God of Carnage at Provincetown Theater

Boys Will Be Boys 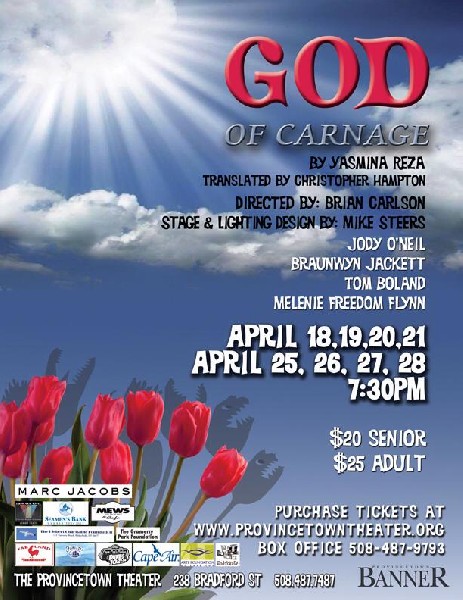 Poster for God of Carnage. 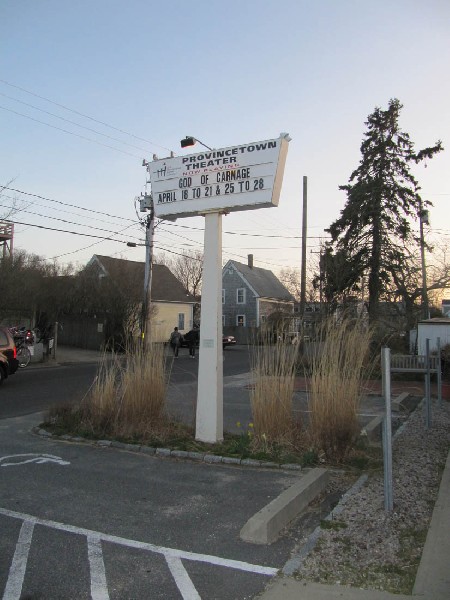 The Provincetown Theater has launched its 10th season. 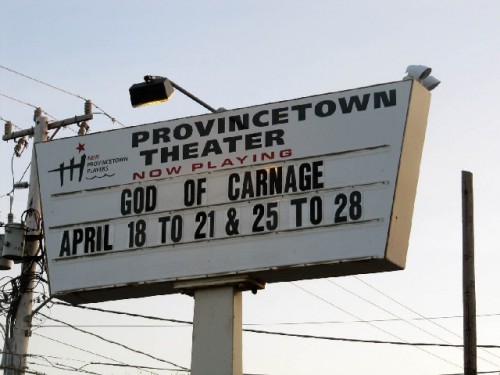 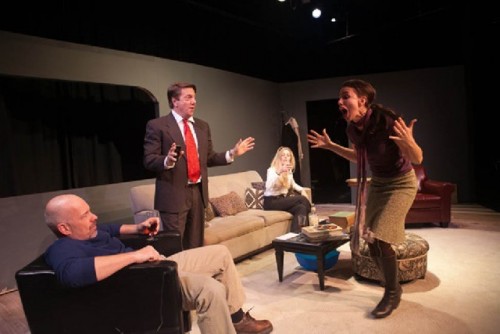 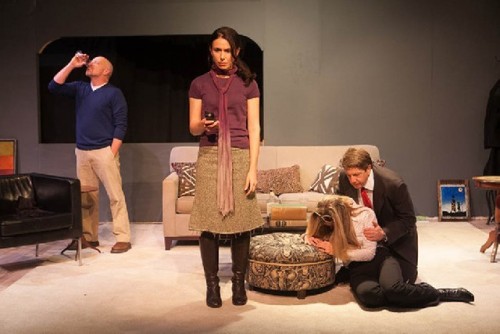 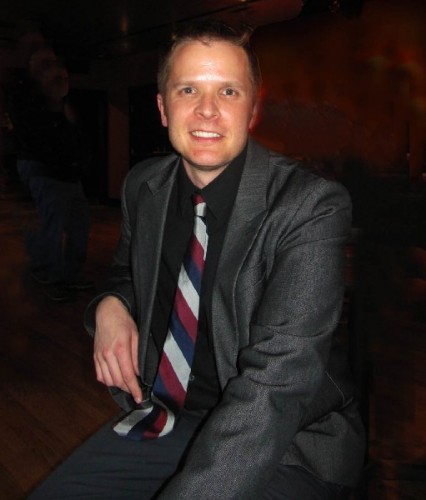 It was a directorial debut for Brian Carlson. Giuliano photos. 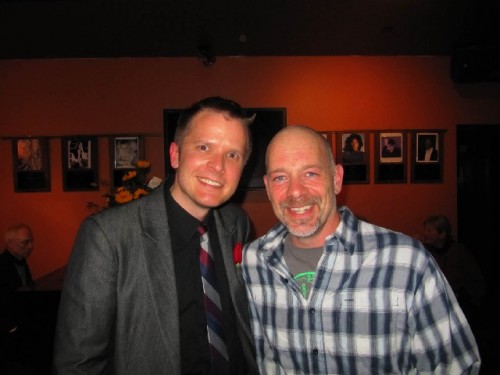 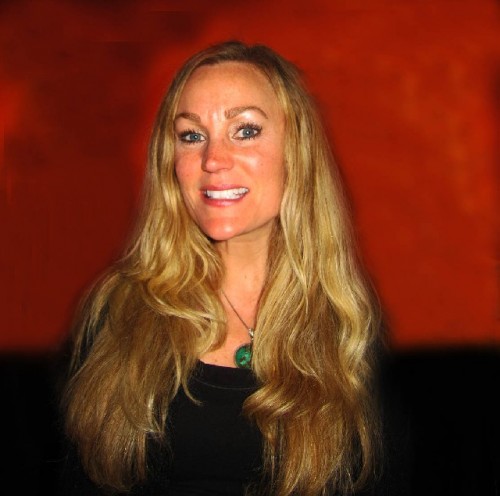 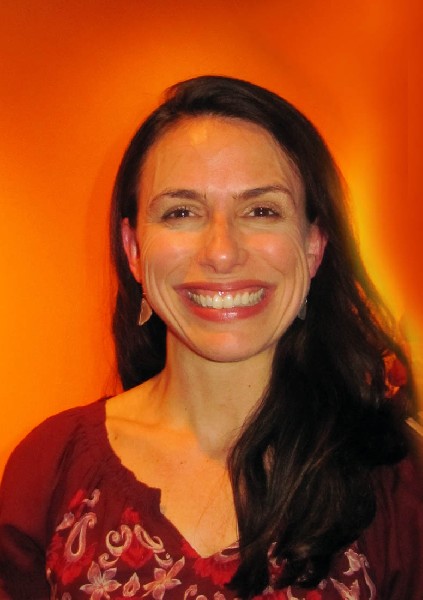 Following a winter of renovations the Provincetown Theater launches its 10th season with a zesty, carnivorous production of Yasmina Reza’s comedic romp through class struggles and the battle of the sexes, God of Carnage.

Greeting the audience on opening night Brian Carlson announced that it was his directorial debut. He had never been on stage before relocating to P’Town several years ago and thanked the company for their support and opportunity.

God of Carnage would seem to be an obvious choice for such a venture as its chaotic spin on upended domestic tranquility has been produced in seemingly every city in America. Now in P’Town where it continues to amuse and delight through April 28.

This is actually the fifth time that a review of the play has been posted to Berkshire Fine Arts. I covered it on Broadway, Jack Lyons in LA, Mark Favermann in Boston, and Susan Hall in Chicago.

When a play is that familiar and widely produced one tends to observe the nuances and details.

I anticipated, for example, that the tulips would be airborne. That shocked me on Broadway and seemed like such a waste of beautiful flowers. It was the dead of winter and one imagined the cost of those flowers for each performance. Now, at least they are in season and generously provided by Provincetown Florist.

When translated from the original French the play was relocated to the upper middle class community of Cobble Hill in Brooklyn. It is set in the apartment of Michael Novak (Tom Boland) and Veronica Novak (Melenie Freedom Flynn). He has a successful business selling plumbing supplies. She is in the arts and writing a book on the disaster in Darfur.

Because of an altercation that resulted in their adolescent son Henry being bashed in the face by Benjamin they are meeting with his parents. While the Novaks live in the same neighborhood with the Raleighs we immediately understand that the visitors are more upscale. Alan (Jody O’Neil), dressed in business attire, is a sleazy corporate lawyer (aren’t they all). His trophy wife Annette (Braunwyn Jackett), both rich and thin, is in “wealth management” with, we assume, a side line of shopping.

The initial mood of the play, which starts rather stiffly, is one of civility. While the meeting is to sort out Benjamin smashing Henry in the face with a stick Veronica is treating it as a social occasion.

After some initially awkward conversation she serves beverages and delicious clafouti. She explains that it uniquely combines pears and apples. When her pastry is well received by the guests there is some conversation as to whether clafouti is a torte, as in  sacher-torte, or a cake.

While it is always nice to entertain neighbors this is hardly a Martha Stewart moment.

Veronica insists that they collaborate on a statement and further wants Benjamin to apologize to Henry.

This leads to complications as Alan, lawyeringup, insists on language that limits the liability of his son. He offers to “contribute” to the dental repairs of two broken incisors.

It seems that is covered by insurance and not really the point of the meeting which is more about the blame game.

There is a momentum shift as that entails exploring the motive of why Benjamin assaulted Henry. It seems he was called a “snitch.” And isn’t Henry also a snitch for ratting out the assailant to his parents? They are just kids after all and Alan sends everything off kilter by stating that Benjamin is a “savage.” For which, as a dad, Alan seems to take some primal pride casting Henry as a wimp.

By then, well, the shit hits the fan.

Barf actually as Annette blows her lunch all over the coffee table soaking rare, expensive, art books. Something about that clafouti.

Overall, the performance escalated into a comic frenzy that delighted the audience. Once off the leash, and having abandoned all pretenses at civility, the cavorting actors were truly hilarious.

There were, however, aspects of the set, costumes and casting that were off putting.

The intent is to convey an upper middle class apartment. While I understand the budget constraints of an emerging theatre company the set designed by Mike Steers resembled a yard sale. No two pieces of furniture appeared to match. That made it impossible to signify the social status of the couple.

Nobody was credited with costume design and perhaps that is just as well. Alan looked just fine in his suit and red tie with a jeweled stick pin. Michael was attired too generically to describe. The two women were entirely mismatched. Annette wore expensive, spiked leather boots and was over accessorized in gaudy costume jewelry. She had a truly hideous oversized hand bag. A plot point when its contents were dumped on the floor mid argument. There was no logic to why her top coat had loops but no belt. Veronica appeared to be outfitted through Goodwill. The hemline of her enervating wool skirt was frayed and stringy. It was impossible to determine whether or not that was a fashion statement.

Michael is generally noted as the most grounded and likable of the quartet. He is an unpretentious, accommodating, down to earth guy. The drift is that he’s a self made man. But, as originally portrayed by James Gandolfini on Broadway, with the canny, twisty smarts of, well, a Tony Soprano in the plumbing business. In the Broadway production I saw Michael was played by Jeff Daniels who had originated the part of Alan. By then performed by one of my favorite actors, Dylan Baker.

With those actors and performances in mind, the curse of an overly familiar play, it was hard to wrap my head around the Michael of Boland. He seemed too much the blue collar worker and not enough the successful business man to stand up to the arrogant and indifferent Alan.

Michael's halo is tarnished when it is revealed that he abandoned the family hamster to the call of the wild. Horrified, Annette accuses him of animal cruelty. His excuses don’t spin well.

Compared to the unpretentious, phony, but generally likable Michael we have the dichotomy of Alan the total jerk. It’s clear that he had been dragged to the meeting by Annette. He is constantly on the cel phone negotiating a strategy for a client. It seems the drug company he represents has a new miracle drug that has fatal side effects.

He advises the client not to take the drug off the market as that would be an admission of liability.

Overhearing the dialogue Michael discovers that it is the very drug being prescribed to his ailing mother.

During a struggle Alan’s whole world falls apart when the offending cel phone is grabbed and dropped into the vase of tulips. He devolved into a melt down assuming a fetal position.

When the couples take the gloves off, and then turn on and undermine each other, the women command the stage.

The tipping point occurs when Michael decides, screw the tea and clafouti, whipping out the designer, ten year old rum. Pouring himself a tumbler full he generously offers it to the guests. But struggles to keep the bottle away from Veronica.

Here Carlson’s direction was confusing. We really didn’t get the full impact of Veronica budding. It was less than a falling off the wagon moment. Instead, our attention was diverted to Annette who appeared to be the most smashed of the four actors. One sensed that she was the one with the drinking problem while, for all that booze, the others remained relatively sober.

Overall, this was a solid directorial debut for Carlson who whipped the actors into a frenzy which left the audience hungry for more.