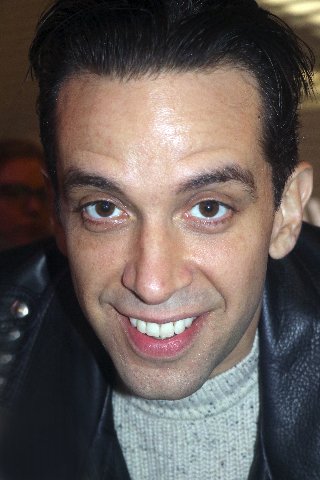 He is hospitalized at Cedars-Sinai Medical Center in Los Angeles, where he lives with his family while performing in "Rock of Ages."

In 2017 we enjoyed his Broadway performance as Sonny in “The Bronx Tale.”

After the show I interacted with him and, Italian to Italian, asked about the role.

As a Canadian. and remote from the Italian American culture of the Bronx, his convincing performance was entirely a feat of superb acting.

"They had him on blood thinners for the clotting, unfortunately the blood thinners were causing other issues," his wife, Amanda Kloots, said Saturday. "The right leg will be amputated today."

She started the hashtag #wakeupnick on Instagram and shared an update that his surgery had gone well.

"He made it through the surgery, which is really big because obviously his body is pretty weak," Kloots said. "Hopefully he'll just kind of relax and rest."

There is a GoFundMe campaign to help them pay for hospital bills and make their home wheel-chair accessible.

They are grateful for support in a time of need.