Ragtime at LA's The Kentwood Players 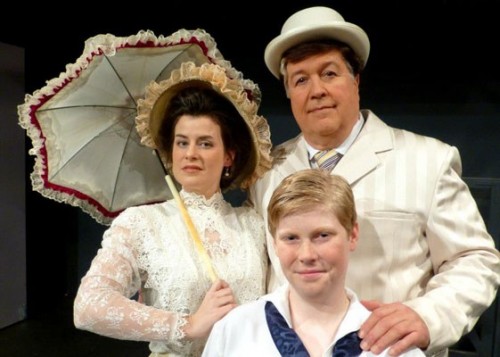 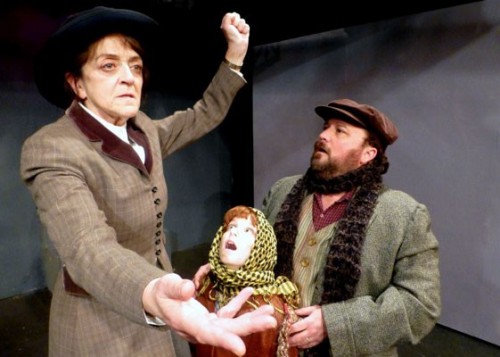 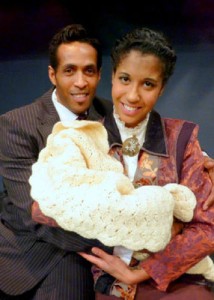 Our son will travel with head held high, just as far as his heart can go! 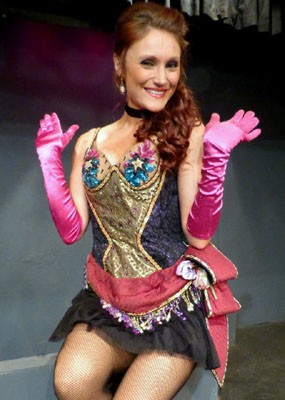 The Kentwood Players is one of the oldest community theatres in Los Angeles.   Now in their sixty-third year, the Westchester/LAX-based theatre group boasts a long and distinguished, award-winning track record; presenting over 300 productions at their permanent home, The Westchester Playhouse, just since 1961.

The production of “Ragtime” written by Terrence McNally, with lyrics by Lynn Ahrens, and music by Stephen Flaherty is based on E.L. Doctorow’s novel of the same name.  The musical is brilliantly directed by Susan Goldman Weisbarth, and, thanks to her musical director and creative cohort Bill Wolfe, this impressive production just soars with 43 voices and performers on Kentwood’s somewhat undersized stage (the theatre seats 115 patrons).  But oh what magic doth appear when good source material, creative talent and inspired direction abound.  Not many community theatres have the ambition, talent or the gravitas to even think about mounting a production as daunting as “Ragtime”.  But the Kentwood Players have always been a company of players and creative talents that thrive on challenge.  The result from producers Margie Bates and Gail Bernardi is a triumphant evening of sublime theatre.

Breathing life into the main characters within each group are: handsome leading man Deus Xavier Scott as Coalhouse and Joanna Rose Burwell as Sarah. Their on-stage chemistry produces moments when their singing voices have the poignancy that is reminiscent of “Porgy and Bess”.  Jennifer Sperry as Mother, is not only lovely to look at, she has a lovely, sweet soprano voice to enjoy.  Rocky Miller as Father lends his lyric baritone along with a solid portrayal as Father and epitomizes white suburbia at the dawn of the 20th century.  Logan Gould as their son brings an appealing quality as the narrator who sets the stage story and begins the musical show.  Bradley Miller as Tateh, the immigrant from Latvia, compellingly embodies the work ethic of the old world, and the desire of the country’s new citizens to build a life based on their own efforts.   Making sure new citizens aren’t being exploited by “capitalists” are the watchdog Emma Goldman’s of the world.  In the Kentwood production, Emma Goldman is fiercelyl played and sung by Joanna Churgin.  With 43 performers in the show, to list them all would not be possible.  Suffice it say this stunning production artfully captures the essence of the period.

In the technical department, a great deal of the show’s success and appeal is due in part to Set Designer Jim Crawford, whose creative design allows for 43 performers to sing, dance, and act in a space that would challenge the best of designers.  Lighting designer John Beckwith, provides just the right amount of light allowing for the full appreciation of Costume designers Maria Cohen, Sheridan Cole Crawford and Jayne Hamil’s impressive efforts.  The costumers created, not only accurate costumes of the period, but costumes that have wonderful functionality and color.  As a result, Choreographer Victoria Miller has full sway to put her dancers through their paces without having to worry about restricted movement due to costumes.

Director Weisbarth and her creative team can take credit for a visually appealing cast that elevates “Ragtime” at the Westchester Playhouse, well beyond the level of “community theatre”.  If you find yourself in Los Angeles on a Friday, Saturday, or a Sunday, during this summer, by all means plan on catching one of their productions.  You won’t be disappointed.