Direct from Hollywood to Broadway (Off) 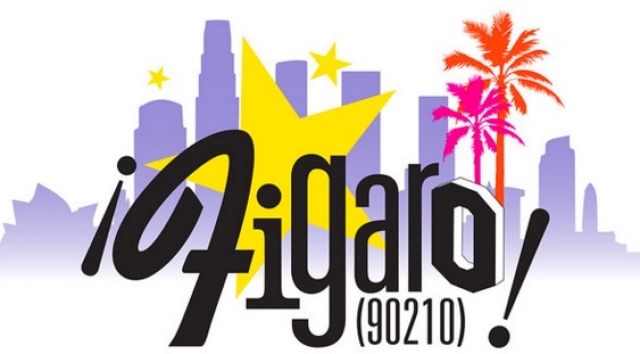 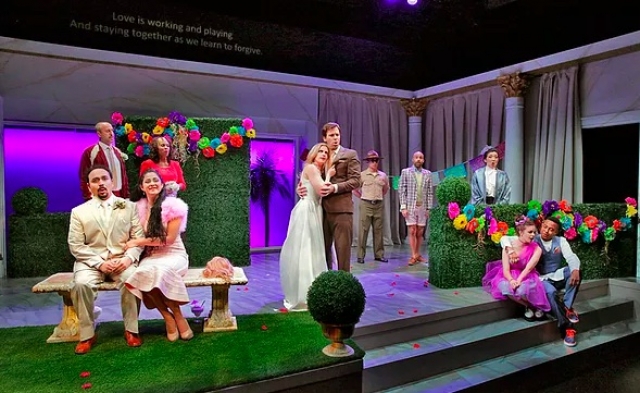 Figaro 90210 All's well that ends well. Louis XVI, with uncanny prophetic insight, said of The Marriage of Figaro: "For this play not to be a danger, the Bastille would have to be torn down first." Napoleon famously described it as "the Revolution in action". 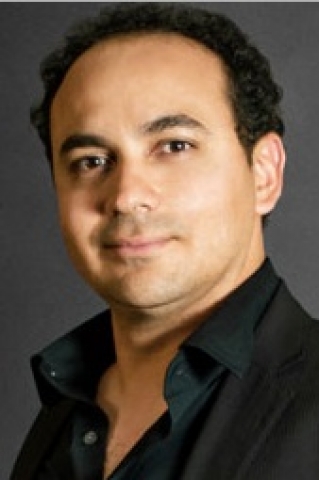 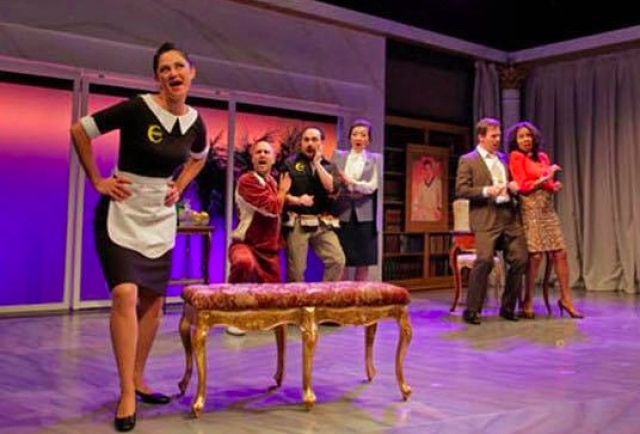 A sassy Susana who sings beautifully 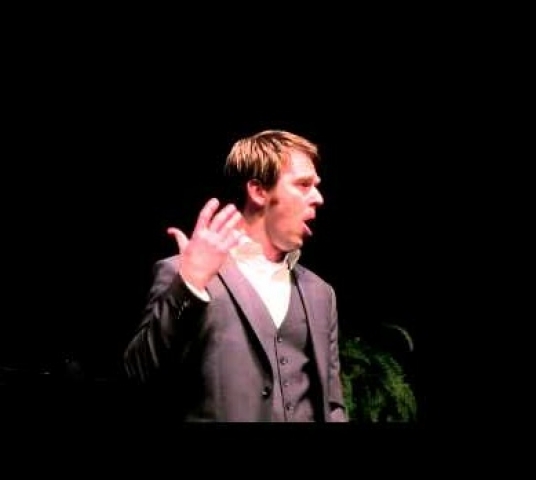 Luke Scott as the modern Duke in a star take as a Beverly Hills mogul who can be loosey goosey when sex is involved. 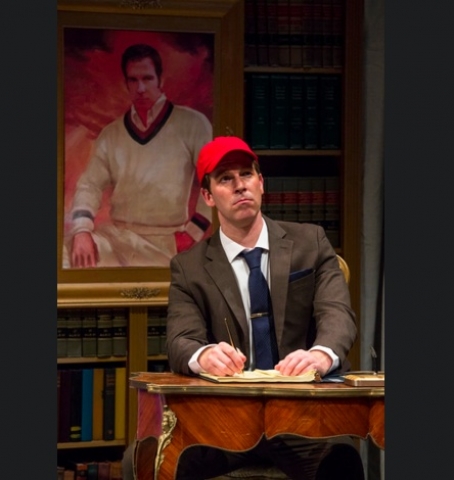 The Duke is modeled on another leader. Luke Scott sings magnificently despite his somewhat challenged character. 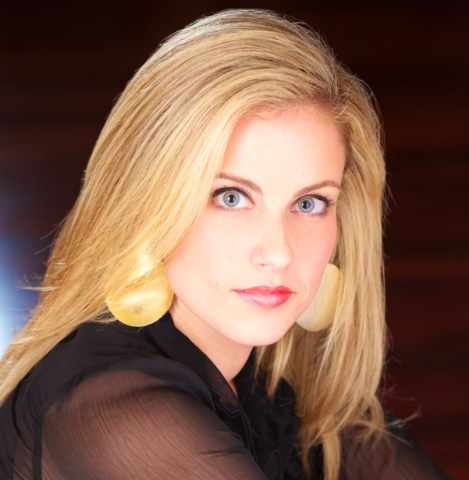 Raquel Suarez-Groen, such a wicked and sexy Roxane that it's hard to believe that her mother attends every performance. 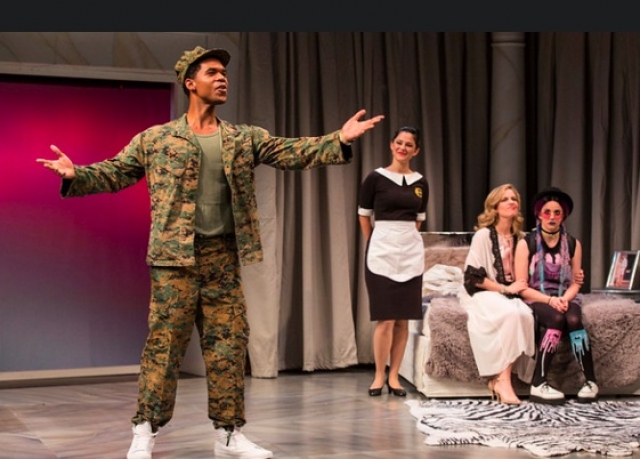 Christin Byrdsong asL'il B sInging his way out of the Army. 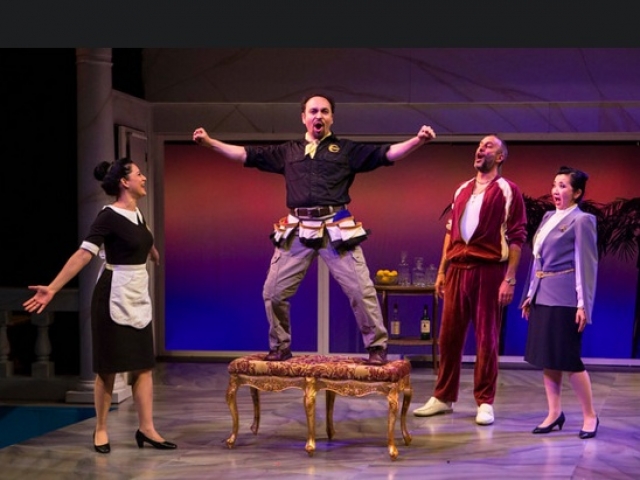 José Adán Pérez, a lost son with his future wife and his newly found parents Pérez is an artist who can sing and act, and probably can do anything else as well. Your perfect immigrant. 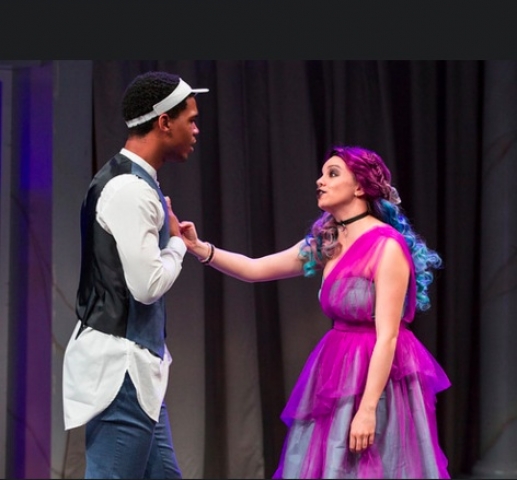 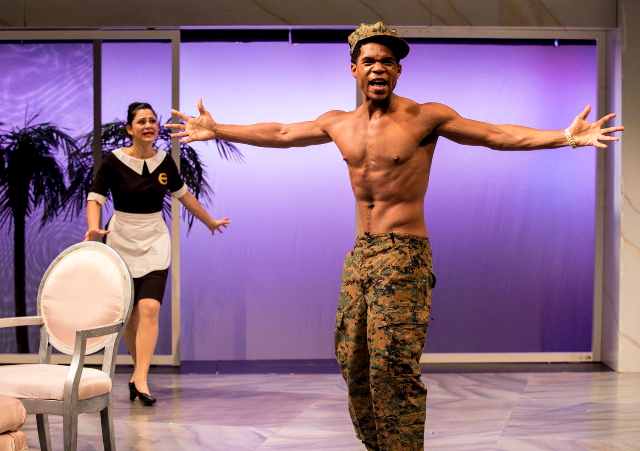 Christin Byrdsong is L'li B, aspiring lover of the Contis' disaffected teen, apple of his mother's eye and willing to change his style for love. He is modeled from Cherubino and dresses in drag from time to time. A wonderful actor, he can sing like a Byrd-song! 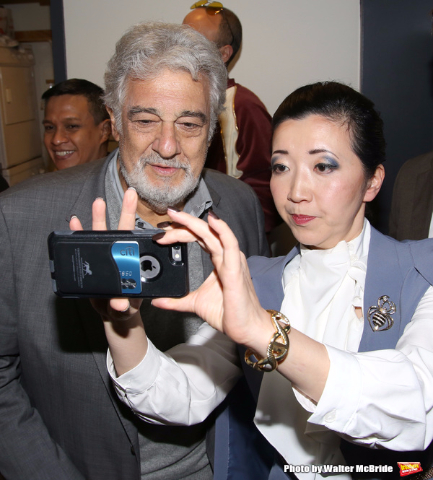 Placido Domingo loved the show and the singers, including Sahoko Sato Timpone 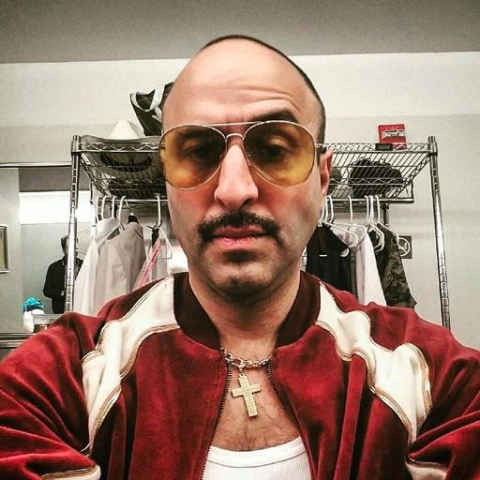 Ethan Herschenfeld. Yes he's a bandit, but he's a proud Dad and a wonderful singer too. 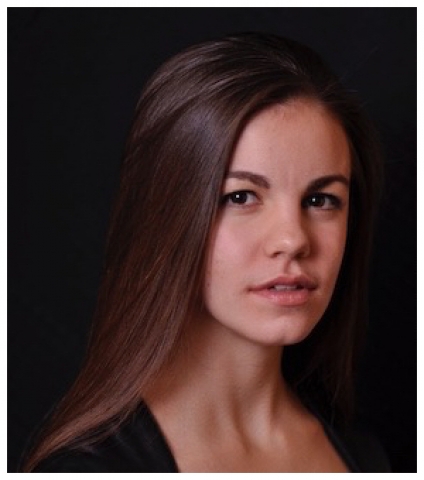 Emma Grimsley dislikes grownups so much that she does not want to grow up. Yet she sings like one! 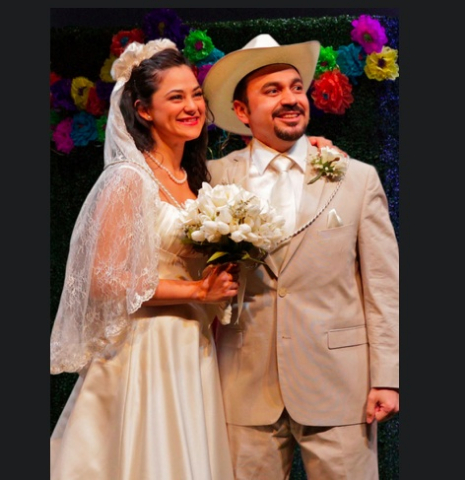 Pierre Beaumarchais’ play The Marriage of Figaro or The Follies of the Day was written in 1784. Society had sharp class divisions then. Implicit in Beaumarchais’ witty and warm development of character was the radical notion that we are all in life together, each and every one of us. Thomas Picketty called our attention to the disastrous divide between top and the rest of us today.

Mozart followed Beaumarchais closely. So does librettist Vid Guerrerio. Playwright, composer and librettists open with Figaro measuring the marital chamber he intends to occupy with his bride to be, his fellow servant Susana. "Figaro. Eighteen feet by twenty-six, good. Susana. What art thou so busy about?” And so on.

Guerrerio has taken Mozart’s music and written a new text for characters that very much could be Beaumarchais’s. In doing this, he has created a version of the opera that feels very now.

Recently hanging out in Big Bend National Park on the Texas-Mexico border, all talk was focused on a one hundred foot high igneous mound that formed a natural wall just beyond the Rio Grande. Traffic across the river had slowed down. In the course of the updated Mozart, Mrs. Soon-Yi Nam has her lucrative border-crossing business dry up.

Peter Sellars presciently set his 1990 version of the opera on the 52nd floor of the Trump Tower in New York. At the time, Sellars pointed out that this was a natural location because it was one of the few buildings that still had liveried servants.

Now we are in Beverly Hills, whose zip code became nationally famous on a TV series titled 90210. While the Southwest and West immigrant experience is different from the eastern one, today’s politics have stretched immigration issues across the entire country.

The updated opera is hilarious. All the singing actors bring to their individual characters voices that are rich and illuminating. Action is packed with gesture, silly and often touching. Singling out artists, including the creative team, would be unfair. This is a team effort very much in the spirit of the original creative team and also the national team for democracy that is our country’s strength.

Everyone in Figaro is of equal importance and by the end of the opera, something important has happened to every one of them. In a moving coda sung by Samarie Alicea as Susana we are reminded of this.

Librettist Guerrerio has written: “I hope you’ll find this updated version of one of the greatest operas ever written both respectful of the original, and relevant to your own life in today’s America. …I’d be happiest if you left the theater humming, laughing and simply loving The Marriage of Figaro as the brilliant musical comedy I’ve always believed it to be.”

The future of opera is assured by moving and lively productions in intimate settings that engage audience not so much by wowing them with mile high sets, but rather with characters that engage, beautiful music and an invitation to delight and empathize. It is not surprising that this opera was incubated by a staff member of the inspired Santa Fe Opera.

Mozart the composer would have enjoyed Figaro 90210. Certainly today’s audience does. It should travel from sea to shining sea in America. It’s hard to imagine a livelier and funnier treatment of current issues and the opera form.