Six Characters in Search of a Puppeteer 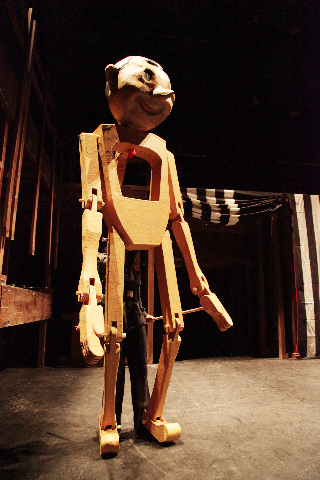 Pinocchio, One of the Six Characters 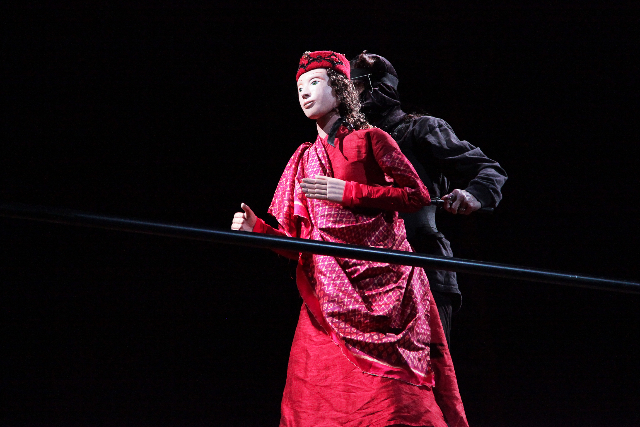 Jocasta Gets Her Man 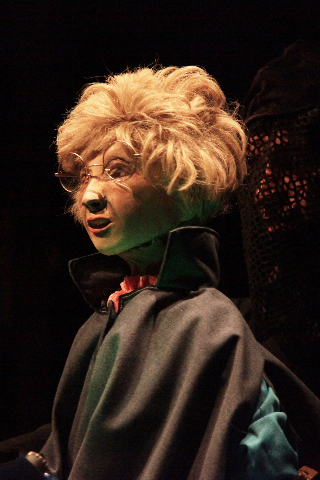 Margaret Mead leads us through the family. The great Estelle Parsons speaks for her. 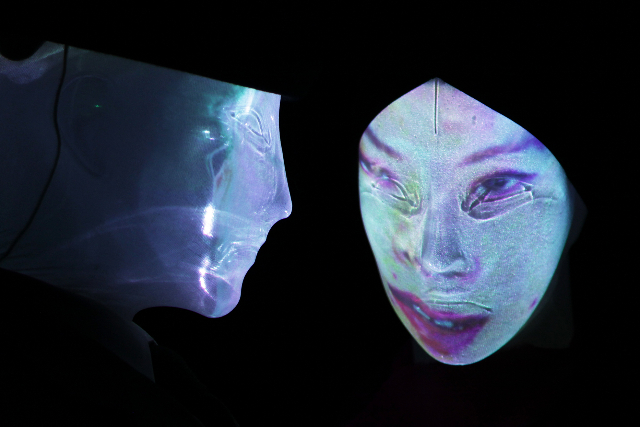 Exotic masks unlike anything you've ever seen. 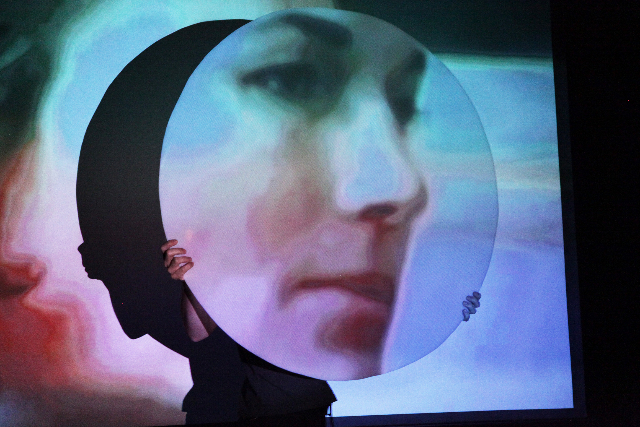 Theodora Skipitares jumps off from Pirandello's Six Characters in her provocative exploration of the family unit and its survival over time. Pirandello remains a character, but Margaret Mead is the tour guide as we look at classic family groupings,  which are most often dysfunctional.

Jordan Morton, a composer who performs on the double bass and also sings, brings a special texture to the evening.  Apparently these are the first puppets she has gotten to know well.

Gepetto's Piocchio is the first character to appear.  Pirandello notes that puppets never grow old.  Their creators and actors are born, live and die.

Pinocchio wanted to become human, despite the perils of death.  For him to even get to the starting line, the barre was unimaginably high.  He was to become moral, not lie, and be good.  Most creatures born human don't achieve these goals over a lifetime.

Three Pinocchio puppets duel with each other.  One comes from Disney, one is old-fashioned and the other a giant.  Their struggle to become human does not resemble the single-cell amoeba emerging from the ocean to finally stand on two legs and use an opposable thumb.

Oedipus answers the taunting riddle of the Sphinx correctly and is able to unite with his mother Jocasta, who stands atop raked bleachers from which the audience will watch the second part of the show.  Jocasta the puppet is regal in red and Oedipus considerably less than kindly as he kneels before his mother and wife, beginning his precipitous fall from grace.  The scene is at once disturbing and thrilling.

The audience is then led into a second space at the back of the stage.  Here reference is made more directly to Pirandello's family: a beleaguered wife and mom, her husband and a molested stepdaughter. The young girl will morph into the Bad Seed who murders anyone who crosses her.

The most brilliant puppetry of the evening are vinyl or plastic ovals lit from the inside.  The eyes and mouths move.  In the darkness, they flit like fireflies as beams of light leading nowhere.

We crescendo into clips from An American Family, the first reality show based on the Loud family of Santa Barbara, California.  The real family is the drama and there is no author in between.

The answer to the family's survivability must be dysfunction.

At the end, Skipitares presents Flint and the pollution of its water supply. Mead however gets the last word.  Visiting the American Museum of Natural History's recent dinosaur show she is struck by how quickly dinosaurs died out after the climate changed.  Is this our fate?