One Flew Over the Cuckoo’s Nest

College of the Desert (COD) Production 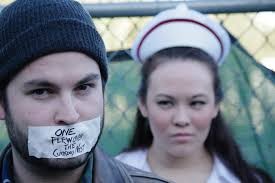 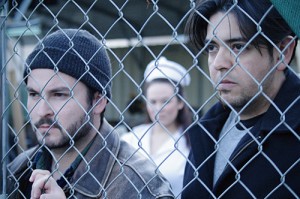 An all student cast in a terrific production.

Young people in particular, love to rally around and support wily, charismatic, iconoclastic, charming rogues.  That’s why the seductive “The Pied Piper of Hamlin” fairy tale was so popular for decades.  What goes around is still coming around.

The fascination with thumbing one’s nose at authority has always resonated with the young no matter the subject or the circumstances, even when proved wrong later on.

In the College of the Desert (COD) production at the Pollock Theatre, “One Flew Over the Cuckoo’s Nest”, director Tres Dean gives full rein to his talented cast to do just that which they do in spades.

The Dale Wasserman written play, based on the novel by Ken Kesey, is a classic study in the role of institutional authority vs. the rights of the individual.  Nurse Ratched (a cool and detached Jennifer Kiehl) in her clashes with patient Randall P. McMurphy (a wonderfully wild, disruptive, and unpredictable Shawn Abramowitz) brooks no interference to her authority and her total control of the Ward and its patients.

When McMurphy arrives on the scene he seeks to change all the rules, to suit himself, and to show the Ward patients what freedom from authority can be like.  But a victory in his war with Nurse Ratched comes at a terrible price.

Long term conditioning, be it with institutionalized patients or domesticated pets, produces a climate and a relationship that fosters a dependency and a reliability on the actions of the “controllers”.  The result being that very little change can take place when change is the goal.  Rogue authority figures, like Nurse Ratched, rely on a No Change policy.  But when challenged they have resources available that are almost impossible to defeat.  All this is not lost on her Ward patients.

The talented cast, all students of the College’s theatre arts department, with a few exceptions, performs in a professional manner under Dean’s creative and encouraging direction.  With nineteen in the production it’s difficult to list them all, however some do standout.  But the production is an excellent example of a solid ensemble effort.

Shawn Abramowitz is outstanding as Randall P. McMurphy, as is Jennifer Kiehl as Nurse Ratched, (who produced a tiny chorus of faux boos during her curtain call, which made her lovely smile become even broader).  It’s the exact reaction she wanted from the audience.  She is one of the department’s solid anchors and looks forward to a career in the arts.  Gazpar Asencio as the stoic and silent Chief Bromden, is solid in his performance.  Johnny Bolth as Billy Bibbit, delivers a memorable performance as the sensitive, stuttering, young patient in the Ward, and Miranda Hane turns in a nice Nurse Flinn portrayal, as does Anthony Gomez as Dale Harding.  Gomez, however, according to program notes, is seeking a career in politics.  Well, the theatre has been known to be an excellent training tool for that profession as well.

“One Flew Over the Cuckoo’s Nest” validates COD’ s standing in the community and its mission that colleges and high schools have an important role to play when it comes to preserving the arts in our institutions of learning.  Remember, a great nation deserves great art.  So let us all continue to support the arts.

Reposted with permission of Jack Lyons and Desert Local News.