To Leaflet During Gala Opening 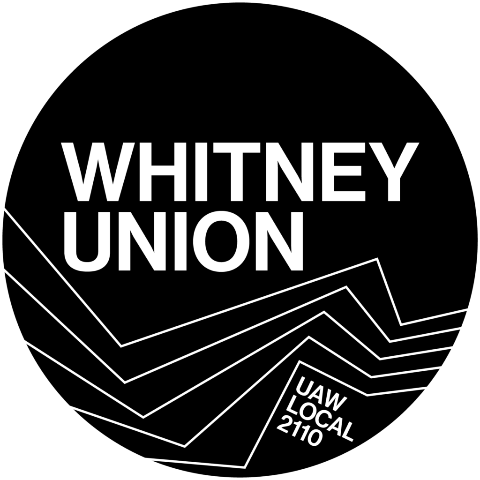 Unionized staff at the Whitney Museum of American Art will be outside in front of the Museum for tomorrow evening’s VIP opening of the 2022 Whitney Biennial, handing out leaflets with information about union negotiations. The Union, consisting of almost two hundred professional, facilities and visitor services workers has been negotiating for several months for a first contract. Despite the Museum’s wealth and cache, half the staff earn less than $20 per hour, and many workers are classified by the museum as either part-time or “temporary” without job security or any benefits.

“The Museum has yet to respond to wage proposals we made months ago,” says Jessica Pepe, an Associate Registrar at the Museum. “Our priorities are to establish a living wage floor for the positions that have been classified as entry level; and raise pay rates for mid-level and professional positions at the Museum to a sustainable level that allows us to have real careers at the Museum.”

Derrick Charles, a Visitor and Member Assistant says, “I was working as a part-time Membership Assistant when the Museum shut down in March of 2020 because of the pandemic. I was let go and then rehired when the Museum reopened later that summer. I have been working steadily at the Whitney since and my position has no foreseeable end date, but the Whitney says that because of the pandemic, my position is now considered temporary for the foreseeable future,”  He adds, “I’m not the only one in this position. The Whitney is categorizing most of the lower paid people in visitor services and gallery assistant positions as temporary. Our temporary status means that we don’t receive any benefits.”

“Our presence at the Biennial is to show the Museum leadership that we are determined to win a fair contract,” says Sandy LaPorte, Facilities Supervisor. “We voted overwhelmingly for a union and we want the Museum to negotiate seriously,” he added.