The Lyons at Indy's Phoenix Theatre 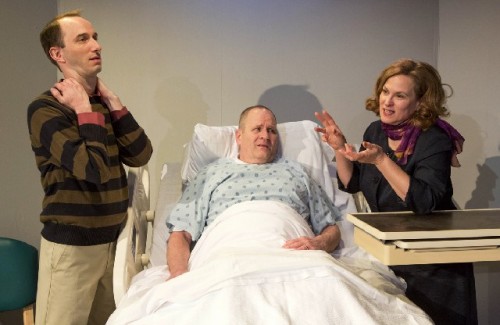 Even on his death bed Ben Lyons (Charles Goad) canâ€™t enjoy a minute of peace. 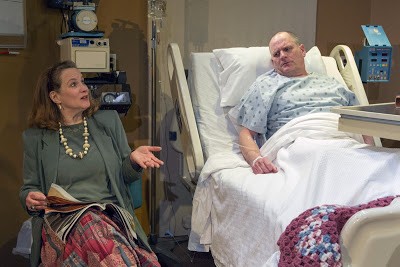 To his last breath Ben is tormented by his wife Rita (Diane Kondrat). 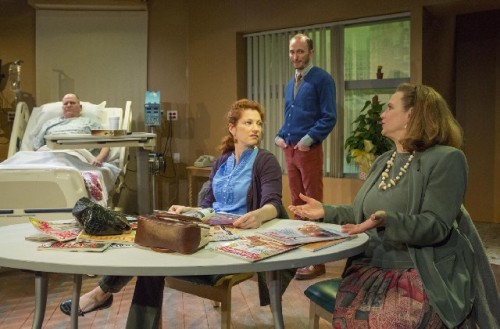 Chaos prevails when the kids pay a last call.

Over the past 25 seasons Diane Kondrat has performed in dozens of roles at the Phoenix Theatre in Indianapolis. Now she can be seen for the final time in the Hoosier state playing the handpicked role of Rita Lyons, the matriarch of a dysfunctional New York family in the Frank and Katrina Basile Theatre.

This part is perfect for Kondrat, offering  a chance to showcase both her comedic timing and dramatic prowess. The Lyons provides a tightly-wound look at the unique intricacies of one family’s dynamics. It’s a black comedy providing wildly funny lines, but each clever barb cuts another character to the core.

Rita is a piece of work. In the opening scene she discusses design ideas for a new living room with her husband. Quickly you realize she’s asking her husband what he thinks of these new ideas with the full knowledge that he’ll  soon be dead  and not around to enjoy it. There is no love loss between the two. Though the couple has been married for 40 years they treat each other with utter contempt.

Charles Goad is Ben, Rita’s long-suffering husband. At the end of his life he has decided to let go of any veneer of politeness and let everyone know just what he thinks of them. That death bed honesty is both amusing and brutal. Goad is excellent in the role, conveying a wide range of emotions as he readies himself for the end.

Their daughter Lisa (Angela Plank) is a single mother trying to keep her alcoholism at bay. Their other child, Curtis (Scot Greenwell), is in his own father’s words, “creepy.” The pair grew up watching their miserable parents undermine each other. As adults they have no idea how to find a healthy relationship. They’re both lost and alone convinced that they don’t deserve happiness.

Each of the characters in the cast walks a delicate line between neurosis and vulnerability. They’re trying to find a way to stave off loneliness, settling for any crumb of human connection they can find. They are each hilarious and heartbreaking in equal measures. Their cruelty towards each other knows no bounds. Because of that they have each created a prison of loneliness.

The first act is particularly well-crafted. It’s an unending stream of personal attacks and each relationship has a minefield of past wrongs and grudges. Blood might be a tenuous bond, but bitterness will hold fast in any storm. It’s like a beautifully orchestrated train wreck; you know it’s going to end badly, but you can’t look away.

The Phoenix Theatre
749 N. Park Ave, just off Massachusetts Ave
Indianapolis, Indiana
Until March 31
Four performances a week
Thursdays at 7 p.m., Friday and Saturdays  at 8 p.m. with Sunday at 2 p.m.

To purchase tickets, call (317) 635-PLAY (7529).
Prices range from $18 to $28.
The play has one intermission and includes adult language
Photos Courtesy of Zach Rosing

Reposted from StageWrite Indy with permission of Melissa Hall