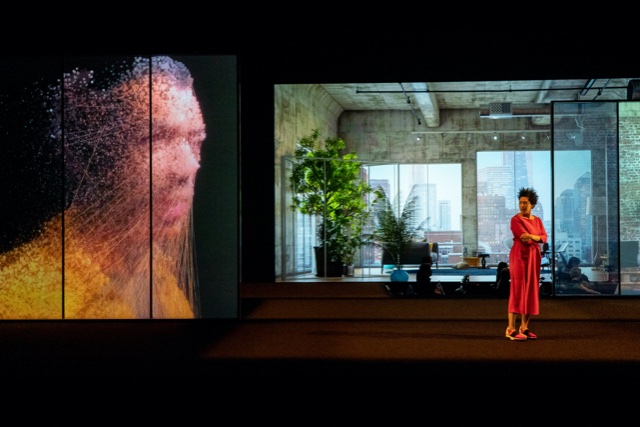 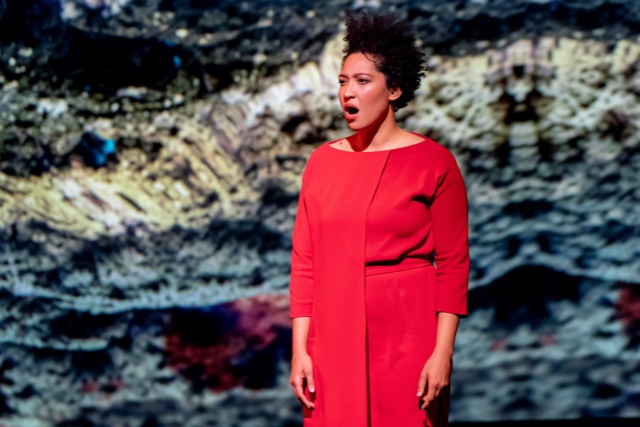 Julia Bullock as the Daughter in Upload 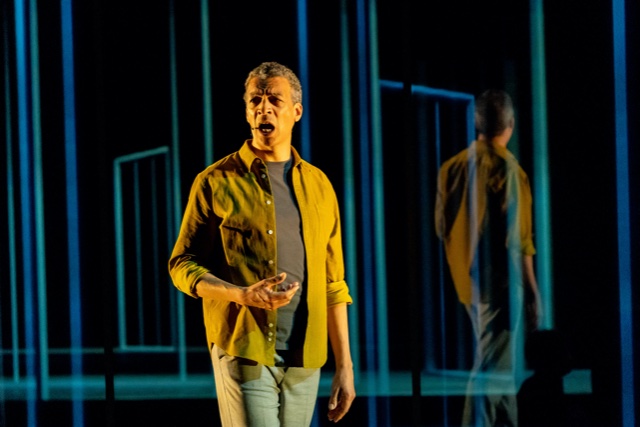 Roderick Williams is the Father in Upload 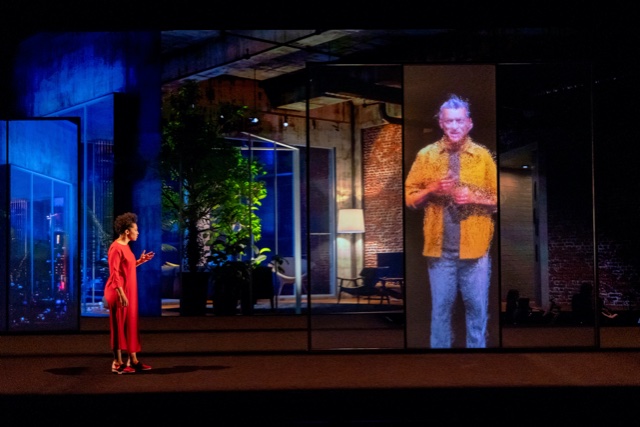 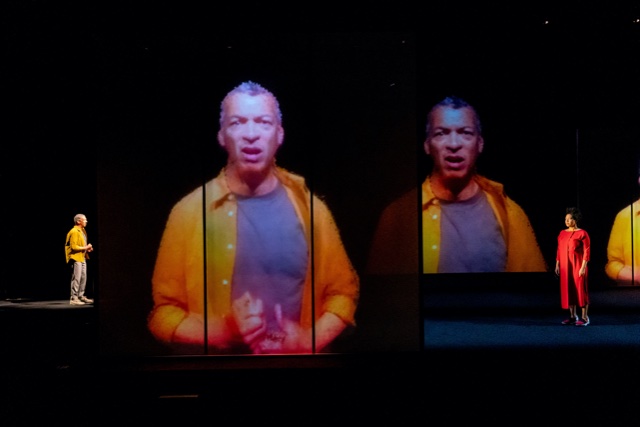 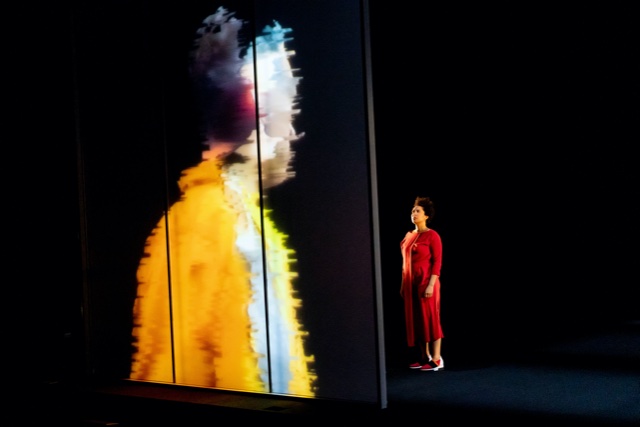 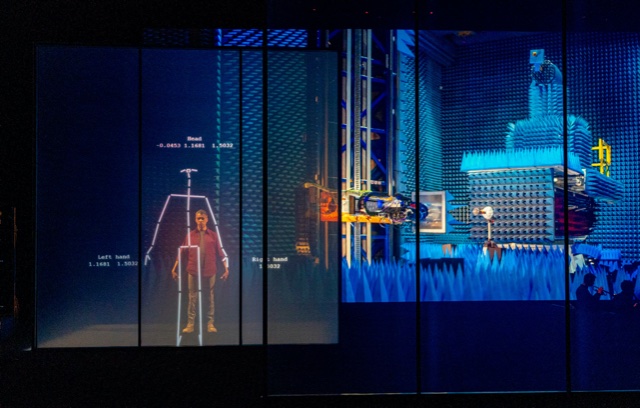 The process of uploading

Michel Van Der Aa's music theatre works.  This is a miracle, because he deploys many instruments, not only a libretto, often based on wild imaginings, yet sensibly based on a very simple story. In Upload, we are in the reverse of the last act of Walkerie. Now a father is defying his daughter, not the reverse.  The Park Avenue Armory mounts a compelling case for this work.

It is Van Der Aa's gift to get us to buy into complex issues that fan and fold out from his work’s core. Here we are dealing with a deep philosophical question: What makes a human? William James' notion that mind and body are both in play is a go-o idea in fashion today, but Hamlet is not the only one to question shuffling off our mortal coil, which has very much to do with leaving the body behind us.

To tell this story, Van Der Aa has written beautiful music for two live singers, here the lush Julia Bullock, so comfortable in her notes as she sings of anguish and pain.  Roderick Williams too is a pleasure to hear.

Both live characters are often projected onto screens throughout the storytelling. The Daughter moves three panels across the stage. Their ratio is three by four and split in different shapes at different moments.  The Father is at home but more often on his journey to ‘Uploading’, the work's central action.

Martin Minsk, the first MIT expert on Artificial Intelligence, had himself frozen at life’s end, hoping, one supposes, that future ‘uploaders’ might bring his intelligence back into being.  (Probably not wise to call this life, which involves the body).

Film is both pre-shot and accomplished live, where we see that actual character and his/her image projected on the moving panels and also a huge screen at the back of the stage are three dimensional, giving us a vivid sense of our presence in the space. A cityscape can be viewed through the family’s apartment windows.

The journey to a laboratory where multi-colored and multi-shaped machines are at the ready for uploads can be through rich vegetation or on elegant pathways.

Van Der Aa's gifts abound.  He has the eye to create an image that informs and pleases at just the right  moment.  He has an ear for the human voice, and does not strain his singers with ungainly leaps and pressed octaves.  His orchestral music fits the story in a special way.  Under the musical direction of Otto Tausk, the instrumental ensemble’s role is to ask questions, to express confusion and difficulties and to urge the plot forward.  It uses conventional instrumentation and electronics in an intentionally disturbing blend.

A surprise blanketing shocks near the conclusion, bringing the audience up close and personal with projections of the performers.

Opera is a multi-dimensional form.  Like this story of the extension of the mind into new territory, this opera incorporates present day technology in unique forms full of delight and surprise.