The Hours Premieres at the Metropolitan Opera in the Fall 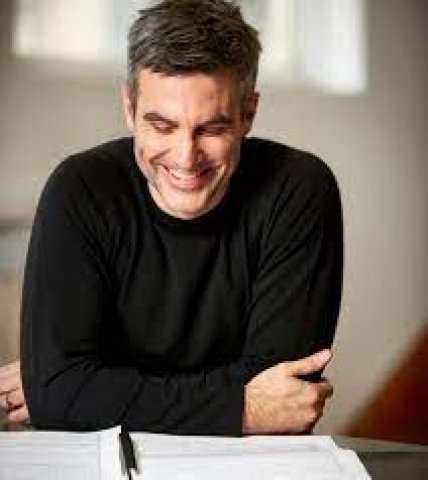 Kevin Puts, composer of The Hours
Berkshire Fine Arts (BFA):  How will you musically address the three different time periods in which the three main characters in The Hours live?
Kevin Puts (KP): I do not make super rigorous attempts at representing the time periods as much as I do in illustrating the situations in which the characters find themselves. One situation which is definitely specific to the era is Laura Brown's inability to be part of her husband Dan's world of post-WWII domestic, suburban bliss. His world is alien and threatening to her, as much as she wishes she could invest in it. I wanted to draw upon the glossy, optimistic Nelson Riddle/Lawrence Welk lushness and sparkliness of that era. It was interesting to discover actually how close this harmonic and textural world is to that of Maurice Ravel and Daphnis and Chloe! So there is some exploration of French Impressionism in Laura's scenes as well.
I think Clarissa's music is, by and large, built on "American" harmonic styles from American romanticists up through Post-minimalism, but this has always been my realm harmonically. There is a kind of post-minimalist rhythmic propulsiveness to a lot of her scenes as well.
Virginia's world is more spare, kind of Baroque in it's gestures, always redirecting itself harmonically, to evoke her sense of feeling trapped in Richmond when she longs for the wildness of London.
BFA: Will you address bi-sexuality and frustrated homo-erotic feelings in the music, and if so, how?
KP; I don't know how to express such specificity in music, but I do know how to express frustration, discomfort, tension, the excitement and release that finally letting yourself go where you have always wanted to go might engender.
BFA: Any remarks on Glass score for the movie based on The Hours, or on Michael Reissman’s piano reduction?
KP: I have always loved Philip Glass' beautiful score for the film, but I went a different direction in establishing different types of sound worlds to tell the story. So the music, with the exception of some ostinati I suppose, bears little resemblance to the film's score.
BFA: Why is the story of The Hours appealing for opera?
KP: What is appealing is that we can do something that is virtually impossible in film or in a book. Music allows for the lines between the three stories/time periods to gradually blur and overlap, through duets, trios etc. until eventually there are no boundaries and the characters exist in a world outside time and space. It was a very exciting prospect once Greg Pierce and I realized what was possible. And when we decided the role of the chorus--which operates primarily in singing the internal expression of the main characters--could be more substantial than in perhaps in any opera in history and could contribute to a rich sound world in conjunction with the kind of orchestration I like, we were further excited by the possibilities of this operatic treatment of Michael Cunningham's incredible work.
BFA: Themes: water, death developed?
KP: There is definitely a theme of water, which is established immediately, in the prolog. And in Richard's apartment, which Greg describes as being almost under water in its dilapidation. I am certain the audience will hear many musical suggestions of water throughout.
BFA: Particularly the book is filled with a sense of the quotidian.  Do you attempt to capture this in the score?
KP: That is a really interesting question and you are right, Michael Cunningham somehow makes the quotidian absolutely riveting in this book. I would say, the kind of opera we are writing, "big" opera for the stage of the Metropolitan Opera makes such a thing challenging and potentially unsuccessful. However, the opera takes place over the course of a single day in each of the three stories. Greg begins each of  these stories with a discussion of breakfast ("Have you eaten your breakfast?" etc). I tried to create a sense of the routine, the everyday in these moments.
Back to Front Page Section Home