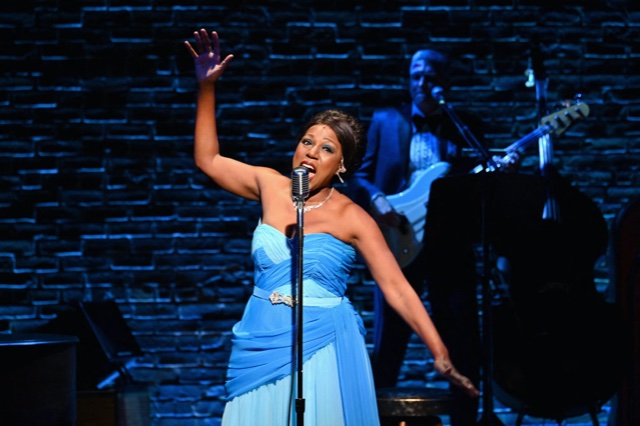 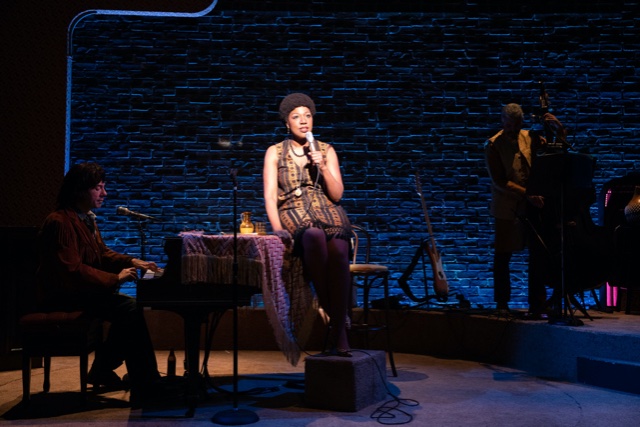 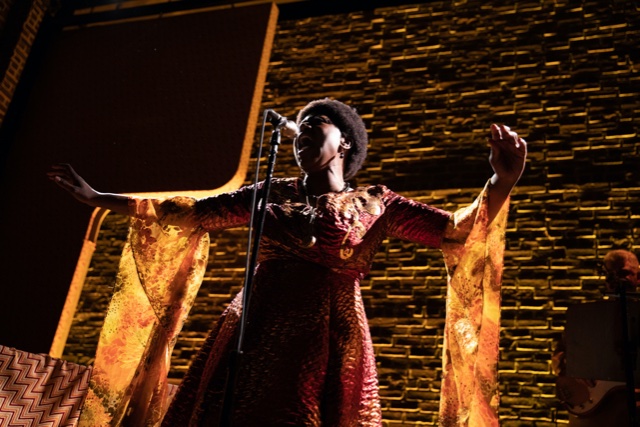 It is 1968, shortly after the death of Martin Luther King Jr. with whom she had marched. The story of Simone’s  life is told with the passion and the fury of the present moment.

Here are some answers we are looking for now. Grit, discipline, hard work. You can go far.

Simone’s father started her on J.S. Bach when she was 4.  A neighborhood white woman, hearing her perform, paid for lessons.  Her teacher said she never had to correct Simone, who was then called Eunice.  Her mother, a minister and a housemaid, insisted that she do Hanon piano exercises for five hours a day.

The summer after she graduated from high school, Eunice came to Juilliard in New York to prepare for an audition at the Curtis Institute. One out of 72 candidates, she was not chosen.  Only three aspiring classical pianists were.  Her family blamed it on race. Given the probabilities, considered opinion thought it was sexism. The field was then dominated by white males.

We learn all of this as Michelle creeps, trots and bustles around the stage, hands akimbo, alert to danger and opportunities.

To earn money, Simone started playing in a small bar in Atlantic City.  She would be playing the devil’s music, pop. To hide this from her minister Mom. she changed her name.  Nina was probably for ‘little girl.’  Simone was after the French movie star Simone Signoret whom she admired.  The owner of the bar said she had to sing as well as play. The rest is history.

In Act I, we watch the upper end of what would later be diagnosed as bipolar disorder.  Simone manages, and directs her energy to song, to a love affair and marriage with her body guard  and manager, and to friendship with Lorraine Hansberry who introduced her to the civil rights movement.

Michelle gives us an over the top, magnetic and passionate woman who overcomes obstacles and does not complain.  Her father promised her Paris. She got Paris for herself.  She dreamed of toting guns and told King she was no pacifist.  Once when someone tried to enter the grounds of  her home in the south of France, she pulled out a shot gun.

Hansberry encouraged her to visit Liberia, a prime re-location destination for slaves and their descendants.

The second Act is quieter and sadder.  Simone fights back against physical abuse and the death of a child kicked out of her womb.

Through it all, she is backed by a group of musicians who helped make her life possible.  On stage in New York, Mark Fifer, Kenneth Salter and Saadi Zain take up piano, bass and drums. Among the many pleasures of this special theatrical performance is the jazz session, which surrounds us.  Fifer is credited with arrangements. The work was directed, with additional; materials provided by Devanand Janki.

Simone hated the word ‘jazz.”  She thought it was used by white people to put Black people down.  No, she was a classical musician.

Above all, she honored in music the Well Tempered Clavier and the French Suites of Bach.  When she was close to Bach, she was in heaven on earth.

In a final musical portrait she describes herself, now a master, playing the master Bach at Carnegie Hall.  Her parents, who were removed to the back of hall when she performed at 12, are now seated in the front row of America’s most glorious venue.

Imagine yourself listening to Love me or Leave me, I Wish I Knew How it Feels to be Free, Angry Black Woman and so many more songs Simone made her own.  This is an enthralling tribute to a great American, who is still showing us the way.  Tickets here.