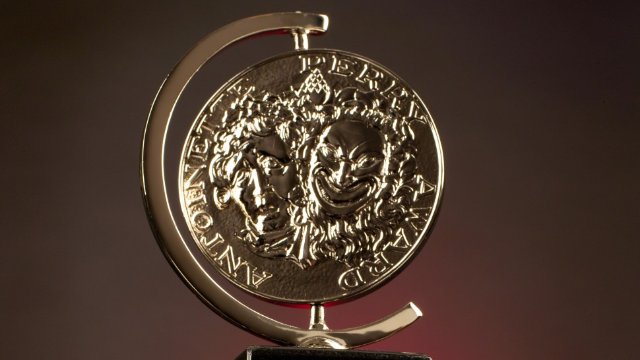 Organizers of the annual Tony Awards ceremony have postponed this year's event due to the coronavirus pandemic.

The American Theatre Wing and the Broadway League announced the postponement in a joint statement.

The annual event, which honors top achievements on Broadway, was to air live on June 7 on the CBS Television Network from Radio City Music Hall in New York City.

"We will announce new dates and additional information once Broadway opens again," the statement reads. "We are looking forward to celebrating Broadway and our industry when it is safe to do so. The health and safety of the Broadway community, artists, and fans are of the utmost importance to us."

Broadway shut down on March 12 due to the pandemic. And while the Broadway League targeted April 13 for resuming productions, it is considering extending the shutdown. The extension would be consistent with the Centers for Disease Control's guidelines. They include the recommendation that people postpone until May gatherings of 50 or more individuals.

The Broadway League is a trade organization representing theater owners and producers.

Meanwhile, the American Theatre Wing is a New York City-based organization. It is "dedicated to supporting excellence and education in theater," according to its mission statement.