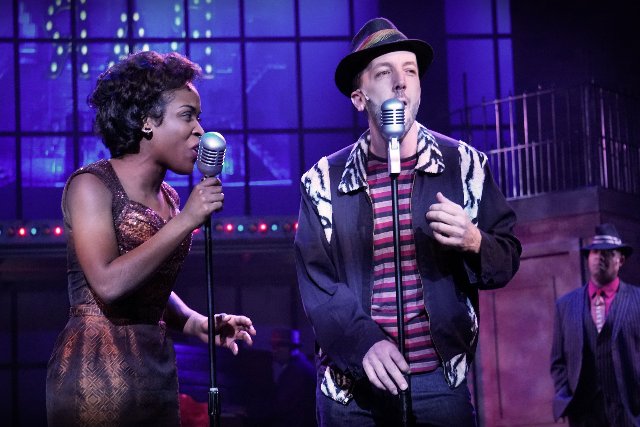 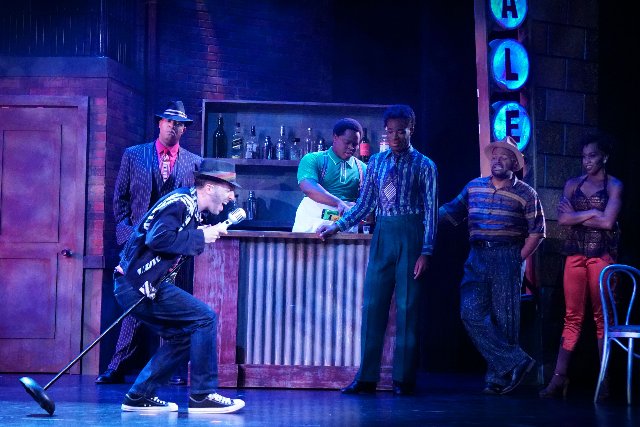 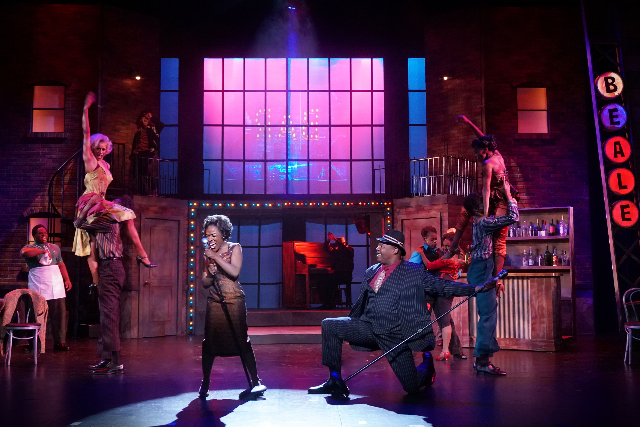 The lyrics resonate chillingly in the wake of the recent mass school shooting in South Florida, leaving 17 dead – and another shooting about a month later in Maryland, leaving two dead:

You gotta believe me

To make all the wrongs

The aforementioned lyrics are from Memphis: The Musical.

This multi-award-winning Broadway show about a man’s effort to change society in 1950s Memphis is a big-hearted, bold piece. It’s filled with humanity and hope during a segregated America. Amid this climate, the unorthodox Huey Calhoun embodies laudable traits. His indomitable spirit infuses many with optimism for a brighter future.

Nobody, however, said it was going to be easy.

Similarly, we know that despite the mettle of today’s young gun reform advocates, they’ll face obstacles. Headlines about gun policy reform may have captured the spotlight from racial relations. Still, Memphis reminds us how much work remains in restoring racial harmony.

While this show is painfully timely, it’s also an inspiring, crowd-pleasing, electric musical. At its core, this is a tale about the power of love, music and the resiliency of the spirit.

The following is evident from Slow Burn Theater Company’s dynamic production, running through April 8: Nearly a decade after Memphis’ Broadway bow, the show delivers the same powerful jolt of energy and rejuvenation.

You still want to dance and sing along to David Bryan’s varied, electric score.

Your desire to pinch the cheeks of eccentric but cuddly Huey remains as strong as his drive to change the world.

It’s easy to admire Huey’s nerve — even if he seems a tad naïve. But it’s this eccentric character’s naivete that endears us to him.

He may be strange, annoying and ignorant to a fault. However, there isn’t a smidgen of meanness in him. Huey’s soul is as pure as a choirboy, regardless of what Delray (a hulking and commanding Dante J.L. Murray) says or thinks about him.

Despite Huey’s noble intentions, the black folks populating the musical see him as a little runt of a redneck white man.

This becomes clear shortly after the musical’s opening. We begin in Delray’s “underground” dance club for African Americans, where partiers are dancing to Rhythm and Blues. A short man in a fedora-like hat and smoking in the background also seems to be enjoying the sound. When the club regulars spot him, he sings with earnest emotion the stirring song, “The Music of My Soul.”

Regardless, the folks quickly leave; they’re uncomfortable with a white man in their environment.

In the mostly first-rate Slow Burn production, the actors playing the club regulars could convey more shock at the presence of a seemingly shady white man.

Even so, under director/choreographer Patrick Fitzwater’s vibrant and sensitive staging, this is an easily fixable issue. Ditto for a fight scene that needs to be much more convincing. In addition, Huey’s reaction needs to be bigger after unexpectedly seeing Felicia for the first time in a while.

These quibbles aside, Fitzwater finds the humor and heart in Memphis. In other hands, we might root against Delray. But under Fitzwater’s guidance, and Murray’s measured, yet still somewhat menacing performance, we know that Delray’s merely a realist. He’s not nearly as naïve as Huey. Delray knows that danger awaits his sister if the little man with a big heart carries out his plan. Ironically, it aims to better her life and those of many others. Delray’s a protective big brother and we recognize that clearly through Murray’s performance.

Murray’s strong work matches his cast mates’ high-quality performances. Their expressive, robust singing and dancing, backed by a vibrant live orchestra, will blow you away. These immensely- talented, versatile performers can also reach the highest notes and hold them for an astounding amount of seconds (it seems like minutes).

Speaking of music, Brian Golub’s Huey speaks in a sing-songy, sweet, yet determined voice and is nimble on his feet. Golub lends Huey a vitality that makes you believe he’ll accomplish his goals through sheer desire. The actor manages to be eccentric, determined and even prone to bragging without coming across as arrogant or unlikable. There’s even a lovable quality to the character’s name, which is patterned after real-life DJ Dewey “Daddy-O” Phillips (1926-1968), one of Rock n Roll’s pioneering disc jockeys.

Because Golub makes us care for Huey, we feel torn with him when he must make tough decisions.

Despite laws in the south against mixed-race couples, Huey hopes to marry Felicia. Big, potential opportunities await them in New York City. The couple could move and live together openly. Yet Huey is a born and bred Memphisian. Is he to leave his beloved home? A palpably-torn Huey sings about his conflict in the heartfelt “Memphis Lives in Me.”

We ache for this man and desire to marry Felicia. Khadijah Rolle, with deft stage presence, plays her with a radiant, charming and, when necessary, determined demeanor. Rolle makes it clear why someone would fall in love with Felicia.

What’s not entirely clear is why, given his background and upbringing, Huey loves rhythm and blues, or “race music,” so much. Sure, we learn, it’s the music of his “soul.” But is that all?

Librettist Joe DiPietro's witty, moving book offers other helpful expository information. We learn for instance, why Gator hasn’t spoken since he was a child.

Gator finds his voice toward the end of the first act. Around that time, he launches into a soulful rendition of “Say a Prayer.” We watch as, slowly, Manuel’s Gator emerges from silence and radiates charisma. It’s a quality matched well by Brian Maurice Kinnard as Bobby, a janitor who always wanted to sing.

But what touches us most is Huey and Felicia’s desire to marry, despite all odds. They must overcome laws and prejudice. The latter, in part, comes in the form of Huey’s devout, racist mother (an impulsive Shelley Keelor, who presents a multi-faceted performance).

One scene involving “Mama” and other main characters is particularly heartbreaking: Felicia has brought Huey a record of her music, hoping he will play it over the airwaves. Huey’s mother suddenly smashes it – and with it, shatters Felicia’s dreams and hopes, at least for the short term.

There’s symbolism in scenic designer Michael McClain’s set. Brick walls might represent the hard reality of racism and segregation. Meanwhile, parts of a crumbling wall stand on either side of the stage. These could suggest that the building of a society in which true equality and harmony exists represents a long work in progress. Folks need to build it piece by piece, even if the process experiences setbacks (breaks) along the way. A winding staircase on stage might symbolize that the road toward equal rights is anything but straightforward.

During the journey toward this accomplishment, people will express different forms of passion and heat. These emotions are nicely captured in lighting designer Thomas Shorrock’s work, which includes hot red and pink hues.

You won’t find a chorus line or traditional Broadway “showtunes” in Memphis. Regardless, the sometimes electric, sometimes soulful music and touching lyrics will leap into your heart — along with the characters who sing them.