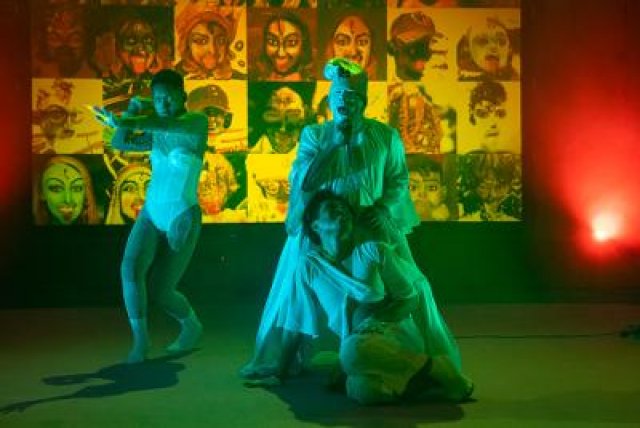 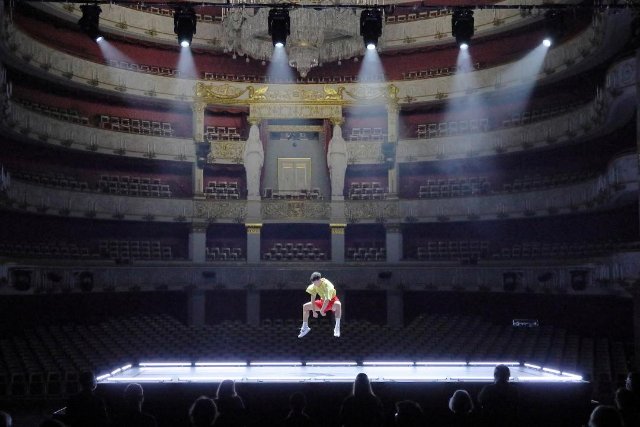 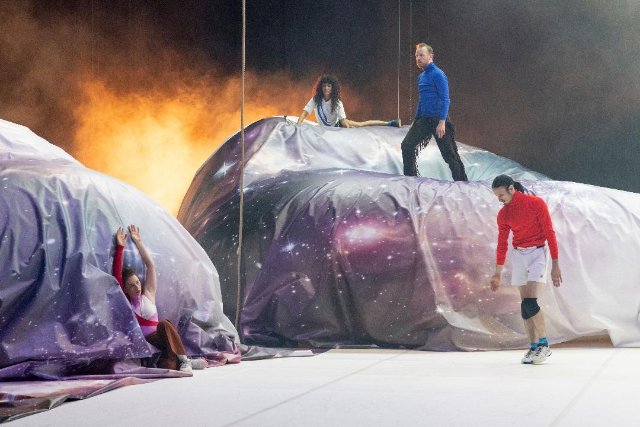 Berlin is dancing again, despite the rumblings of war from the Ukraine. Despite this horrible situation Germany tries to keep going. Against all odds, the Tanzplattform Deutschland, founded in 1994 by Nele Hertling, Walter Heun and Dieter Buroch in Berlin, had returned from March 16-20, 2022 to its beginnings.

Hebbel am Ufer (HAU) presented 13 remarkable dance productions from the free scene in several venues throughout Berlin. They were chosen by Annemie Vanackere, the director of HAU and her jury of dance professionals from 535 works created in Germany between 2019-2021 - a remarkable happening in itself in the times of the still raging Covid pandemic.

The most remarkable performances of the festival were chosen for the opening at the Deutsche Theater with Tanzanweisungen (directions for dancing) by Moritz Ostruschnjak and towards the latter part of the festival with Meg Stuart/Damaged Goods performance of Cascade at the Volksbuehne. Where the former was an outstanding solo of incredible endurance, the latter was pure dance theatre with seven soloists getting lost in the elaborate scenery of puffy clouds and stars on stage.

Although totally different in concept and visual impact, both pieces seemed to have been conceived as statements of endurance and fighting against the odds of loss. These sensibilities could not have been more appropriate given the present circumstances of political insecurities.

Totally different, as a bridge between Western and Eastern sensibilities, appears Choy Ka Fai's Yishun is Burning. Here the dancer Sun Phitthaya Phoefuang (a.k.a. Amazon Sun) uses spiritual dances from Singapore to create a transcendent queer solo amidst videos piped in from Yishun. In seeming overkill, all limits are erased, ecstasy and trance reign free.

Not as extreme but quite expressive and powerful were two other dances, the She Legend by Lisa Rykena and Carolin Juengst, where two women show off their strengths to each other, and Miller/ de'Nobili's Pack, where men do the same – animalistic tactics for physical dominance.

All in all the Tanzplattform 2022 seemed to reflect a trend towards powerful physical performances, where graceful dance movements took second rank. Whether this holds true, whether for the next festival in two years this trend will develop further, remains to be seen.