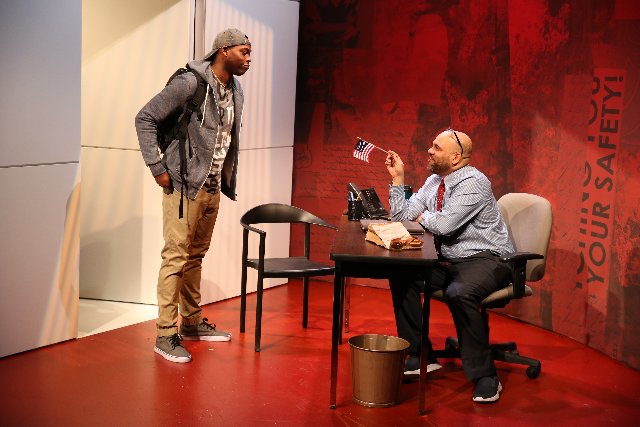 Education at 59E59 Theaters. Wesley T. Jones and Bruce Faulk spar as equals although one is a student and the other principal. 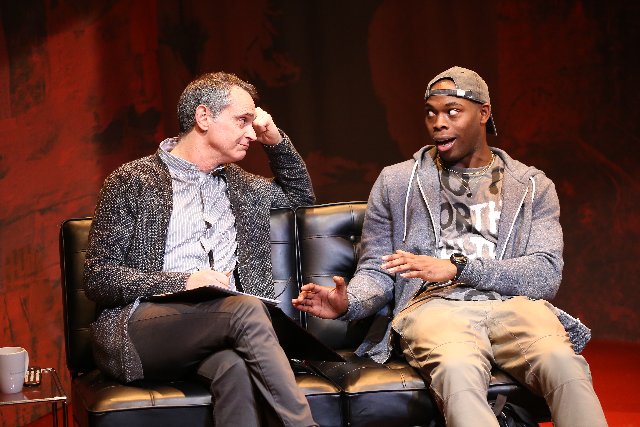 Matthew Boston, Mick's uncle and guardian, can hear his nephew. 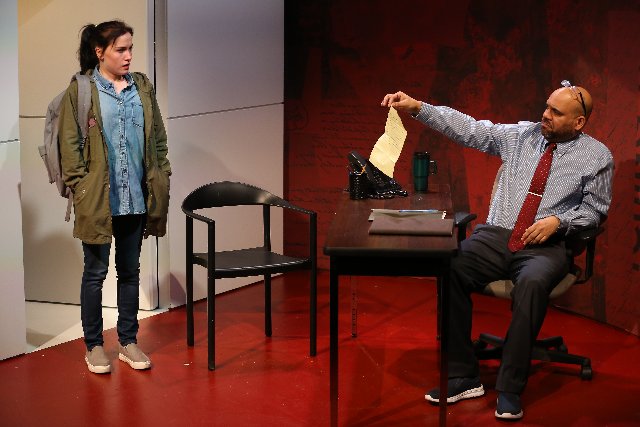 Bekka, Mick's girlfriend, brought a poem to school. Fuck Poem is banned from school, but Bekka is not. 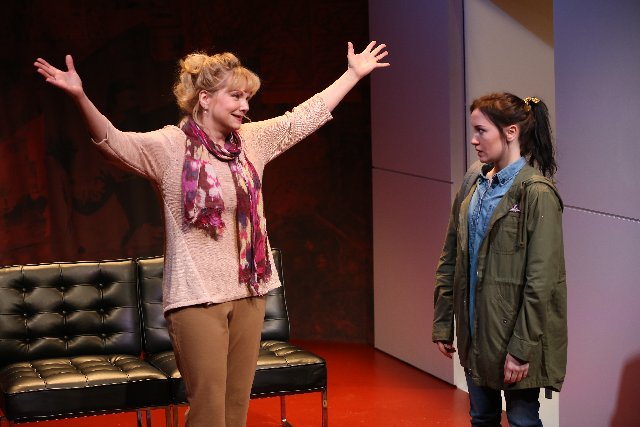 Jane West is both delicate and tough as Bekka. Elizabeth Meadows Rouse, her mother, is caught between her roles as wife and mother. 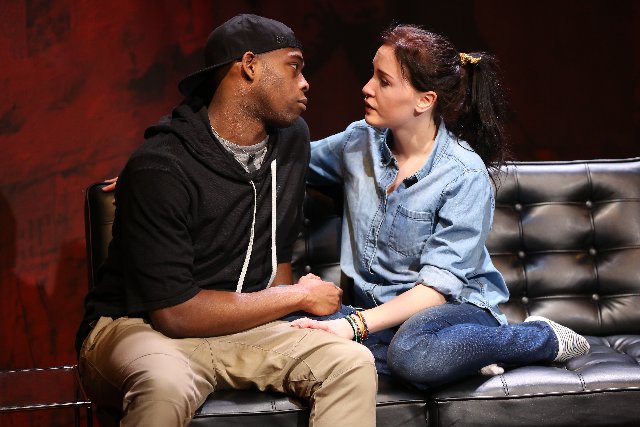 Mick and Bekka test the parameters of their relationship. 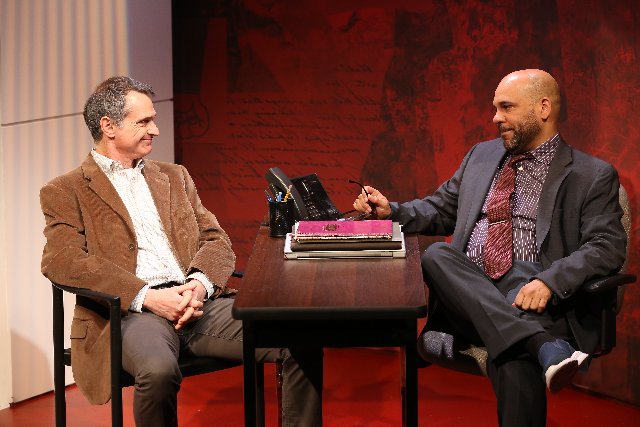 The guardian and the principal find themselves on the same page. 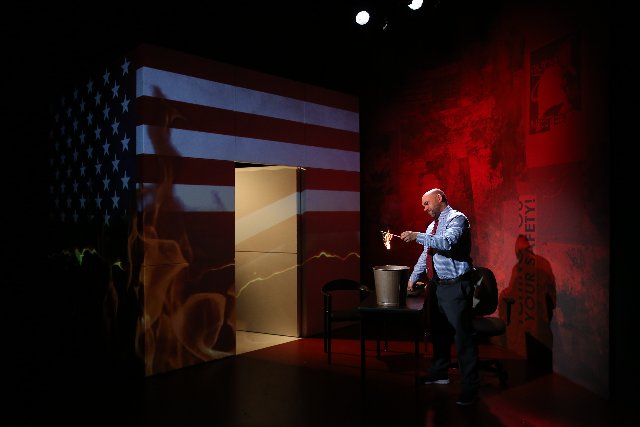 Will the principal burn the flag? 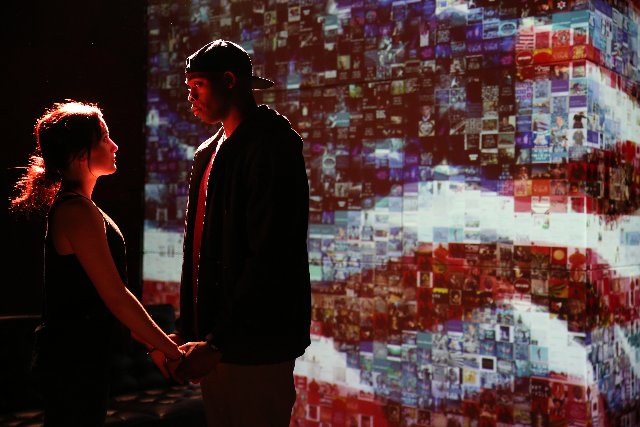 What does the future hold for artists?

Education is a bold title for a play, but this arresting new work by Brian Dykstra deserves the title. Directed with precise attention to detail and an ability to turn the emotional context on a dime, Margarett Perry captures 21st  century public high school life.

This is not for students only, although high school classes throughout New York should be encouraged to attend. The contrast is between the audiences’ generation and the up and coming one.

The lead character, magnetically portrayed by Wesley T. Jones, is bi-racial. He has lost both parents and is being brought up by an uncle, a law professor. Protected by academe, the uncle is able to support his nephew in a way the high school principal, Mr. Kirks, wishes to, but can’t at long as he keeps his post.

What has Mick done?   He has created a work of art in which a flag is burned. He might better have taken Jasper Johns’ route in his Flags, but he has co-opted a Bunsen burner from a school lab, taken a lighter from a garage and invested 99 cents in a flag, which he did not buy at Walmart.

Banned from the school art contest, not for the flag but for the illegal lighter, he sets out to create another more outrageous work of art.

Into the drama steps his girlfriend Bekka, daughter of clergy, and a student as bright as Mick. Her poem, entitled Fuck You, has been confiscated by the principal. Perhaps because she is white and the product of the religious right, the principal lets her off the hook.

Her parents do not. She is forbidden from further declaiming her sense that her fellow classmates make poor poetry out of their sexual experiences.

How this will all end is partly unraveled and partly a mystery. Performances by each member of the cast are spot on. Some of their messages are directed at other characters. Some of them are sent right out to the audience, in a perfect blend of dramatic engagement.

The set by David L. Arsenault is compact and combines revolution set in a staid world. Sound by Kevin Heard and costumes by Amanda Aiken seamlessly take us into the unfolding story.

While some of the condensed story may sound obvious, there is nothing unsubtle going on on stage. The production is full of engaging surprise. It is a first-rate offering by Sanguine Theatre Company at 59E59 Theaters.