Another Best of 2012 and an Echoing Refrain from Decades Past. 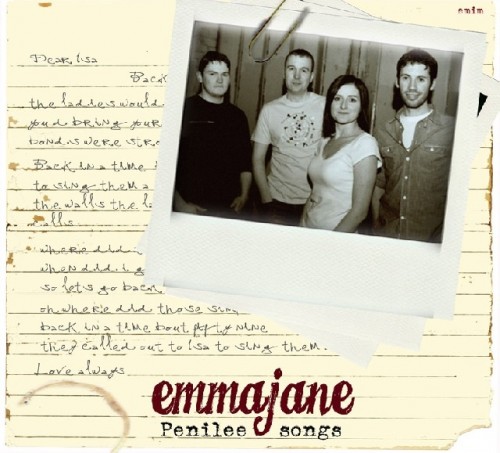 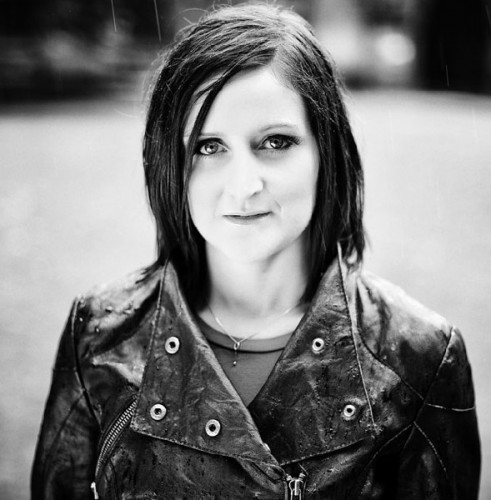 Emma Jane, often a busker on the streets of Glasgow. 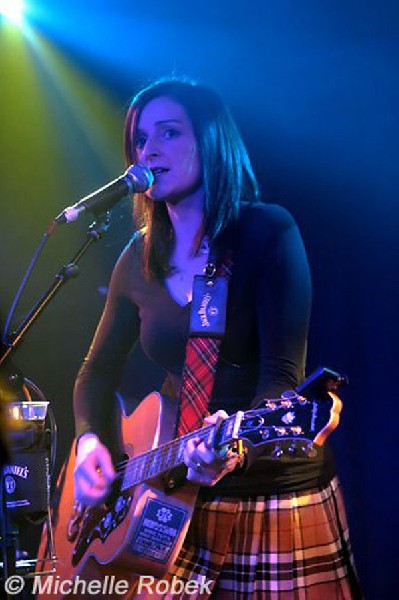 ...and a club performer as well. 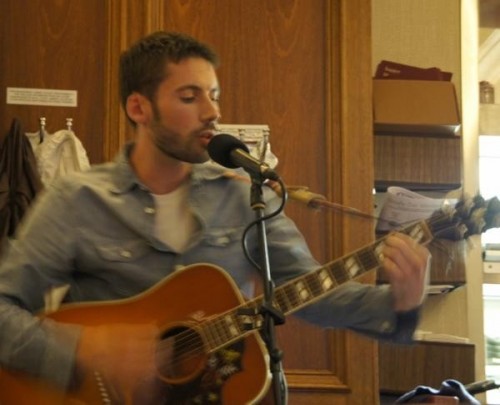 Lead guitarist Iain McKinnon contributes the lead vocal on one of his songs as well as collaborating with Emma Jane on the writing of another. 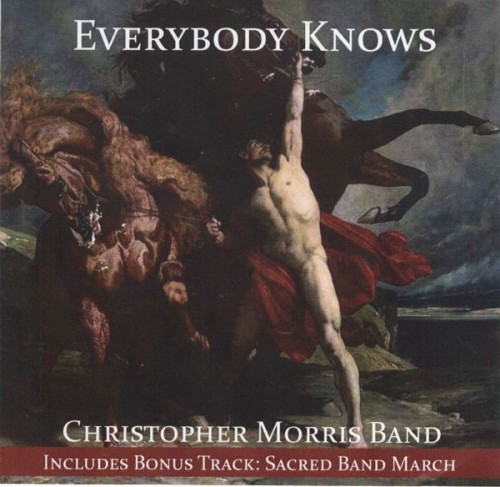 Automedon with the Horses of Achilles by Henri Regnault provides the background image for the CD cover of Everyone Knows. 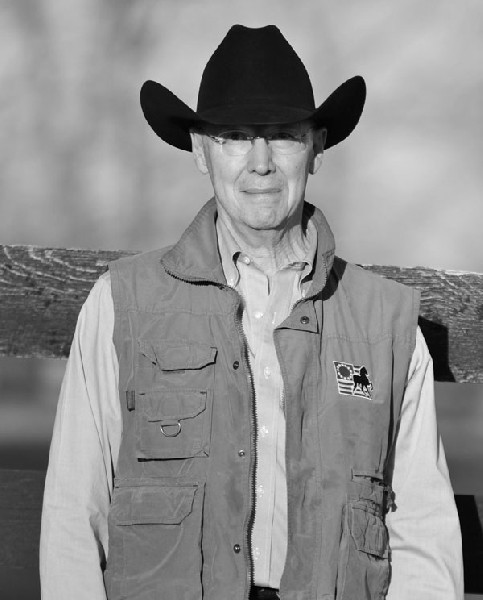 Christopher Crosby Morris, horseman, writer and all around renaissance man. 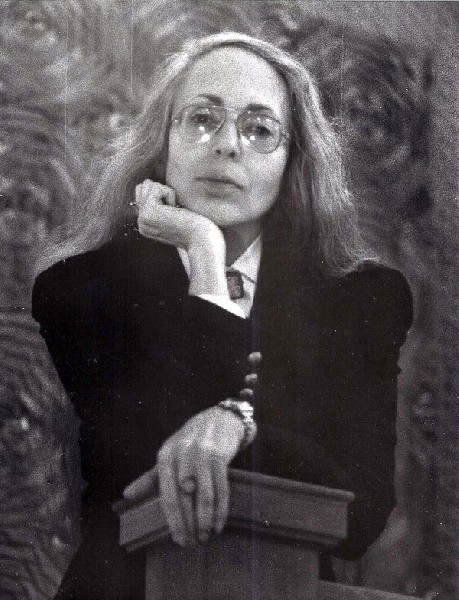 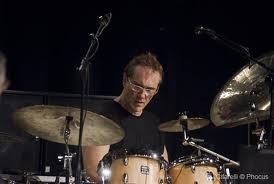 Vince, "Vinnie," Colaiuta went on to become a staple of Frank Zappa's bands and became a musical legend.

Over the past several months as I have felt my way back into reviewing CD’s by contemporary artists, I have usually commented on two or three releases at a time finding some commonality among them. In this posting the pairing may seem unlikely at first. One artist is male, a senior citizen, an experienced artist with a well developed aesthetic while the other is female with the 21st century making up the majority of her life, little experience in comparison, yet an aesthetic that while still evolving is already firmly anchored in the soul of a visionary artist.

I most often write about artists who perform what is generally termed folk or roots or traditional, and there is increasingly little consensus about just what that really is. I was recently struck with the thought that simple straightforward rock’n’roll is as natural a folk form to the generations born in the last few decades as ever was the ballad, play  or protest song of the past. It is the form with which they grew up. It is the form to which they jumped rope, played hopscotch, ragged on each other.

Both of these artists to my mind are folk (or roots or traditional as you might) and traditional rockers, though not folk-rock, because we franchised that label to a specific fusion of traditional music with electric instruments. We develop these terms and categories to help us describe, yet inevitably eventually they limit, mislead and constrict us.

Both of these artists give us the celebration of the sensual (in the wider sense) experience of life, unconvoluted, spontaneous, unpretentious and charmingly intimate.

First let me speak of:

Emma Jane’s roots are in Glasgow and in particular, Penilee,  a section of that city with an interesting history worth your look-see should you be curious. I became interested when I read that UK music zine Fatea chose Penilee Songs as one of the ten best roots cd’s of 2012. Self produced and self marketed, I thought it would have to be special to make that great an impression. I was right. She is backed on this release by Iain Mckinnon on guitar, Davie Kerr on bass, and Johnny Hall on Drums.

Emma Jane told me in a note that the idea for this release came while listening to the tape of a decades old family celebration. It was common in her family as it was in many others of that time to gather with instruments and jam. The ladies were called on to sing. Emma Jane’s grandmother, Isa, a club singer earlier in her life was heard on the tape, and became the focus for the first song on the disc;

Back in those days, those simple days
The Ladies would sing and the men they would play
You’d bring yourself and a song
When family, life and bonds were strong

Back in that time about ‘59
They’d call out on Isa to sing them a line
Natural harmonies would blanket the walls
The laughter, the music, the talking, the calls

As written here it could easily be treated as a ballad, but the driving beat and the soaring vocal stamps it as pure unadulterated Rock and Roll.

When I first heard Emma Jane I sifted back through my memory looking for comparisons. Early female rock artists were a bit rare, but I did recall a few that felt to me to be in the ballpark: Barbara Pittman, Wanda Jackson, Brenda Lee and/or Laverne Baker. Emma Jane is that impressive plus she writes remarkable, if deceptively simple, songs as well.

She does not on the whole write intellectual songs though “Kamikaze Bird,” the one collaboration with guitarist Mckinnon does incline more that way. On her own, she writes plainly, with honesty, of her inner emotional musings and declarations.  To my mind this is the most difficult kind of song to write well. Witness the simple expression of desire;

Baby I love ya, you know I do
And I can’t find nothing better to do
Than stay forever in your arms
Take me tonight

Baby I love ya, my patience was kind
Cause now I’ve got something that feels so right
Baby dont stop, what you do
Take me tonight

Baby I love ya, you know I do
And I can’t find nothing better to do
So baby just hold me
Baby just love me

And here, as eloquent, despair coupled with regret, this excerpt from;

And I’m not angry ‘cause I hate you
No I’m hurting ‘cause I care
But there’s too much now between us
We’re too different now to pair, and I said

Emma Jane has a voice that is strong, her pitch true and her articulation is clear. Her tone and timbre contribute to a voice that,  once heard, is easily identified. At the same time, her technique is still evolving and satisfying as it is, rich with potential. She already knows how to ride the beat the way a surfer rides the wave, as one with it. I suspect she may have a bit more to learn about the subtleties of phrasing and have no doubt  that her artistry will continue to grow in the future.

By this point you have gathered that I admire her work and recommend her to you. For samples and downloads, check this link.

Here is a rehearsal video of Take Me Tonight

Aside from musical artistry no one could differ more from the previous performer than does Chris Morris or as he now wishes to be known for the purpose of disambiguation, Christopher Crosby Morris. In his late 60s, Chris is as close to a renaissance man as you are likely to find. Besides his musical achievements, Chris is a successful Sci-Fi-Fantasy writer both on his own and in collaboration with wife, Janet. With her he also founded an organization exploring the development for non-lethal weaponry for the Defense Department and with her has spent many years breeding and raising their beloved and prize-winning Morgan horses on their Kentucky farmstead.

His connection to folk music and the guitar was strongly influenced when as the college roommate of Dan Seeger he became an ad hoc member of the Seeger family and found himself awash in the many musical influences that swept through that household.

In 1976, again with Janet, Leslie Kuipers and the now legendary Vince Colaiuta, Chris formed the "Christopher Morris Band.   As back-up band for Al Kooper, they accompanied Kooper on national tour and in ’77 Kooper produced the Christopher Morris Band LP for MCA. That release was hailed by Rolling Stone and Billboard and chosen by Boston’s WBCN as one of the “52 Heaviest Records of 1977.” Their first live gig was a week at Paul’s Mall opening for BB King  and they were reviewed by Tom Long for the Boston Globe.

As fortune and Rock and Roll misfortune would have it, a falling out between Kooper and MCA prez, Mike Maitland, terminated all Kooper projects with MCA  and they pulled the plug on support and promotion for the release.

Adrift, the band pulled itself together briefly in an LA studio and adding the talents of Tommy and Davey Farragher,  and drawing on what Chris had learned about production from Kooper, they cut three seminal demos, two of which, “First Long Day” and “I Don’t Mind” are included on this cd, Everybody Knows, finally to be heard by a wider audience.

In the intervening decades, the professional pursuit of music took a back seat to his and Janet’s productive  literary, scientific and horse-breeding pursuits, but not so in his personal life.

Now with a winding down of those other ventures, Chris has brought together a number of the  musical creations he has recorded over the decades from the ‘70s to recent times.

Everybody Knows is an album of choice selections that represent a unique musical perspective, one which draws from a wide spectrum of traditional music and fuses those elements with contemporary rock, country, blues  and jazz without ever getting so cerebral as to lose the passion. That passion is channeled with restraint and finds expression in constantly novel ways as Chris feeds it into a motif drawn at any given moment from the extensive musical resource he has internalized.

Chris does not have a great or compelling voice, but it serves to accompany his true voice which speaks through his guitar. His lyrics are simple repetitive declarations without complication or convolution. They reinforce the emotional content of the songs without ever taking precedence. Rhythm and melody are dominant and there is not a song here that does not invite you to dance.

The final cut is an anomaly. It is a march, inspired by the joint collaboration of his and Janet’s “Sacred Band of Stepsons” fantasy series.  I could not resist making the opening bars my ringtone.

As he now returns to solo live performance and residency on the cape, opportunities for readers in NE to catch him on stage are more likely, and when possible I will be there as well.

Here is a video from a recent performance at Natasha's in Lexington, KY

And here, for the interested, a brief video of Privilege, one of the Morris's prize winning Morgans.