Netflix Gambles on House of Cards

$100 Million for So So Original Programming 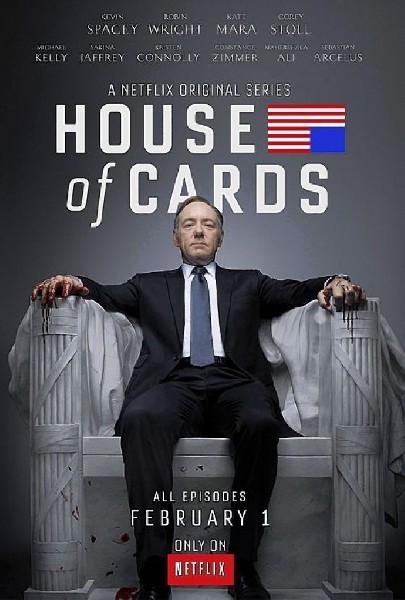 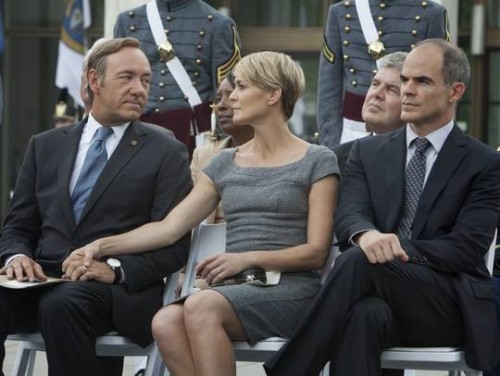 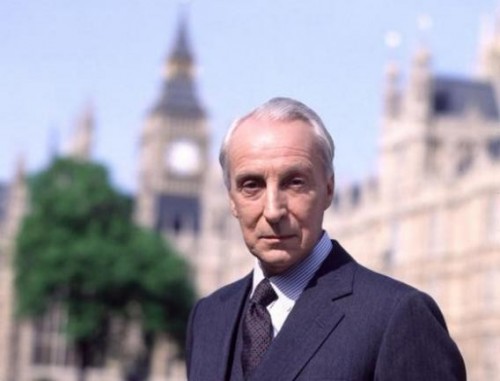 The late Ian Richardson starred in the BBC version of House of Cards.

Netflix is all in with a $100 million, two season commitment to the political drama House of Cards. It’s a risky and costly move toward creating more original content. The concept was launched last year with the flaccid Lillyhammer starring Steven Van Zandt as a mobster in witness protection in Norway.

In February Netflix launched its second, 13 episode series with another season now in production for 2014. The entire first season of House of Cards is now available on Netflix. It is based on a novel by Michael Dobbs and developed by David Fincher.

The drama starring the always riveting Kevin Spaces is based on House of Cards  a 1990 political thriller television drama serial by the BBC in four episodes, set after the end of Margaret Thatcher's tenure as Prime Minister of the United Kingdom. It was televised from 18 November to 9 December 1990. The story was adapted by Andrew Davies from a novel written by Michael Dobbs, a former Chief of Staff at Conservative Party headquarters. Dobbs's novel was also dramatised for radio for BBC World Service in 1996, by Neville Teller, and had two television sequels (To Play the King and The Final Cut).

The British  House of Cards focused on the smarmy Francis Urquhart, a fictional Chief Whip of the Conservative Party, played by Ian Richardson. The author was said to be inspired by aspects of the skullduggery and scheming for power of Macbeth and Richard III. The plot follows his amoral and manipulative scheme to become leader of the governing party and, thus, Prime Minister of the United Kingdom.

While mildly compelling, the American version compares unfavorably to the tense and intriguing British one. Spacey’s congressman is slight when measured against the deeply evil, brilliant, Machiavellian role played by the late Richardson. There were more credible twists and turns to how he manipulated a young journalist by planting stories in the manner of Deep Throat.

The relationship between the powerful but frustrated congressman, Underwood, and the young reporter Zoe Barnes (Kate Mara) is readily transparent and predictable. Particularly as they briefly become apathetic, cynical, fuck buddies.

By releasing all 13 episodes at once, and not played out over a season in the manner of HBO, Showtime and the networks, encourages binge viewing. It encourages the option of viewing several, one hour installments in single sessions.

Consuming all thirteen hours in clumps proves to be more intense and problematic than when viewed over longer intervals of time.

It immediately became apparent that the quality of the writing declined all too quickly. While the BBC version remained tightly wound the Netflix series became a mess with too many subplots, reversals, and character twists. While it held our attention initially that declined with each subsequent episode.

What more or less kept things going entailed the asides when in the manner of Richard III, or Richardson’s Urquhart, Underwood turns to the camera and deliver asides on the flow of the plot. These are indeed the juiciest morsels of the drama.

But while Richardson conveyed a highbrow, supercilious, autocratic, arrogance and disdain, Spacey was more of a  down and dirty son of a peach farmer roaming Washington’s corridors of power. There was a vulgarity to him that was all too plausible and contemptible.

In this too close to the bone morality tale of political intrigue and corruption there is no high ground. None of the characters are in any way admirable.  But they do not reach the level where we come to love to hate them.

As the series droned on, to an ever more absurd and enervating conclusion, I longed for it to end.

The sub plot about the weak congressman Peter Russo (Corey Stoll) was particularly idiotic. He had a fatal attraction to hookers, booze and blow. With Doug Stamper (Michael Kelly), Underwood's Chief of Staff they get him out of a jam with a price.

As Underwood says to Russo, where have I heard this before “Now I own you.”

Russo is dispatched as Underwood’s errand boy, tries to clean up his act, but is doomed to take a fall. There is little or no suspense as we see this coming. With some razzle dazzle Underwood grooms him from rehab to the Governor’s race in Pennsylvania. The ploy is to have him take a fall luring the Vice President, and former Governor, to join the race at the last minute and abandon the White House.

When all goes according to plan Underwood will jump in as candidate for V.P. Duh.

That’s a lot of balls to keep in the air.

We are rooting for the bald and loutish Russo to go straight. He has great kids and an abused but loyal girlfriend who is also on his campaign staff. It’s a tough slog but we the audience are pulling for him.

Until a hooker hits on him in the lobby of a hotel. We wince and scream “oh no” as one drink leads to another. The hooker, who owes favors to Underwood, has done her job too well. The binge drinking candidate crashes and burns. It devolves into bathos and misery. Evoking more revulsion than empathy. Then Underwood finishes him off with murder faked to look like suicide.

At this point the writing is just pretty stupid. You see better crap on the networks. If there were ratings, which is not the case for Netflix, the show would just croak at this point. Stick a fork in the sucker.

Even more absurdly there is a spin on Underwood’s upscale, executive wife. She runs a non profit dependent on her husband’s contacts for funding. There is some cross and double cross until she runs off for a fling with a free spirited photographer.

This is presented as  payback for Underwood’s shagging the cub reporter who, by the way, isn’t all that sexy as twentynothings go.

When I’ll be back. Or get a grip on my life.

Kevin Spacey as U.S. Representative Francis "Frank" J. Underwood, a graduate of the fictional school "The Sentinel" (which is made to strongly resemble the real life school The Citadel, a military college) and Harvard Law School, a Democrat from South Carolina's 5th congressional district and the House Majority Whip. He often breaks the fourth wall to speak directly to the viewer. His name is derived from The Right Honourable Francis Urquhart MP, the protagonist of the BBC version and the novel version of House of Cards.

Robin Wright as Claire Underwood, Francis' wife. She runs the Clean Water Initiative, a non-profit that often gets mixed up in Frank's political scheming.

Kate Mara as Zoe Barnes, a reporter for The Washington Herald (later Slugline). Desperate for a break, she makes a deal with Frank for insider information.

Constance Zimmer as Janine Skorsky, a reporter for The Washington Herald (later Slugline) who becomes suspicious of Zoe's success.