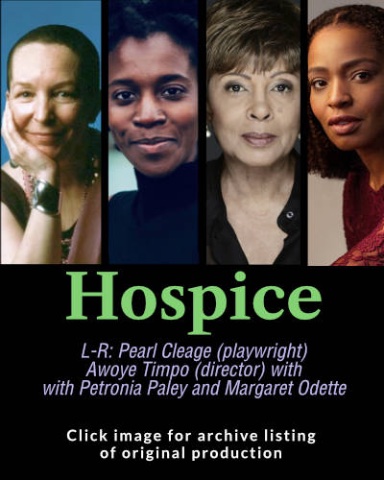 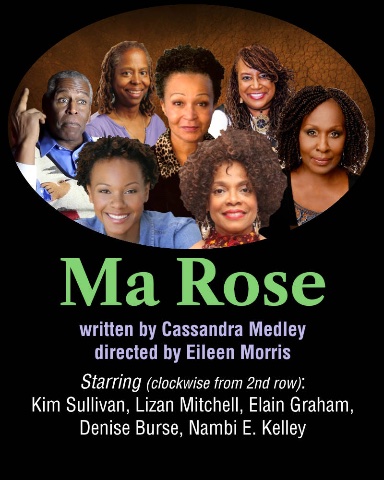 Ma Rose, next up at New Federal Theatre 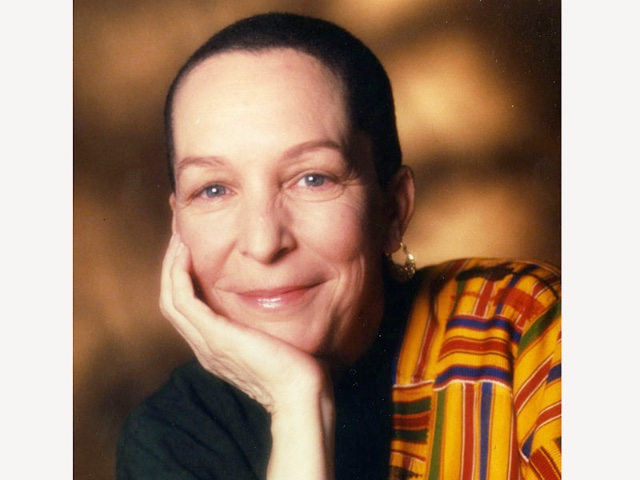 New Federal Theatre has always promoted the inclusion of women artists as part of its mission. It is no surprise that they are offering works by and with women for Women’s History Month. They appeal to everyone.

Petronia Paley and Margaret Odette are featured in the two-hander, Hospice, by Pearl Cleage. Billed as a reading, the performances offer full characterizations by actors.

Mother Alice and her daughter Jenny have been separated for decades. Jenny comes home to give birth to her first child, having left the father on the other side of town. Alice is in the final stages of cancer.

Before the sun rises one morning, the daughter begins to go into labor. She is already writing. Alice, we discover, is a well-known poet. She finds the movie reviews Jenny writes journalism, the work of night writers. Morning is for poets.

The two women talk expansively. Alice tucked love poems under her husband's pillow. One day, he took the poem out and ate it. Swallowed it whole. Alice knew she had to leave. Jenny was sent to a New England boarding school she hated.

Intriguing nuggets and stories reveal far deeper matters at stake in the eternal love battle between parents and their children.

The mother’s years in Paris feel like Langston Hughes'. Playwright Cleage reports that her own mother read Hughes autobiography to her as a child. The desire for Paris, and the memories created in Hospice may have started there.

Alice was in Paris the day that Malcolm was killed. A black man from the American Embassy came by the café where the expats were mourning together. He took a stepladder from under his arm, opened it up, and began to talk about the impact of Malcolm’s death. This young man would soon kill himself.

Awoye Timpo directs to give us the feeling that these two women are in a house together, We don’t feel constrained by the video screens. Mother and daughter edgily move back and forth. Alice’s emotional pain is rooted in physical pain. The daughter’s soon will be too. Alice’s motherly advice is to scream as loud as she wants to as her daughter is born.

Mother and daughter struggle through the mother’s need to be truthful and the daughter’s wish to know her mother, if not to love her. Alice loves Leontyne Price singing La Boheme and Jenny, Billie Holiday. They come together in the music.

The work fits the streaming mode. The women are residing together. Props include an imagined typewriter and real red roses. The mix creates an authentic stage scene. The screen that separates the actors is breached when the daughter delivers pills to alleviate the pain. This does not work, but her evident love may.

If Hospice by Phyllis Cleag is representative of this month’s presentations, we are in for a treat next week with Ma Rose by Cassandra Medley.

Hospice is available through March 15 here.  Ma Rose will be presented next weekend, March 20 to 22.