Prayer for the French Republic at Manhattan Theatre Club 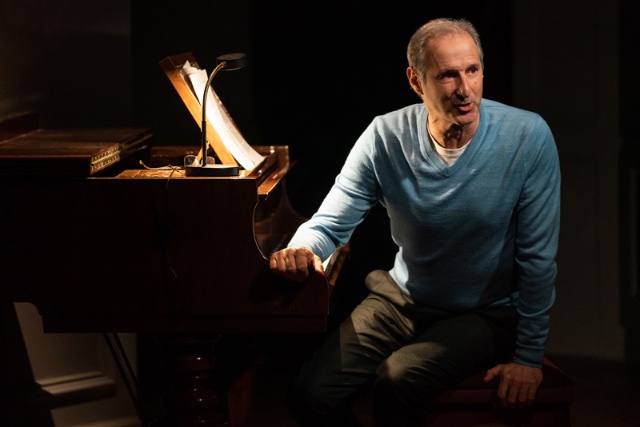 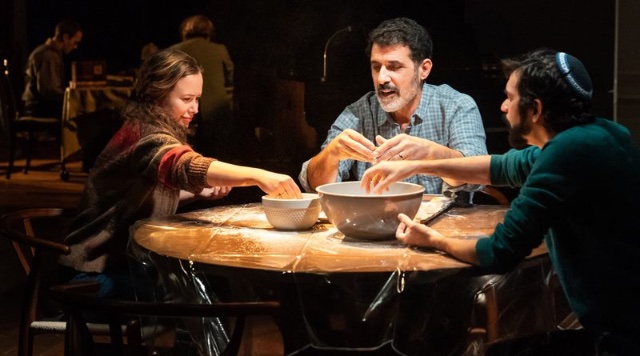 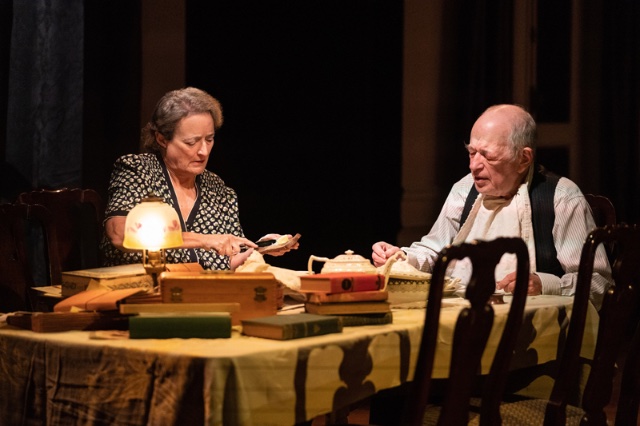 Another generation. Nancy Robinette and Kenneth Tigar Trapped in a Paris apartment while their children went to camps.

Joshua Harmon’s Prayer for the French Republic has been extended until March 27 at the Manhattan Theatre Club in New York.

In constructing a multi-generation family on stage, playwright Joshua Harmon has given director David Cromer a rich opportunity to explore presentation.  Of course, French is spoken in English.  A piano sits centrally on the stage turntable, so that it is on view in each of the residential spaces in which five generations of the family that makes and sells pianos live. The piano is beautiful, its music stand etched in a tawny wood. It may represent Paris, where the family has always resided, except of course, when family members were exported  to concentration camps.

At times more than one generation can be seen on stage.  There are even delicious scenes where the action takes place out of sight.  We can hear it, the audience as overhearer.  A character is also on stage listening.

The central focus is on the current generation.  Marcelle (Betsy Aidum) is the matriarch. We quickly learn however, that she is a conventional wife, a practicing psychiatrist whose husband is a practicing Jew.  She became observant  when she married him. She wants to do his bidding.

Her brother, the narrator, Patrick, has left the Jewish fold.  His character is moved in and out of the action on stage.  Sometimes he reports, sometimes he participates, and sometimes he plays the piano and sings.  He is Parisian through and through,  As the family struggles to deal with the candidacy of Marine Le Pnn and anti-semitic outbursts throughout France, they contemplate a move to Israel.  Patrick would not think of this.

Jews have lived in France since the Middle Ages. Today, Frame has the largest Jewish population in Europe, and the third largest in the world after Israel and the United States. Many artists like Soutine, and actors like Anouk Aimee and Isabel Huppert are French and Jewish (or half Jewish).

Anti-Semiticism has been rife in the country’s history, rising to peaks with the Dreyfus case.  Twenty-five percent of French Jews were deported to concentration camps.This was a small percentage in Europe during the Second World War.

Yet Jews have reason to fear for their safety in France.  But as Marcelle’s aging father Pierre  (Pierre Epstein) remarks.Where can Jews feel safe?

This is a question all of us can ask today.  Gun carry laws are lax in America. Chicago is famous for accidental gang killings.  Outsiders get shot by poorly aimed bullets.  And so on.

This moving and often  raucously funny production reminds us that we share a common humanity with our ‘other’ neighbors.  Their struggles are ours.  Rodney King’s memorable line, "Why can’t we all get along", keeps cropping up.

Half-Spoiler.  The play ends with the singing of the Marseillaise.  Who is left in Paris? Go to the play to find out.  Tickets here.