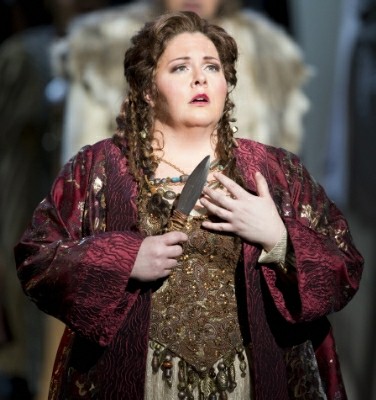 Just the right voice for a great Norma. 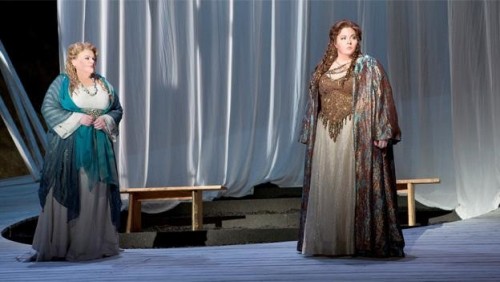 Zajick and Meade in a 'sister' act. 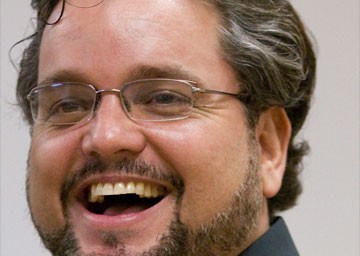 Norma is the long distance run for great bel canto sopranos and mezzos too. By that high standard, Angela Meade and Dolora Zajick hit their marks as the Washington National Opera mounted a new production of the Bellini opera.

Meade’s voice is impressive as she ranges the music’s drama, her top notes at once piercingly accurate and lovely. In her delivery, Casta Diva gets one of its supreme renditions. Perfectly beautiful. When a younger Druid priestess, sung by the great American mezzo Dolora Zajick, enters the proceedings and as Norma’s love interest shifts his gaze to fresher territory, the drama heightens.

Sister-like acts in opera are rare and this one bears rich musical fruit.  Zajick not only draws out Meade’s feelings, but she also takes advantage of the composer’s offer. In her duet with Pollione, the 'sisters' mutual love interest, she sang a breath-takingly long, dynamically contrasted single note.  Stunning in its length and beauty. One Adalgisa, when asked why she undertook this role, laughed, “I can steal the show with one note.”  Zajick almost did.

Across the boards, the singing voices are wonderful, a consistency rare at the Met in New York, but de rigueur in Chicago. Head of the house is a position that can command this kind of casting, and Francesca Zambello deserves kudos for her attention to this important part of production.

Rafael Davila was a striking Pollione. Dmitry Belosselskiy solid as Orovesco.  While not rising to the level of the Wotan/Brunnhilde scene in Walkere, Meade and Belosselskiy came as close as possible given the dramatic material provided.

The full moon glistened in the background. White tree-like poles pitched against the stage right wall worked back into forest projections.  They ominously suggested the pyre, which will finally consume the principals.

Daniele Rustioni conducted at an unusually brisk pace which suited the staging well. Anne Bogart chose to put up a stand and deliver production, perhaps out of necessity. Some directors believe that you should never ask a singer to do what they cannot as actors.  On the other hand, Johan Botha’s performance in Meistersinger in Chicago showed that singers may have more inside them if they are encouraged.

While bel canto opera is often considered a display case for great singing, and we certainly heard it in Washington, Norma offers more.  There is a father's betrayal in Norma’s love for a Roman pro-consul in Gaul, Adalgisa’s inadvertent betrayal of her sister priestess as she succumbs to Pollione, Pollione’s betrayal of Norma and their children, and on it goes.  This offers an opportunity for dramatic confrontations.  How else does a full production differ from a concert performance?  Yet the direction in Washington, perhaps because some of the singers are stuck in stand and deliver mode, does not deliver the drama.  It does deliver wonderful stage gestures as the Druid maidens move in and out of the hallowed ground.  Choreographer Barney O’Hanlon suggests their Irish pagan origins, just right for the St. Patrick’s Day season.  The variety of the sets textures and lighting is eye-catching.

And no question that an opportunity to hear Meade and Zajick in their full glory is not to be missed.