Touch of the Poet at Irish Repertory Theatre 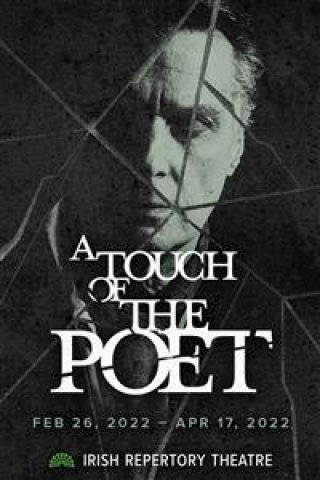 Touch of The Poet at the Irish repertory Theatre 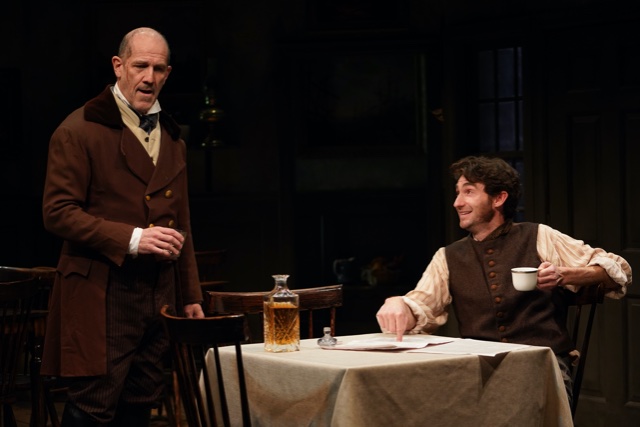 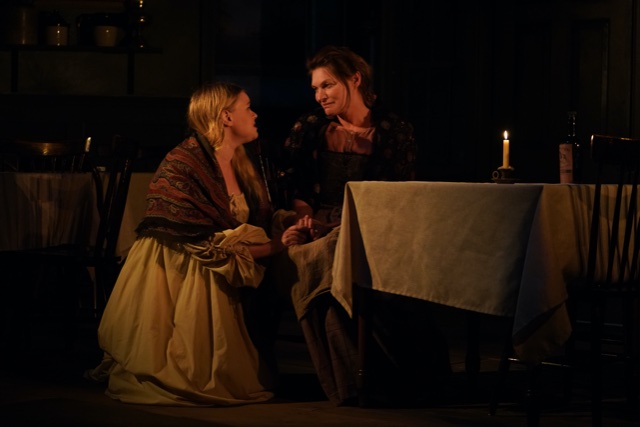 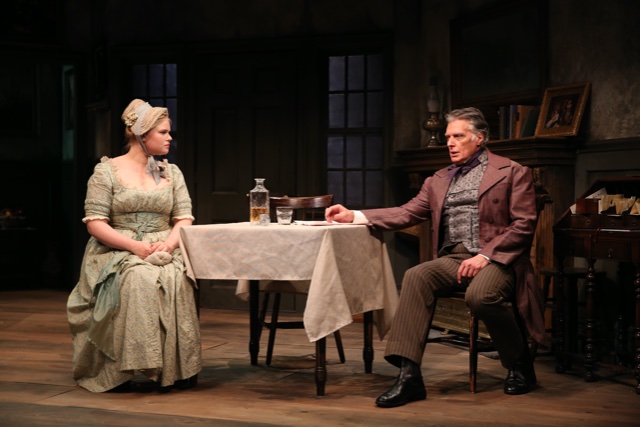 Daughter and Father, a standoff. 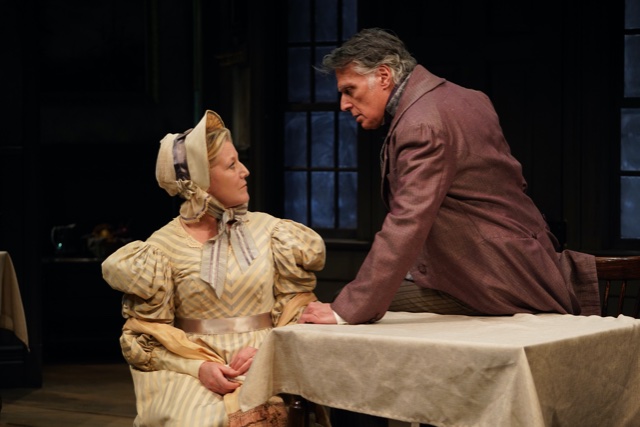 The Major leads with an unrequited kiss 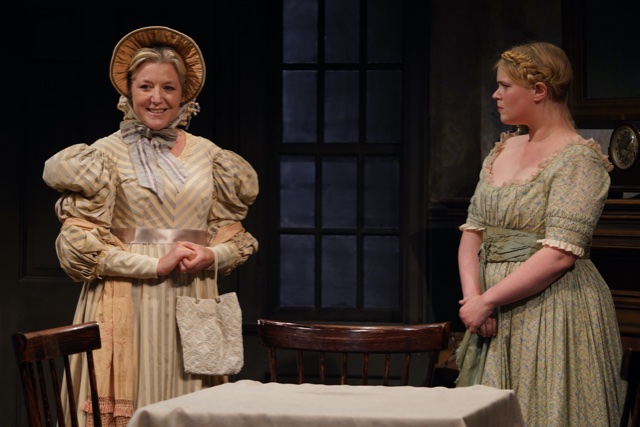 Putative mother-in-law Mary McCann, to the rescue of her son from the wench Belle Aykroyd 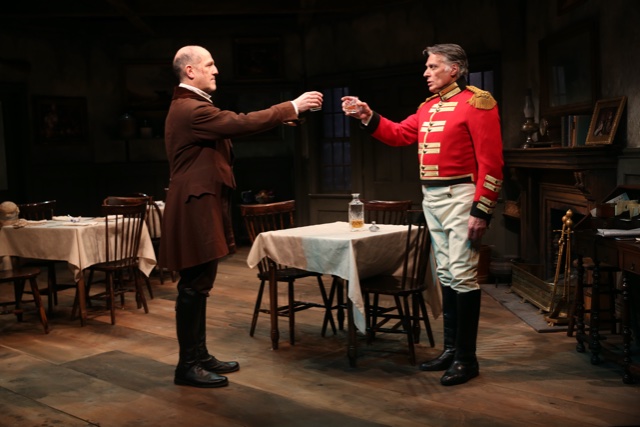 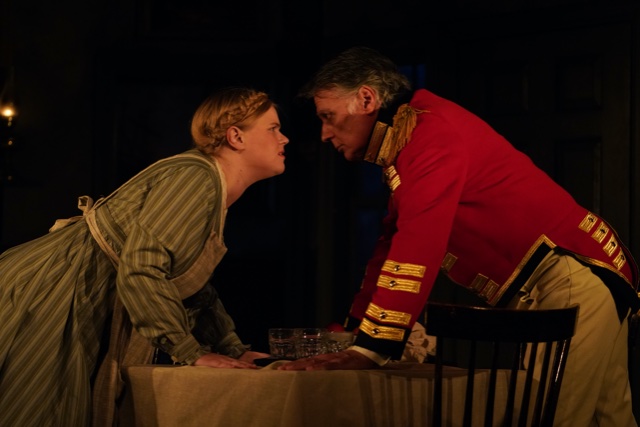 Belle Aykroyd challenges her father's view of the world 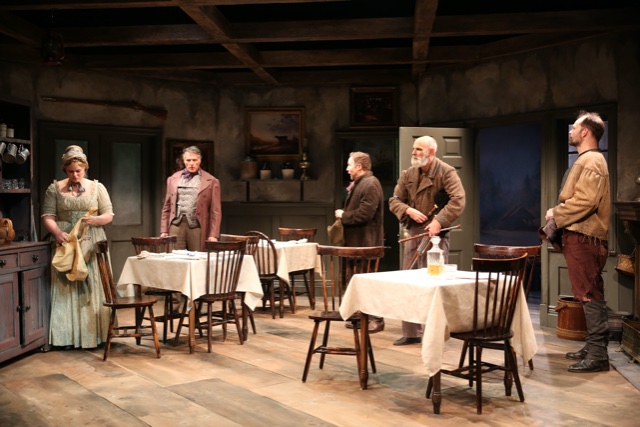 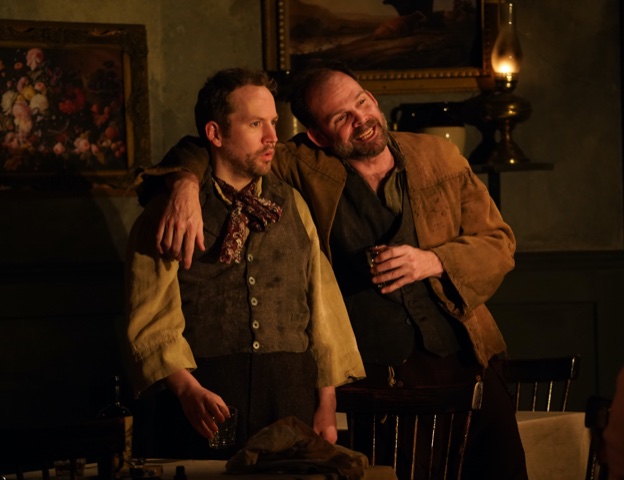 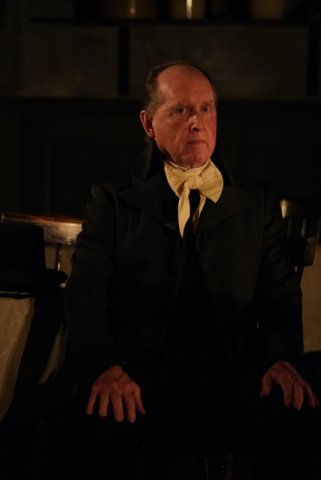 John C. Vennema comes to make a deal with the Major. He is booted out. 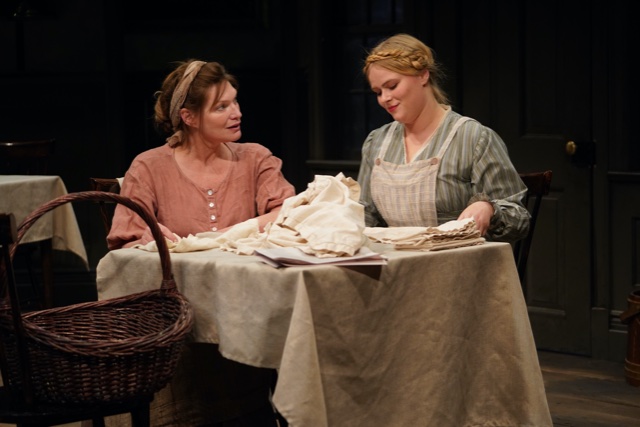 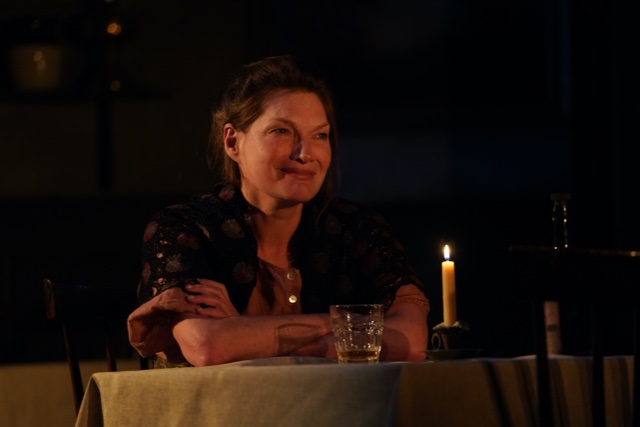 Kate Forbes, a lovely performance of a loving person who endures alcoholism, anger and profound regrets/ 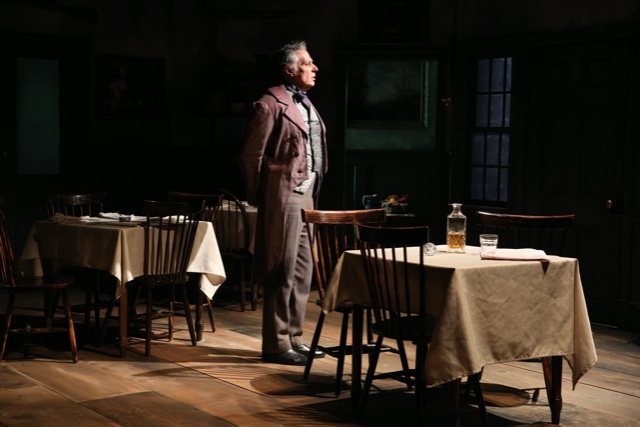 The Major's light is fading.

The Irish Repertory Theatre was preparing to present Eugene O’Neill’s Touch of the Poet when Covid struck and theaters closed.  Sets were ready.  Costumes had been fitted. Rehearsals underway.

Ever inventively, the troupe re-grouped to put the production on streaming. Directed by Ciarán O’Reilly,  this work was  a masterful performance on screen. Now it is back live.

The principal cast remains the same. Robert Cuccioli is a compelling “Con.”  We fear for his sanity as he drowns his dashed dreams, swigging his way to abuse of his wife and daughter.  His wife Nora is one of O’Neill’s strong women. Kate Forbes plays her as both self-sacrificing and satisfied.  She is a woman who has followed her love and basks in its encompassing embrace, no matter its abusive edge.

This is O’Neill’s view of the feminine role. Fulfilled by a man, and serving him in love, a woman finds happiness. Nora’s feisty daughter is destined for the same path, although this only becomes progressively apparent as Belle Aykroyd’s performance unfolds.

The play’s trajectories are subtly realized.  Con’s is from edited image to reality and a place in the world he can enjoy and relish once he is able to give up the Major. The daughter proceeds to the unexpected discovery  that her mother is ‘knowingful’ – for the daughter too has decided to give up herself for love of a man.

Striking in the live stage production are the contrast between lusty bar mates, their exuberant singing and shouts behind a closed door which finally opens. Music in the interstices is apt. The lighting by Michael Gottlieb is striking and also fits the changing moods.

Costumes are striking.  Major Melody, otherwise known as “Con” enters in a morning suit with a light lavender silk vest. It covers his hangover. The uniform he wore during the Peninsular War is spiffy. The struggle between his alcohol drenched dreams of aristocratic grace and the truth of his rough and tumble background are exemplified in dress.

O’Neill of course bathes us in poetry.  It is no wonder the Battle of Talavera was selected from the many Peninsular War battles. It has the ring of the poet about it. When Mrs. Harford (Mary McCann) asks about the Blarney Stone, we know that Con has been kissed by it.  Kissing Ireland's Blarney Stone, a tradition that's been around for several centuries, is said to give a person the gift of eloquence and persuasiveness.  Eloquence Major Melody has in spades. Yet it does not provide him with persuasiveness.  He cannot command his daughter, he cannot kiss her prospective mother-in-law, and the only duel in which he engages, and he loves the honor of duels, is with four policemen who beat him up with clubs rather than swords. As gifted actors articulate the playwright’s own poetic language, Lord Byron’s echoes.

The balance of the play is weighted heavily in favor of illusion and abuse.  Yet the characters performances move toward reality and acceptance of roles..  Friendship with David Beck, whose memory of the events of the battle of Talavera confirms the Major’s and the barmates pleasure in company which prepares us for Con’s choice, balance the presentation.  John Vennema’s elegant bribe suggests the role of money in an earlier version of America.  He is stuffy to the end, even when Con raises his fists.

The Irish Repertory is back in fine form.  How nice it is to hear brogue ringing  out in the Francis J. Greenburger mainstage at the Irish Rep.  Tickets here.