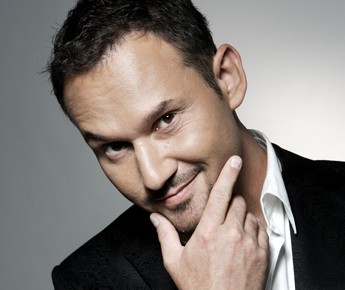 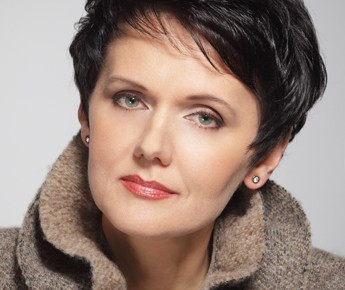 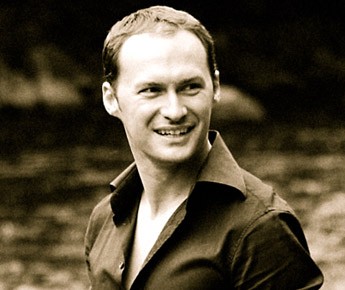 If you smelled a strange and exotic perfume, highly floral but with enough musk and oriental spice to give it body, wafting through Symphony Hall Thursday night, it was not being piped in by BSO management. It emanated from the music Karol Szymanowski (1882-1937) wrote for arguably his greatest work, the short, three-act opera “King Roger,” which has been called a hothouse flower so often as to be a cliché. But it is a hothouse flower, sensuous and decadent, carnal and spiritual in equal measure. Coming toward the end of that astonishing fin-de-siècle period that gave us so many great transitional works lodged between Romanticism and modernism in music, literature, art and architecture, it incorporates and distills much of the advanced music that preceded it. You can hear traces of Richard Strauss, Claude Debussy, the Russians Nicholai Rimsky-Korsakov and Alexander Scriabin, even such outliers as Frederick Delius, Carl Orff and Ferruccio Busoni, but somehow Szymanowski pulls all his influences and explicit references (“Salome,” “Salome,” “Salome”) together to create something distinctly his own - if not particularly Polish, which was one of his goals, to create a Polish national opera.

Szymanowski didn’t write a lot of music, and most of it was not well received in the conservative Polish capital, although he was duly honored as the country’s leading composer. But he could take his time – it took him six years to write the 90-minute “King Roger.” He was born into the Polish landed gentry, and if money was tight after the Russian Revolution when his family lost their estates in Ukraine, he never really had to work for a living.

The opera concerns the spiritual transformation of King Roger II, one of three Norman kings of that name who pitched their 12th century capital in Palermo, which had been for nearly 200 years one of the three principal cities of the Muslim world before it was conquered by the Normans.

Raised in a proper provincial culture in the cold North, Szymanowski was himself transformed when he traveled to the Mediterranean – Greece, North Africa, Italy and Sicily – with his cousin Jaroslav Iwaszkiewicz, who worked with him on his masterpiece’s libretto. The sensuality and openness of the people, particularly in Sicily, opened his eyes and heart. Both Szymanowski and his cousin were homosexual and like countless other gay Northerners of means spent as much time in the more tolerant and accepting Mediterranean as they could, although he always returned to Poland.

In the Mediterranean, the myths of the ancient world came alive to him, as they do for so many who visit there. His opera is ostensibly about the 12th century Norman king who has to deal with a shepherd who seduces his wife, his people and eventually even himself, but it is based on the Greek play “The Bacchae,” in which rationality faces off sensuality in a battle that sensuality wins, the exemplar of reason torn to bits by frenzied female followers of Bacchus, which included his mother. (In “King Roger,” Szymanowski punted – writing a less gory conclusion to the work, a transformed King Roger singing a hymn to the sun.)

As a man who was born into a Polish family in Ukraine, which was then part of Russia, Szymanowski was attuned to multiculturalism, even as nationalism stirred his soul. The layering of cultures he found in Sicily profoundly attracted him. Consecutively occupied by Phoenicians, Carthaginians, Greeks and Romans, it was conquered after the collapse of the Roman Empire by the Arabs, who established Palermo as an intellectual center. For the period, the Muslims were unusually tolerant, and Greek Christians, Jews and Arabs lived together, if not in harmony, at least in mutual acceptance of each other. The architecture the Normans created is unique in Europe, a curious style called “Arabo-Norman” that combines the fortress-like structure of the Norsemen, the filigreed elegance of the Arabs and the elaborate mosaic programs of the Byzantine Greeks.

Like Puccini in “Tosca,” who set each of his three acts in Roman landmarks, Szymanowski set the three acts of his opera in historically and culturally resonant places. The first act takes place in a cathedral, the model probably being the Cathedral in Monreale, a hill town just outside Palermo, in which the mosaics glitter in the setting sun like a holy fire. The second act is set in the Palazzo dei Normanni, (the royal palace), where a private chamber is covered with mosaics of a more secular sort featuring leopards and peacocks aligned under palm trees, rather than Christ Pantocrator. The third act, in which the pagan past comes to life, is set in the ruins of the temple at Taormina, famous among turn-of-the-century esthetes not only for its Romantic view of Mt. Etna from the ruins of the town’s theater but for the local boys’ willing availability.

Szymanowski didn’t make it easy for his opera to thrive. At 90-minutes it’s too short for a proper full-evening entertainment, which is what paying customers in the opera house are accustomed to. Secondly, it’s in Polish, which few singers outside Poland can sing and, until the age of supertitles, few audiences could understand, and finally, it requires a huge orchestra and two large choruses, one of children. It’s a miracle that it’s done at all, but in recent years it has been revived in cities all over Europe; maestro Charles Dutoit, who led the BSO forces, is one of its major advocates, having led premieres of the work in Paris, Montreal, New York City and Tokyo. (The American premiere, led by Leonard Slatkin, was in St. Louis in 1981.)

Szymanowski explores the full range of volume and color his huge orchestra and choruses allow, and Dutoit follows the score with incredible understanding of its contrasts and subtleties. This is a composition in which every note has been considered and reconsidered. Despite the vast array of instrumentalists and vocalists filling the Symphony Hall stage, the opera opens quietly, with an almost inaudible organ solo, the sound emanating from the depths of the Cathedral. The orchestra and chorus enters, still quiet; they are singing the Mass, the high voices of the chorus dominate and the organ rumbles, when the deep voice of a bass, the Archbishop, adds to the sonic color. You can feel the hot, humid, sensual Sicilian night. When the full chorus lets loose, calling on God to bless King Roger and Queen Roxana, it makes a loud, thrilling sound, Byzantine but modern. All this in a matter of minutes – it blows you away.

The performance contains too many moments of small, quiet sounds standing out from the thick orchestral texture to cite, but one lovely moment I’ll remember is Dutoit’s highlighting a single triangle’s solo for only a few seconds before the full orchestra returns in force. In other hands, such a small moment might be lost.

In “King Roger” the orchestra, dominated throughout by shimmering, orgasmic strings, plays the leading role, which is another reason a concert version of the work is acceptable. But it is an opera after all, and it has a tale to tell, a tale fraught with conflict, in which ideas emerge from the sensuality of the score. And the tale is told through singers.

The BSO assembled a dream cast for the performance, four soloists from Eastern Europe, who know the language, the culture and the opera. The two leads, the Poles Mariusz Kwiecien as King Roger and Olga Pasichynk as Queen Roxana, have been singing their roles, often together, internationally for the past few years. You can see them in a production, set in and around a swimming pool (??), from the Paris National Opera on Youtube. (One of its virtues is that Kwiecien performs in a pair of loose white boxer shorts for much of the action.)

Kwiecien, young, handsome, sexy, full of himself (in a good way), is one of the world’s leading baritones at the moment, the equal of tenor Jonas Kaufmann, if baritones can ever equal tenors to the broad opera audience. (And we can thank the BSO for bringing both of them to town.) Kwiecien sang with a full, even, resonant voice, rising to high notes and in volume without effort, and was always dramatically alert. He showed how emotionally frozen Szymanowski’s character Roger is, admitting that his heart is made of bronze, and how ambivalent he is about the Shepherd’s call. (In another exchange, his advisor Edrisi asks him when was the last time he listened to a song or kissed Roxana’s lips. No wonder she is so willing to join the mysterious Shepherd who offers her and everyone else who will follow him the gift of love.)

But aside from his final aria, the hymn to the sun, King Roger was basically the straight man, if you will, in a triangle in which his wife Roxana and the Shepherd, who turns into Dionysus in the final act, have all the juice. And although Kwiecien made the most of it, that final moment is something of a let down dramatically and musically. Szymanowski made a major mistake, I think, in avoiding the bloody ending of his original source, even if the historical Roger lived on and was not torn to bits by frenzied followers of Bacchus. By wimping out dramatically, Szymanowski concluded his opera on a soft note, where so many of his predecessors – Strauss in “Salome,” Puccini in “Madama Butterfly” – did not shirk from the implications of the story, to the dramatic advantage of their work.

As the Shepherd, Lithuanian tenor Edgaras Montvidas was outstanding. Brought before the King to explain himself, Montvidas sang in a strong, confident voice, “My god is beautiful like me/My god is a good shepherd,” one of the electrifying moments in the score, which Szymanowski reprises at later moments in less extended form.

Szymanowski wrote his most rapturous, ecstatic music for soprano Olga Pasichnyk, the only member of the central quartet who expresses in music the emotional and sexual release that the god Dionysus offers his followers. (And the fact that the openly gay Szymanowski, who wrote a novel about his love for a 15 year-old boy, gives such music to the only female among the leads says a lot about his own possibly unresolved personal conflicts.) In the second act, Szymanowski writes a vocalise for Roxana with such insinuating eroticism that it becomes the centerpiece of the entire opera. When she adds words, they are to beseech her husband to relax his guard, to have mercy upon the Shepherd, to hear his message. Pasichnyk sings it with intoxicating sensuality, and you wonder how anyone can resist her entreatments.

As Edrisi, Polish tenor Rafal Majzner, who was in good voice, did his best to bring some weight to the thankless task of singing the role of the King’s advisor, seldom the most riveting character in opera.

In the smaller roles of Archbishop and Deaconness, bass Raymond Aceto and mezzo-soprano Yvonne Naef, who sang from the Chorus, were fine. John Oliver’s Tanglewood Festival Orchestra, augmented by Voices Boston, the childrens’ chorus formerly known as PALS, were as usual superb and they received the biggest hand from the audience as they almost always do. This is a town that knows good choral singing when it hears it.