Sheer Perfection at the Piano 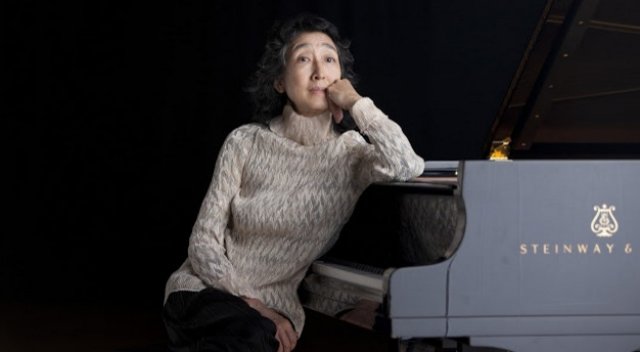 Is it possible for an artist to be above criticism?

That question is necessitated by this week's schedule at Carnegie Hall, which features not one but two recitals of Schubert piano sonatas by the astounding Mitsuko Uchida. On the concert hall as well as on disc, Uchida offers a highly personal approach to these works. At the first of these concerts on Monday night, she offered three of the sonatas. These are works that Schubert had trouble getting performed in his brief lifetime. While they are firmly in the standard repertory for the solo pianist, a traversal of them is rare. The playing of three of these large-scale works on a single evening is a considerable feat.

In writing for the solo piano, Schubert’s style is a masterpiece of condensation for the single instruments. One might even argue that these sonatas sound more like Lisztian transcriptions of symphonic works than pieces written for only ten fingers. He opens the bold C minor sonata by pitting two themes against each other, a staccato idea that appears with great force only to yield with a lyric motive with hints of perpetuum mobile. These two ideas argued with each other for the course of the long first movement, and Uchida gave loquacious voice to this thematic dispute.

The lyric, songful Schubert appears in the Adagio with a hymn-like theme that is moving in its careful restraint. (This movement has the same moving feeling of "farewell" that shows up in late works like the C Major Quintet.) This leads to a short, playful, brief minuet and a broad, expansive finale that makes use of the full range of the keyboard with astonishingly wide intervals. In each movement, the sense of forward motion appears as a sort of unifying idea, with the forward drive of the journey being an overarching concept.

The “Little" A Major sonata was next. Uchida made this music flow gently, emphasizing the singing quality of her instrument as she moved her hands over the keys, her gold boot-clad foot working adroitly at the pedals. The modern steel-framed Steinway as we know it did not exist in Schubert’s day and part of the challenge faced by the artist in delicate music like this is to translate it for the heavier instrument while still keeping its essential, lyric quality.

The marathon nature of Uchida’s program became apparent in the last part of the concert, a performance of the long and challenging G Major Sonata. This is a work whose first movement stretches for longer than some multi-movement sonatas, and one where Schubert gleefully disposed of standard form for a free, fantasia of sound that opens the ear up to infinite vistas of musical possibility. Small wonder then, in conservative Vienna that the great man had such difficulty getting his music performed.

The Carnegie audience sat absolutely rapt, enthralled by the long and involved narrative of thematic ideas that unspooled under Uchida’s skilled touch. The movement is long, yes, and ideas repeat and build on each other in a manner that predicts the thematic mind-palaces of Wagner's later style. The Andante is a kind of return to normalcy from these exotic outer regions, another battle between a gentle, lyric idea and a harsh, almost belligerent second subject.

As with the first work on the program, a short, almost courtly menuetto led into the expansive finale. Uchida took these two movements without pause, and the measured pace and courtly, toccatta-like idea left some listeners confused as to whether the work was actually over. Following three rounds of vociferous, standing applause,  Uchida obliged her fans with the briefest of encores: the lush and searching Langsamfrom the Six Little Piano Pieces by Arnold Schoenberg. It was a whole new vista of brilliance and musical bliss, contained in just 69 seconds of decidedly atonal music. (Reprinted by permission from Superconductor).