Zoom Readings at the Mount 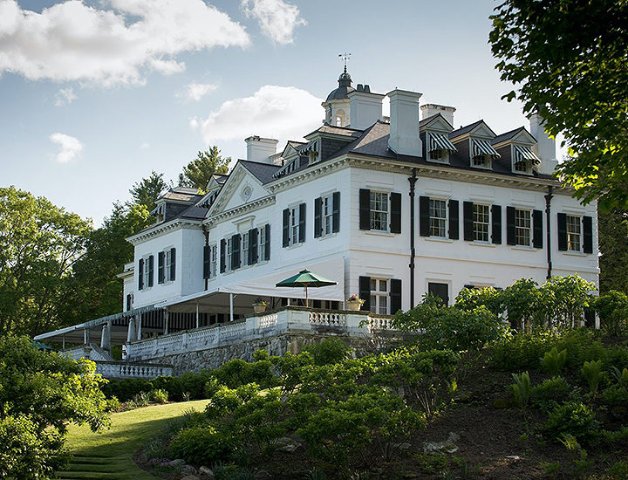 This March, journalist Julie Scelfo will be hosting conversations about extraordinary women from the nineteenth century who have helped shape the American story with their achievements. The series will focus on four such women: Susan LaFlesche Picotte, the first Native American woman to earn a medical degree; Elizabeth and Emily Blackwell, sisters who were the first women in American to receive medical degrees; and social justice icon Ida B. Wells. Biographers Diane Baily, Janice Nimura, and Michelle Duster respectively will join Scelfo. All the conversations will be free and online. Additional information and registration at EdithWharton.org.

“For this series, we wanted to focus on women who were from Wharton’s era but living and working in different parts of the country in diverse conditions,” said Patricia Pin, The Mount’s Public Program Director. “Their lives and achievements enrich the historic landscape, painting a more vibrant and inclusive view.”

In 1849, Elizabeth Blackwell became the first woman in America to receive an M.D. Five years later, her younger sister Emily joined her in this historic breakthrough. Author Janice P. Nimura introduces us to the subjects of her latest work, The Doctors Blackwell: How Two Pioneering Sisters Brought Medicine to Women and Women to Medicine, which explores the sisters’ allies, enemies, and enduring partnership.

Journalist, suffragist, and co-founder of the NAACP, Ida B. Wells was a trailblazer, committed to the needs of those who did not have power. A century after her death, Wells’s genius is being celebrated in popular culture through song, public artwork, and landmarks. Writer Michelle Duster’s latest book, Ida B. the Queen: The Extraordinary Life and Legacy of Ida B. Wells pays tribute to this transformational leader, who also happens to be her great-grandmother. Join Duster and Scelfo as they discuss the enduring legacy of this civil-rights icon.

Diane Bailey has written more than fifty nonfiction books for children and young adults. Her most recent titles include books in The Great Outdoors series (Survival Skills, Mountain Biking, Discovering Nature, Water Sports, and Snow Sports), the Black Achievement in Science series (Biology, and Physics), and A First Look at America’s Presidents series (James K. Polk, John Quincy Adams, and William McKinley). She is also a journalist whose work has appeared nationally.

Janice P. Nimura received a Public Scholar Award from the National Endowment for the Humanities in support of her work on The Doctors Blackwell. Her previous book, Daughters of the Samurai: A Journey from East to West and Back, was a New York Times Notable book in 2015. Her work has appeared in the New York Times, Smithsonian, and LitHub, among other publications, and she was recently heard on NPR's Fresh Air and All Things Considered discussing the Blackwells.

Michelle Duster is a writer, speaker, professor, public historian, and champion of racial and gender equity. She co-wrote the popular children’s history book, Tate and His Historic Dream; co-edited Impact: Personal Portraits of Activism; Shifts: An Anthology of Women's Growth Through Change; Michelle Obama’s Impact on African American Women and Girls; and edited two books that include the writings of her great-grandmother, Ida B. Wells. She has written articles for TIME, Essence, HuffPost, Teen Vogue, Refinery29, The Hill, Daily Beast, and The North Star. Her advocacy has led to street names, monuments, historical markers, and other public history projects that highlight women and African Americans, including Wells.

Julie Scelfo is a journalist, author and justice advocate who helps people discover the forces that help shape human thinking. Previously, Scelfo was a staff writer for The New York Times, and a Correspondent at Newsweek where she covered breaking news. Scelfo is the author of The Women Who Made New York, a collection of intersectional biographies that reveal how it was women — and not just men — who built one of the world’s greatest cities.