Christine Lahti and Treat Williams: The Lion in Winter 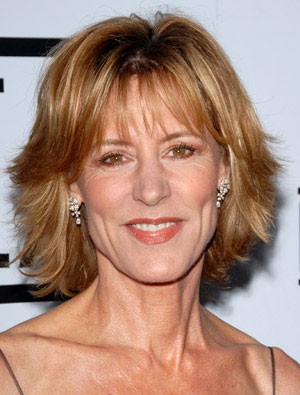 Christine Lahti will play the abused wife of Richard the Lion Hearted. 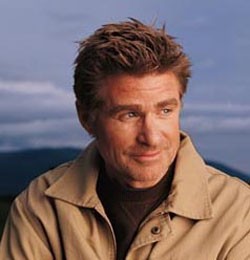 Treat Williams will appear as the caped Crusader.

Treat Williams (Henry) Treat Williams began his career on Broadway as Danny Zuko in Grease. His first important film role was the part of Berger in the film version of Hair. Treat's other film work includes The Ritz, The Eagle Has Landed, Prince of the City, 1941, Smooth Talk, which won first prize at the Sundance Film Festival, Once Upon A Time in America, Woody Allen's Hollywood Ending, Deep Rising, The Outrageous Critical Bill in Things to do in Denver When You're Dead, The Phantom, Deep End of the Ocean, The Devils Own, What Happens In Vegas, Howl, 127 Hours, and Deadfall. He will next be seen in Reaching For The Moon with Miranda Otto, and Barefoot with Evan Rachel Wood and Scott Speedman. Treat has appeared in multiple Broadway productions such as Over Here, Once in a Lifetime, Love Letters, Pirates of Penzance, and Steven Sondheim's Follies (Theatre Guild Award). Off Broadway; Bus Stop, Some Men Need Help, Captains Courageous (Theatre Guild Award), David Mamet's Oleanna and Bobby Gould in Hell. His television credits include Streetcar Named Desire, Hoover, Dempsey, The Late Shift, Max and Helen, Law & Order: SVU, and The Simpsons, as himself. For four seasons he starred as Dr. Andy Brown in the critically acclaimed series Everwood for which he was twice nominated for the Screen Actors Guild Award as best actor. Treat is currently appearing in White Collar, Hawaii 5­0, and Chicago Fire. He has been nominated for four Golden Globe Awards, an Emmy, and has won two Theatre Guild Awards. Most recently, he won Best Actor for L'estate Di Martino at the Sicilian Film Festival. Treat has also experienced success as a director, as his short film TEXAN, by David Mamet, was awarded best film at three film festivals. A pilot with over ten thousand hours in the cockpit, Mr. Williams has been flying airplanes and helicopters of all shapes and sizes for over 30 years. He currently lives in Vermont with his wife and two children.

Treat Williams commented, "I'm thrilled to be Playing King Henry this summer in The Lion In Winter at Berkshire Theatre Group. It is, in my opinion, one of the best plays about family ever written. It's wonderful to follow a dysfunctional royal family (what family isn't?) for a Christmas holiday in the twelfth century and realize nothing much has changed. They manipulate, cheat, lie, maneuver, seduce and threaten one another throughout, and have great fun doing it. I can't wait.”

Tara Franklin (Alais) At Berkshire Theatre Festival: The Puppetmaster of Lodz, Brace Yourself, Birthday Boy, The Guardsman, Ghosts, A Man For All Seasons, Educating Rita, Amadeus, Equus, The Misanthrope, Peter Pan, Dimetos, A Dream Play, The Einstein Project, and Camelot. With the Nebraska Shakespeare Festival: Henry V, Love's Labours Lost, King Lear, Much Ado About Nothing, A Midsummer Night's Dream and Hamlet. At the Connecticut Repertory Theatre: Translations, The Trojan Women, Red Noses, The House of Bernarda Alba, Misalliance, The Crucible, A Cry of Players and A Christmas Carol.  New York: Me, My Guitar and Don Henley, Shel's Shorts and The Secretaries.  Chicago: Manuscript Found in Saragossa (Lookingglass Theatre Company) and Gravid Water (Improv Olympic).  Film: Labor Day (in production) Education: BFA from New York University's Tisch School of the Arts. MFA from the University of Connecticut.

An epic and humorous tale of political strategy and family dynamics, The Lion In Winter, set during Christmas 1183, tells the story of King Henry II, Queen Eleanor of Aquitaine, and their sons, Richard, Geoffrey and John as they play a deadly game of real life chess; winner takes the throne. Who will come out on top as the ruler of England and the ruler of the family? The Lion in Winter proves just how absurd and lethal family rivalries can be.