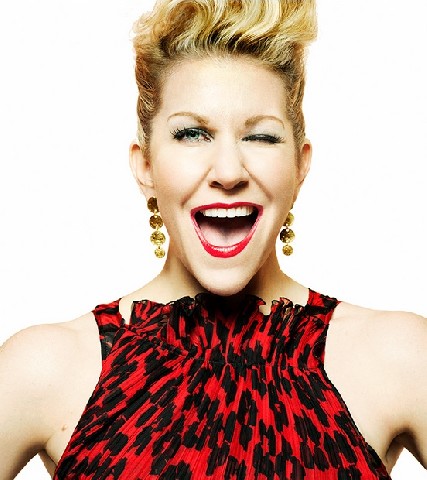 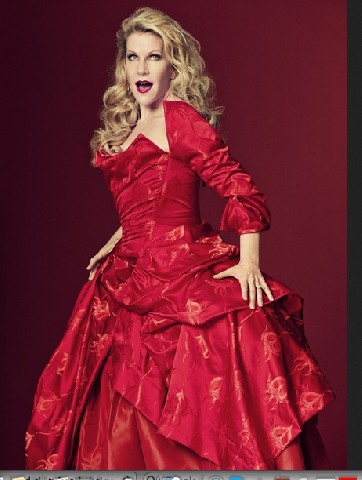 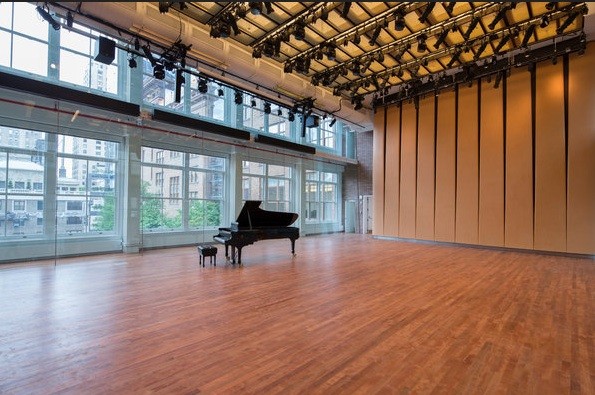 Perfection:  The first word that comes to mind when you think of a di Donato performance.  But it is not a static 'being perfect', but instead the act of perfecting.  It is lifeful, not finished.  Risks are taken.  The singer surprises.  The singer is open.

Di Donato is delightful among her many virtues.  She informs us that the definition of being open is 'not closed.'  Even if a composer requires you to sing with a hand over your mouth, I bet Di Donato could make it feel 'open.'

The music that she likes to work with is Handel, Mozart and bel canto where you can't hide.  Schneider, first up, is tackling Fra poco a me ricovero.  She has him paint with his arms as he sings evoking Pollock, Cezanne, take your choice.  Then she subjects him to open heart surgery and spill out his guts too.  It works.

If the Day 1 class was about the importance of surprise and unpredictability, this is going to be a lesson in the body as the home of the voice.

Di Donato does not dismiss pedagogy and in fact welcomes its discipline.  But often she suggests the voice gets caught in the throat, trapped instead of freed.

She talks of morning exercises in which the singers breathed back to back.  She takes Narca Son by the shoulders and moves her as she sings.  Son's is a voice for the ages.  Her musicality is immediately apparent.  But Di Donato hears a glitch: a catch at the onset of a note, and she calls this to Son's attention.  The glitch disappears.

In the first class all the performers were referred to notes entering in the reverse of the children's game:  feet, knees, shoulders, head.  Up through the body.  Di Donato wants the singers to claim their own voice.

Now the image is a vinyl record going around and round to achieve legato.  Di Donato takes an arm and moves it round in circles as the singer follows, or rather joins in.  Chromatics twist up.

Schneider and Son are more advanced singers, Schneider already in programs at Convent Garden and Son training in Hamburg, Germany.

King, a Yale graduate, responded immediately to Di Donato's prompts, and came worlds forward between Day 1 and 2.  So too did the youngest member of this group, Kayleigh Decker, a junior at Oberlin College.  Di Donato deliberately chose singers at different stages of their development.  They could teach one another.

The singers who had performed in the one and two slots on the first day shone under Di Donato's tutelage.   At first they had sounded like many American-trained singers today. Both Broadway and the Metropolitan Opera want you to belt it out with an edge.  If this is not your natural voice, it can sound awful, but you are tempted by jobs.

The result of Di Donato's ministrations is a big voice, but it also seemed to flow from the body, to be natural.

Even in Day 1 instructions, attention was paid to meaning. King was asked about her imprecations.  What is she saying to the wicked Don Giovanni?  In fact, Di Donato points out, she is kindly.  Why won't you change?

Di Donato admonished: You are presenting not yourself, but your voice.  Don't underestimate your first impression.  If everyone knows I'm as corny as Kansas, I can swoop in with an imperial hairdo and a bustle, looking to all the world like a princess, or Cinderella in her glory.

Di Donato's graduation address at Juilliard begins to reveal what a generous soul this talented singer is.  You can see it in these Weill master classes.  And she rivals Riccardo Muti in her passion for music and its importance in our lives.

Carnegie stands out in every way for the future of music.  This Weill program is only one of the many facets of their contribution comes to the fore.  Why you can even go on line and get a Toolbox for Music Education for free.

In the meanwhile, the Di Donato master classes are available on Medici TV.