Will the Real Julia Garner Please Stand Up

From Ozark to Inventing Anna 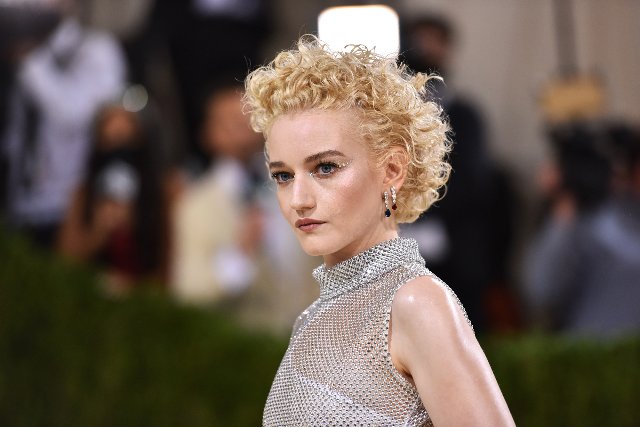 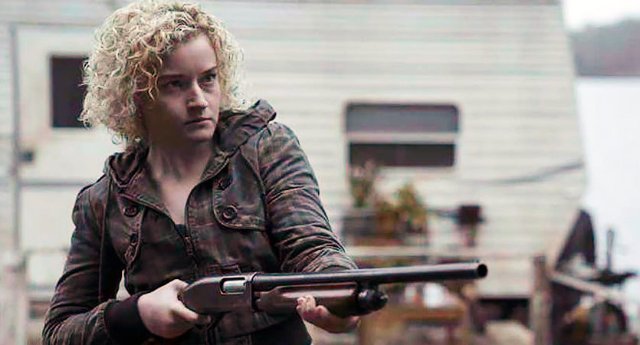 Garner as Ruth in Ozark 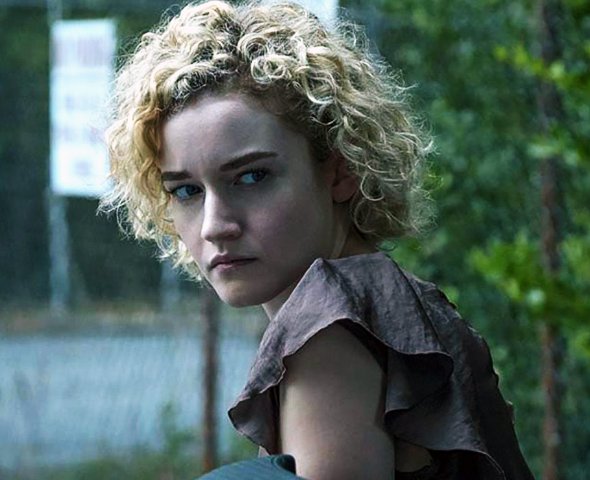 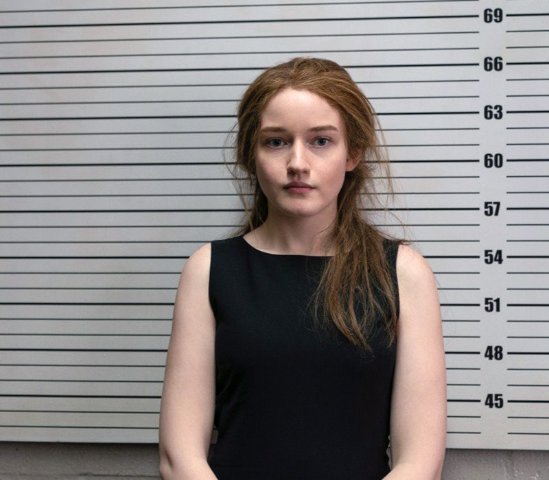 Garner as Anna in a mug shot. 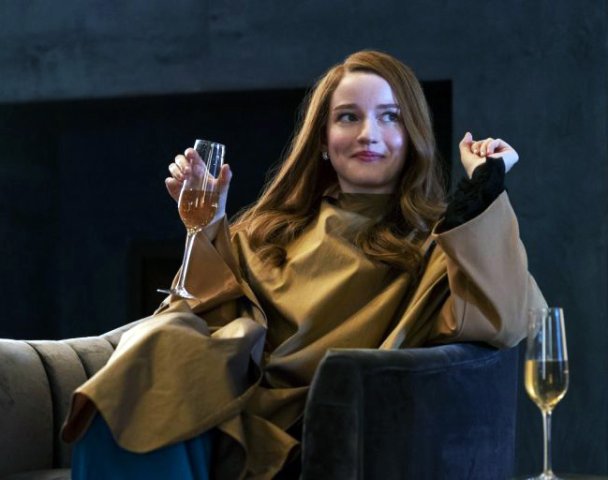 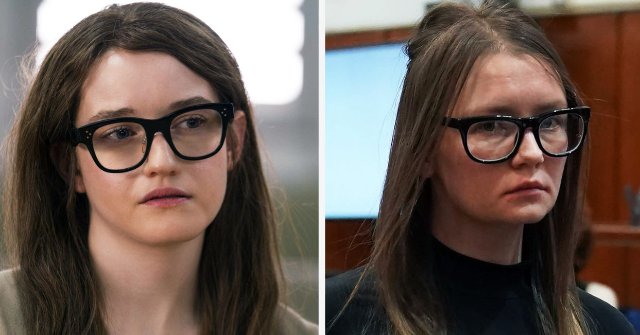 Garner, left, and the felon she portrayed. 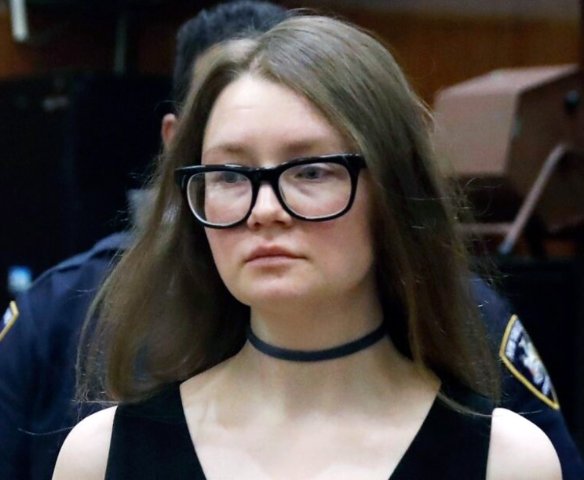 I watched most of the first season then gave up.

It seemed like a waste of time with an implausible plot.

Bollocks to a family with tons of ill gotten cash on the lam in Hicksville.

The crooks are trying to fit in with two kids and clone just plain folks in a community of trailer trash rednecks.

To get by they invested in a titty bar. The better to incinerate the occasional hit, they buy a funeral home. As they say, it’s a good business that never runs out of clients.

Bodies pile up like the Battle of Gettysburg over four seasons. When the plot lags someone else gets whacked.

The Byrdes launder money for a Mexican cartel managed by Helen, a lawyer who represents a dangerous “client.”

I soon tired of Laura Linney’s narrow range of cloying facial expressions as Wendy Byrde. She’s an off the leash soccer mom navigating the big time drug world. Even worse is the deadpan, expressionless Jason Bateman as Marty Byrde, a generic everyman. Through pleasure or pain there is no affect to his expression. It’s as if he studied method acting and flunked.

For lack of anything else on the wasteland of Netflix, recently, I wandered back picking up with season two.

Though paced like watching paint dry, ok, let’s admit it, I’m hooked. It’s as good as any other way to waste time and avoid all the better things that might get done. The good part is that I do my daily upper body exercises while watching.

My well polished ennui, however, melts every time the riveting Ruth Langmore (Julia Garner) explodes on the screen with a burst of foul mouthed expletives.

Though not nice, it’s legitimate to call her trailer trash. Literally, she lives in one with all the derelict accoutrements like dead cars, old tires, outdoor couches to drink beer, shotguns, and pickup trucks.

Marty and Wendy have prospered and live in a decent, middle class home. Though Ruth has become an indispensable part of their complex criminal enterprise, and must be making decent coin, she still is living in the trailer. Except for when she works the floor at the casino they acquire by season three, she is dressed strictly from Goodwill.

She’s a tough cookie and takes no crap. Even from Frank, Jr. the son of a Detroit union boss and mobster with hooks into the Byrdes. She kicks him in the balls and sends him off the top deck of the river boat casino. Arm in a sling his pride is hurt. He took a slap down from a cheeky chick.

He retaliates by beating her half to death. It costs Marty 15% more on his deal with the mob but Frank, Jr. is “untouchable.” Until, that is, he gets his nuts blown off to even the score.

I guess by now I have your attention.

Just 27 Garner is said to be worth $3 million and has garnered (pun intended, forgive me) an Emmy.

We are all too familiar with one-hit-wonders from successful TV series. We recall George Reeves who was a superstar as Superman (there we go again) from 1952-1958. Unable to land another role he threw himself out a window but discovered that he couldn’t fly.

Garner is so astonishing as a foul-mouthed, kick ass, Ozark bitch that you can’t imagine her as anything else. But hold that thought.

The trashy, overplayed series from Shonda Rhimes is fun as all get out without a serious bone in its body. Which is to say pure crap and devilishly amusing, binge-worthy entertainment.

So grab the chips and dips and camp out on the couch for the duration.

The tongue-in-cheek logo for each episode, inventively recreated reads “This whole story is completely true. Except for all the parts that are totally made up.”

It’s up to viewers to sort fact from fiction. There’s a cottage industry of journalists on the case. The Rhimes series is based on a New York Magazine story framed around uncovering the story.

Initially, I kept pinching myself. How could this possibly be the same actress that performed as Ruth? I totally did not recognize her so complete is the transformation.

That mop of Ozark curls (her natural hair) is overlaid with wigs. Her voice with a truly unique, remarkable and astonishing accent put me in orbit. I found myself hooked by every slurred, exaggerated, syllable.

Everything about Garner’s character has been meticulously cloned from the Rikers Island jailbird who conned and grifted New York society out of hundreds of thousands of dollars. She was convicted and served four years. Having overstayed her visa she is currently on hold from ICE and fighting deportation.

It seems that the convict, who was paid some three hundred large for rights to her sordid tale, wanted Jennifer Lawrence to play her.

In side-by-side comparisons, however, the resemblance of Julia Garner to the woman she plays is simply astonishing. It’s a tribute to her genius as a young actor.

Garner was born on February 1, 1994 in the Riverdale neighborhood of The Bronx, New York. She is the second child and younger daughter born to Thomas Garner and Tami Garner (nee Gingold). Her mother Tami is a therapist who had a successful career as an actress and comedian in Israel. Her father Thomas Garner is a painter and an art teacher, originally from Shaker Heights, Ohio. Garner is Jewish, as is her mother. Garner has described herself as "half-Israeli." She began taking acting lessons at age 15 to overcome shyness.

By all accounts she lives modestly and avoids the spotlight. Anticipate more prime roles for this versatile and gifted actress. With fine boned but generic looks she can be dressed up or down providing great range to what she performs.

The great fascination and enigma of so called Anna Delvey is who the heck she really is. Best friends who partied with her were totally duped. When Anna’s credit cards were rejected they routinely got stuck with the tab with promises of hasty reimbursement.

She stuck a bill for $64,000 on a close friend who couldn’t afford it. Criminal pursuit of that debt collapsed her fragile house of cards.

It was just a matter of her German father and financial manager releasing funds from an alleged 60 million Euros trust fund. That was ghost collateral for the $40 million she is seeking to establish a private art club for whales.

She had top bankers and hedge fund managers on board with her scheme/ scam. They truly wanted to believe in the visionary young businesswoman. Running the numbers they see her club complex as potentially generating $200 million annually. That's before franchising.

It almost worked. The theme of this series is “fake it till you make it.”

In the high flying world of startups and venture capital the difference between success and failure is whisker thin. It’s billions or Rikers.

Part of the con is flawlessly playing the game of the rich and famous. If you look and act right, and go with the flow of rolling thunder, nobody is so crass as to dumpster dive your credentials. It’s just a matter of oozing past the muscle and heat at the gate.

Once in it’s game on for meet and greet. Been there and done that.

This is the appalling world of air kisses and Dom Perignon for breakfast on a yacht off Ibiza. Anna and her on the make mate, Chase, are invited on board as friends of a friend. Then stay on for another five days after the other guests depart.

Well, you catch the drift.

The “real” Anna Sorokin was born in Russia, grew up in Germany, and took off on her own at 19. With no real education or cash, she Euro trashed around acquiring fluency in seven languages, social graces, charm and autodidactic entrepreneurial skills. She has a steel trap memory for details. Working a room she knew the bio and vitals of all she met. Anna piled up social contacts as a pyramid scheme and con. She got by with the help of a friend of a friend of a friend.

It’s a heck of a story though Rhimes gilds the lily with stress on excess. The real Anna is a piece of work that needs no such embellishment.

Garner plays her to perfection, particularly that wiggy, impossible accent. It was a hoot to watch a clip of her explaining how she conflated German and Russian with a soupcon of New York society panache. It’s a master’s class on exquisite acting. Her performance is on a par with Meryl Streep’s accent in Sophie’s Choice.

A reporter asked what Sorokin thought of her TV character. “It’s really hard to tell where she would be from,” she said. Garner’s version, like Anna’s, is a voice without a home, spanning several continents and eras of Sorokin’s life. “She got it right in a way,” Sorokin acknowledged.