Between the Acts on Sundays 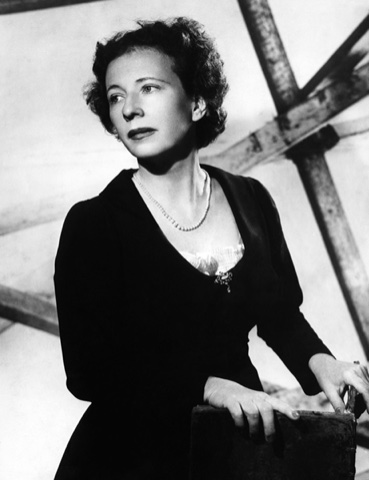 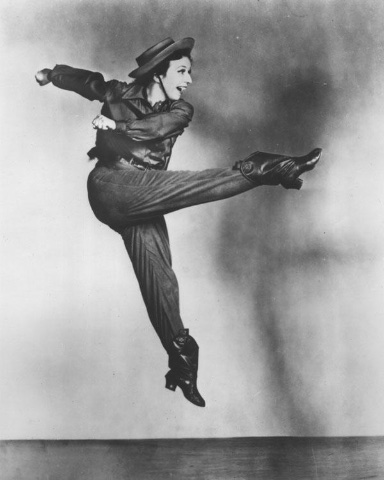 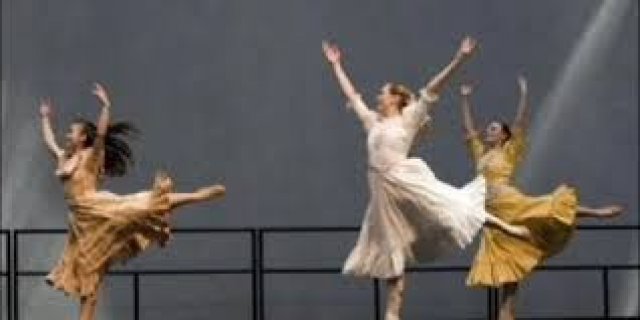 New York Theatre Ballet Streams Between the Acts on Sundays

The marvelous New York Theatre Ballet is offering Sunday conversations on dance in their Between the Acts Series.

De Mille was a balletic anomaly in the modern dance world. She always referred to herself as 'contemporary' not to be confused with 'modern.' She created gestures and poses that were fresh and original show stoppers. Early on, her interest in embodying the characters she portrayed in dance was evident.  Her creatures were born of intelligence and intuition.

Her big break came in Nymph Errant, a play with music by Cole Porter. Gertrude Lawrence played a young woman desperate to lose her virginity. De Mille asked Porter to write her some Greek music in 6/4. Terrified of his response, she was instead richly rewarded. Porter came back the next day with a piece of astonishing rhythms and harmonies.

As fiercely experimental as her contemporary 'modern' choreographers, she always wanted dance to be for “all of us.”

Of her first performance in Hoboken, New York Times critic John Martin wrote,  she has “the  finish of an old hand and the spontaneous freshness of a novice.”  Adaptability, theatricality, a strong sense of comic timing and the ability to maneuver an ensemble were among her gifts.

Ferrell spoke about her love of the legends of our land. She took the myths and showed the reality behind them.  The outsider is a beloved figure.  Ferrell also recalled her advice: “Don’t be afraid to be clear.”

Her dream ballet choreography for Oklahoma! was the first appearance of truly story-integrated dance that advanced the plot of a musical. De Mille choreographed over a dozen other musicals on Broadway, including Carousel, Brigadoon (co-winner of the inaugural Tony Award for Choreography), Gentlemen Prefer Blondes, Paint Your Wagon and 110 in the Shade, as well as the film version of Oklahoma!

Ferrell created Dance/Speak which New York Theatre Ballet premiered.  "I wanted to write a piece about Agnes' career and personal life, using her dances in the way songs are used in a musical theatre piece. The text is heavily adapted from her autobiographical writings. I've had to invent as well, but to the extent that I could rely on Agnes to speak for herself, I let her. She is a fascinating character, and her's is a great story of courage, fortitude, and perseverance."

"The piece is really about Agnes' struggles: her struggles to get her name known and to be able to do her work in what was a very male-dominated field in those days," says Diana Byer, the company's founder, president, and artistic director. "And I think it's important for audiences today to see her work. Right now ballet is dominated by a very athletic style, and it's important that there's not just one style out there. I'm really committed to keeping this other way of working alive, a way that's more about the meaning of a gesture, the feeling of the music, or a story. Even in a major arts city like New York, you need small companies like ours doing a different style of work. That's what adds texture to the overall scene."

Calling attention to past artists whose ideas could well help creators today is one of NYTB’s missions.

Dancers report after doing a de Mille role, they approached all other roles differently. Gestures, eye movements, all the elements of becoming human were critical.  The ‘fancy’ was removed. There were no flourishes.  De Mille coached her dancers to act. De Mille’s gestures are as complicated as Kabuki’s.

Dirk Lumbard knew de Mille well.  He remarks that she was full of wit and humor, a master of the non-verbal joke.  She had started in Hollywood and watched her uncle Cecil throw Gloria Swanson to the lions in silent film.  The silents depended on gesture.  No words could explain a feeling.

De Mille was a first-rate writer. To read her books is to know her, said Ferrell. She wrote a scenario before she choreographed. Her work was psychologically dense.  She admired Balanchine, but found his work “bloodless.” Jerome Robbins learned to stop a show watching her. In one role, he only walked across the stage  -- but he had fun, and everyone’s eyes were on him.

Sunday February 14, NYTB will continue their Between the Acts series with a conversation between Steven Melendez and choreographer Richard Alston.

The NYTB  company, it has been said, is small but mighty.  They are mighty entertaining streaming in Between the Acts.