On Broadway Through March 15 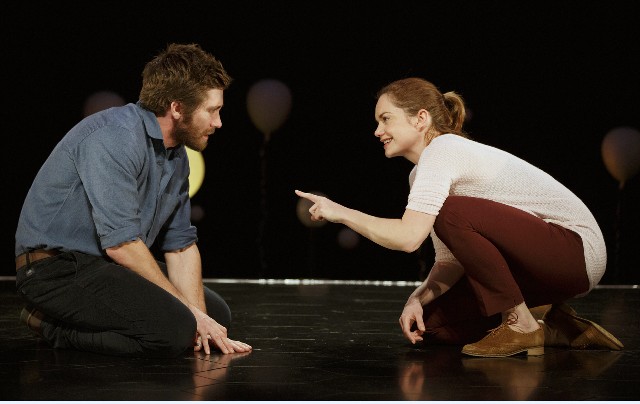 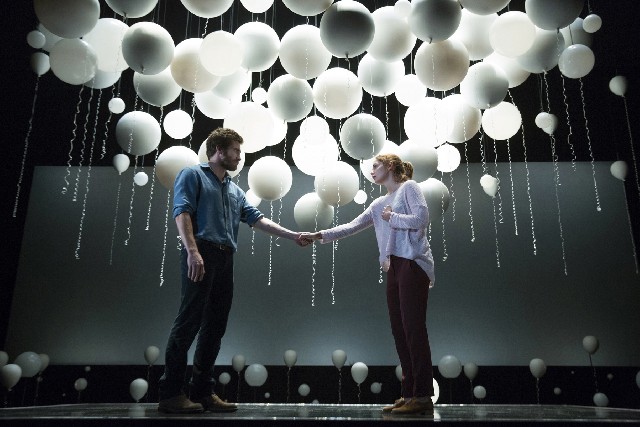 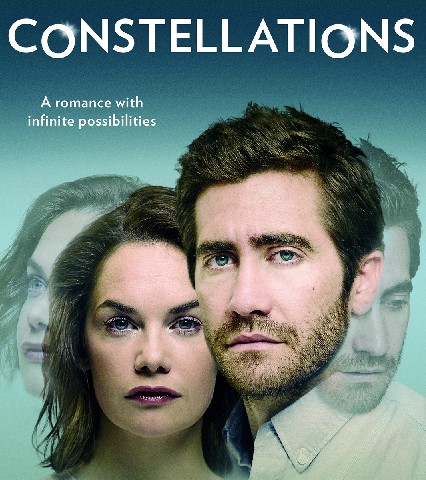 It is sometimes the case that a less than wonderful play, in this case Constellations, more an acting exercise than a play, the type traditionally found acting classes, gets the most wonderful reviews and becomes a Bonafide Broadway Hit.

Though there is no accounting for taste - as they say, that’s what makes horse races - one can conjecture as to why so many of the critics, major and minor, from the New York Times, to the Hollywood Reporter to Time Out, have filed rave reviews.

Let me just say this, it is coming from England where it was a hit and that always perks up the ears of critics and audience alike.

It also stars two hot properties, Jake Gyllenhaal, the brother of delicious Maggie – this seems to be their biggest year yet - and London’s Ruth Wilson, all three nominees, and winners, for various acting awards in several categories. Think Golden Globes, Sag Awards, and Oscars, and that is just the tip of the iceberg.

The play also falls into the realm of being an experimental work which is usually given, and rightly so, a certain amount of respect.

Yes, we do need to encourage playwrights to leave the well-trodden path and risk failing. As I like to say, and still believe it so, “It is an honor to fail, let the next one get it right.”

Last but not least, Quantum Physics, the String Theory, higher mathematics, and the possibility of multiple universes, which this play bandies about in spades, is currently all the rage, especially for those who know little or next to nothing about these fields. They want to feel smart and this play is the place to do it at.

A good example of this phenomenon, albeit, perhaps a bit too thinly analogous, is The Theory of Everything and The Imitation Game – both starring two Brits, playing Stephen Hawking and Alan Turing, two British geniuses. Both films are aimed at the lowest common denominator, The General Public.

The plot of Constellations, if you can call it that, rests on the possibility put forth by some physicists of there being a multiple set of parallel universes in which any number of versions of our lives and deaths are being played out simultaneously.

Following this idea, the two characters in Nick Payne’s play enact, with repetitive overkill, some sixty short scenarios, each one majorly different in both approach and outcome than the other.

At the introduction of each new storyline, all rapidly punctuated by lights flashing off and on with strobe-like effect, the actors are revealed in a totally new pose. And thus begins, bringing to mind Robert Frost’s The Road Not Taken, another version of the same scene that you just saw.

In the opening scene, the most ridiculous or cutest depending on your take on this 70 minute exercise opens with Marianne (Ruth Wilson), a quantum physicist at Cambridge, in a flirtatious effort to chat up Roland (Jake Gyllenhaal) a bee keeper at a barbecue, asking him if he knows why it’s impossible to lick the tips of your elbows.

With no response from Roland she goes on to say, “They hold the secret to immortality, so if you could lick them, there’s a chance you’d be able to live forever. But if everyone did it, if everyone could actually lick the tips of their elbows, then there’d be chaos, because you can’t just go on living and living and living.

Rebuffing her advances he answers, “I’m in a relationship.

Lights go out and then on and Marianne, in a quickly changed pose, repeats the same words. This time Roland’s response is: I’ve just come out of a really serious relationship.

Finally, repeating these very same words for the third time, she manages to elicit an “Oh right” from Roland.

At this point, being more receptive to Marianne’s overtures, she attempts to show him, but fails to do so, just how difficult it is to lick her elbow. Many similar quick-change scenes are to follow for the next hour.

Roland’s proposal of marriage to Marianne, using the lives of the bee as a lead in, is the most sensitive and moving scene in the play. It is also the play’s longest passage.

“There are three different kinds of bees. The drones, the workers and a single, solitary queen. The workers are all women. Their job is to forage for honey, pollen, etcetera. Their lifespan is potentially anywhere between five weeks and six months. And then they die. Drones exist solely to have sex with the queen. Each hive tends to have around a hundred drones. Once they’ve deposited their sperm, their penis gets ripped off and they die. Honeybees have an unfailing clarity of purpose. Their lives are often intensely short. But in a strange sort of way, I’m jealous of the humble honey bee and their quiet elegance. If only our existences were that simple. If only we could understand why it is that we’re here and what it is that we’re meant to spend our lives doing. I am uncertain when it comes to a great many things. But there is now one thing I am defiantly certain of.”

Extremely charming the first time, as we watch Roland nervously reading a story about the lives of bees from a paper he takes out of his pocket, it loses all of its charm the second around. By the third reading it is near-dead on arrival.

Along the way come other hasty scene changes. Is Roland going to move in with Marianne? Is he not going to move in? Once he moves in is he going to stay or is he going to move out? Does she or doesn’t she have an inoperable brain tumor. Yes. No. What? Will she or won’t she have to leave her job? She will. She won’t. What? Is he cheating on her, her on him, neither on either? Lurking somewhere about is a scene or two or three about her dying mother.

And did I mention Marianne’s short lessons to Roland on Quantum mechanics, atoms, molecules, quarks, relativity, and gravity, all of which according to Roland turns him on. “It real sexy,” he says. When she tells him “We’re just particles governed by a series of very particular laws being knocked the fuck around the place,” all he has to say is “You make it sound so glamorous.”

The problem with the play, discounting the fact that the characters are paper thin and of little interest is that nothing is explored in any great depth. What could be touching moments go by like a tennis ball from one court to the next, The velocity is such that there is no time to form, much less hold on to your thoughts or feelings, especially when you know the next scene will wash away everything that you just saw.

While the acting is intact and the timing adequate, as is Michael Longhurst’s direction, that is to say both are rudimentary, it is Tom Scutt’s otherworldly gently wavering balloon-filled set – I am guessing that the balloons are supposed to represent molecules or atoms – that commands the most attention. But once the play starts they are rendered superfluous.