Belfast Based Crime Drama on Netflix 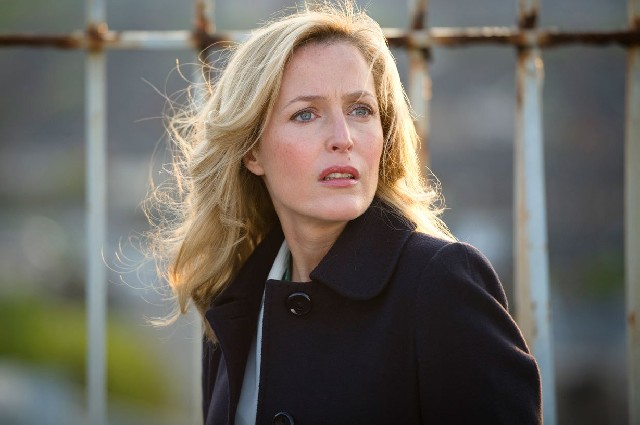 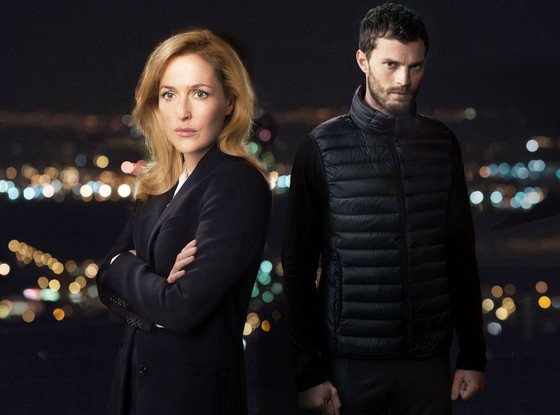 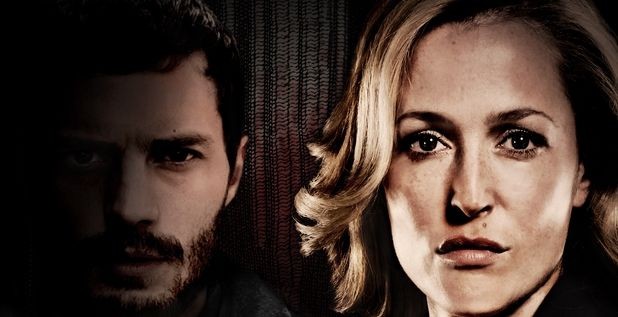 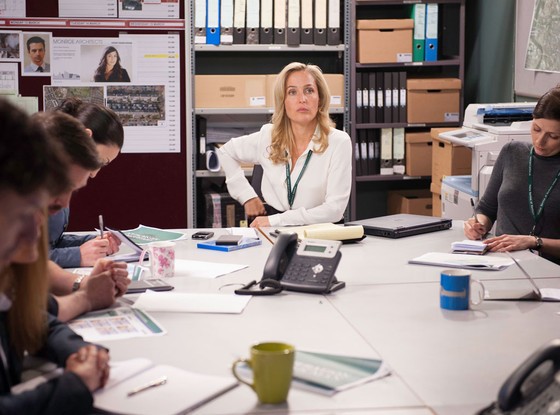 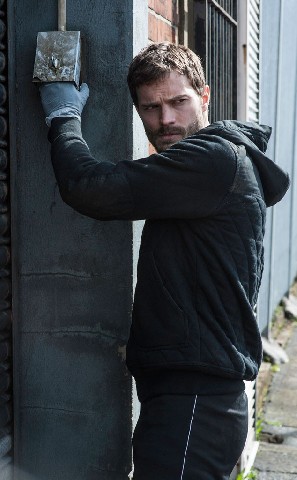 Having binge-watched season two of The Fall on Netflix I can start to get my life back.

Actually, hunkered down and snow bound in the dead of winter, gobbling up the icy beauty of cold and calculating Gillian Anderson, as detective Superintendent Stella Gibson, has been creepy fun.

She has moved the goal posts for female coppers from the magnificent Helen Mirren in the 1991, PBS series Prime Suspect to uncharted new territory. Mirren's hard drinking, Detective Superintendent Jane Tennison, "Guv" to the "Lads" knocking down pints at the pub, was a tough as nails female functioning in a male dominated profession.

Fast forward to Stella Gibson who makes no effort to play down feminine glamour and exhibits no inclination to drink with the boys. Her release from the rough edges of fighting crime is derived from bedding the occasional handsome and generally younger, less competent colleague. She pursues the male stereotype as a sexual predator harassing those under her command. Why is it more acceptable when a woman leverages the upper hand?

It seems that some time back, in season one, she shagged her boss A.C.C. Jim Burns a nice guy played by John Lynch. A potentially career ending error, if caught, knocks him off the wagon. Drunk he shows up at Stella's hotel suite, she is a loaner to the Belfast P.D., and comes just short of assaulting her.  Burns is halted by a swift and sobering punch to his nose.

It prompts a dialogue about why women are morally superior to men. Seen in that light Burns is only a few steps removed from the serial killer they pursue. It seems that men are concerned that women will embarrass and humiliate them while women fear that men will kill them.

Anderson's restrained. sangfroid performance is all about control and calculated analysis in tracking down the serial killer, Paul Spector, played with similar understatement by Jamie Dornan. They share characteristics and fatal flaws at opposite end of the criminal spectrum. Spector gets into her head particularly when breaking into Stella's hotel room and copying her diary.

Like other serial killers he is convinced that he can outsmart the police. They are known to suck up to investigators and even appear to assist in hunting the killers. Spector gets off by communicating with and tormenting Stella. Having stolen her diary he has the potential to exploit that information.

Credit the complexity of this series to the superb writing of Allan Cubitt and well paced directing by Jakob Verbruggen. The lead characters are well matched in a suspenseful investigation. There is a mutually respectful sexual tension and emotional chemistry. She beds guys that look like him.  Unlike her boss Burns she despises Spector but does not dismiss him as a "monster." Rather she is intent on understanding the steps that led him to be a serial killer. She needs to comprehend Spector in order to capture and prosecute him.

The two part series is focused on the duel of wits between Gibson and Spector. There are, however, compelling supporting characters and subplots.

What makes the killer so difficult to track is that he fits into society as a family man and devoted father. As a grief councilor he is skilled in the nuances of psychology including the profile of a serial killer. He seems to have a firm grasp of who and what he is with all of the eerie disclaimers. We learn that at a young age his mother took her life and that he bounced around in foster care. This included a period of evading an abusive priest and convicted pedophile.

We are surprised that while sexually motivated Paul claims not to hate women and doesn't rape his victims. He just kills them. Slowly.

A wildcard in this mix is the Spector family baby sitter Katie Benedetto played precociously by Aisling Franciosi. Their affair, a lot of flirtation but no sex, began when she was 14. In the second season she is 16 and utterly infatuated with the handsome and scary older man. Connecting the dots she rightly concludes that he is indeed the killer. But the thrill of sharing that secret, and inventing alibis for him, makes her love him all the more. It's the familiar story of good girls falling for exciting bad boys.

There is an almost rape scene when he ties Katie down to the bed and initiates strangulation. It turns her on. For Spector it's a means of recruiting and training her as a useful accomplice. She is willing to throw her life away for this killer who only she understands and cares for. He is an exciting older man who talks to her, treats her as an adult, and knows so much about art and music.

He is indeed brilliant and complex making him all the more difficult to apprehend.

Curiously he has standards. He is attracted to and murders sexy brunettes. Other than fooling around with the baby sister, a fairly standard male fantasy, he has an ordinary marriage with a plain and not very bright wife. While indifferent to Sally Ann Spector (Bronagh Waugh) he adores their daughter Olivia (Sarah Beattie). She just wants to know when Daddy is coming home.

While The Fall is an absorbing series, and we hope for a third season, it's hard to have genuine feelings for Anderson's character Stella Gibson. All of that hauteur and self absorbed arrogance emotionally separates her from us. She has the same detached, clinical response to every twist and turn of the plot. Rarely do we catch the slightest glimpse of humanity, compassion or vulnerability.

There is an atypical moment when tears are evident as she watches a video from Spector's cell phone of Rose Stagg (Valene Kane) an abducted woman that Stella hopes to rescue. To prolong her suffering he has kept Rose barely alive.

Like the killer she pursues Gibson conveys the aura that she is better than the rest of us. She is beautiful enough to raise the blood pressure of most men. But there is no way of seducing her. She consents to sex for her own pleasure while offering nothing in return. That's not surprising in men but disturbing when roles are reversed. She is clearly brilliant but we wonder why such a beautiful and gifted woman pursues the brutal profession of tracking down killers.

With Helen Mirren it was credible but less so with Gillian Anderson. She grates on me like that rich bitch Lady Mary in Downton Abbey. And yet, good grief, these ball busters intrigue us.