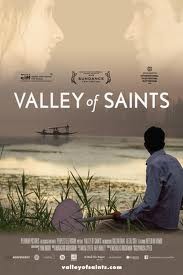 The first film set in the endangered lake communities of Kashmir, Valley of Saints blends fiction and documentary to bring audiences inside this unique world. 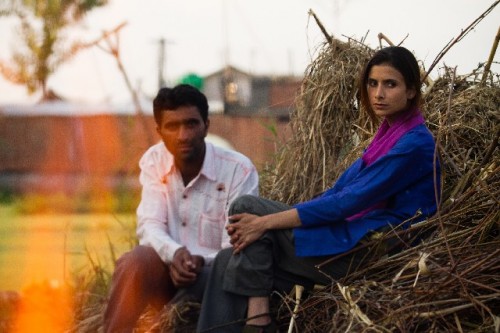 The 2012 Indian film in Kashmiri language is directed by Musa Syeed.

Images Cinema is hosting an event organized by the Muslim Student Association of Williams College, a film screening of “Valley of Saints” with director Musa Syeed on Friday, 2/8 at 5pm. The film will be introduced by Syeed, and the film will be followed by a Q&A with the director. “Valley of Saints” won an Audience Award and an Alfred P. Sloane Feature Film Award at Sundance and is up for an Independent Spirit Award for Cinematography. It's also the first film shot in the endangered lake communities of Kashmir. Admission is free. Images Cinema is located at 50 Spring Street, Williamstown, MA.

War and poverty force Gulzar, a young tourist boatman, to run away from Kashmir with his best friend. But a military crackdown derails their escape, and they become trapped in Gulzar's lake village. Waiting for conditions to change, they discover a mysterious woman, braving the curfew to research the dying lake. As Gulzar falls for her, rivalry and jealousy threaten his boyhood friendship and their plans of escape. Gulzar must choose between a new life and a new love. The first film set in the endangered lake communities of Kashmir, Valley of Saints blends fiction and documentary to bring audiences inside this unique world.

The Muslim Students' Association at Williams College was founded with the purpose of bringing together Muslim students as well as allies and peers interested in the Islamic faith. One of the main goals of the MSA is educating others about Islam and Muslims in an age where such issues are important. The Muslim Student Association promotes peace and understanding among its members, and of course in the greater community of Williams College.

The only one of its kind in Berkshire County, Images Cinema is a year-round non-profit, member-supported community film house that presents a wide range of films that impact filmmaking and our culture. Images continuously seeks to entertain, educate and engage the community with quality programming, while maintaining its dedication to independent film and media. Images Cinema serves organic popcorn, real butter, locally-made baked goods, and naturally sweetened sodas, as well as traditional concessions fare. Images Cinema is supported in part by the Massachusetts Cultural Council, a state agency. Check for up-to-date happenings at www.imagescinema.org