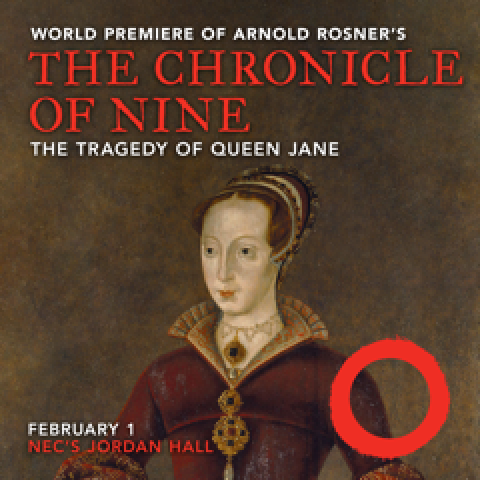 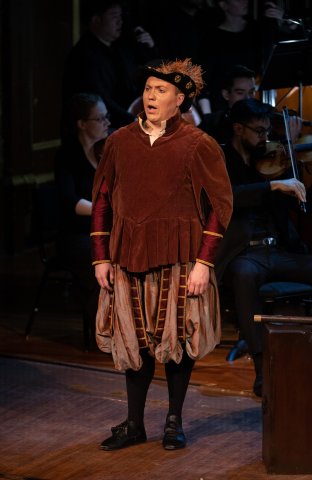 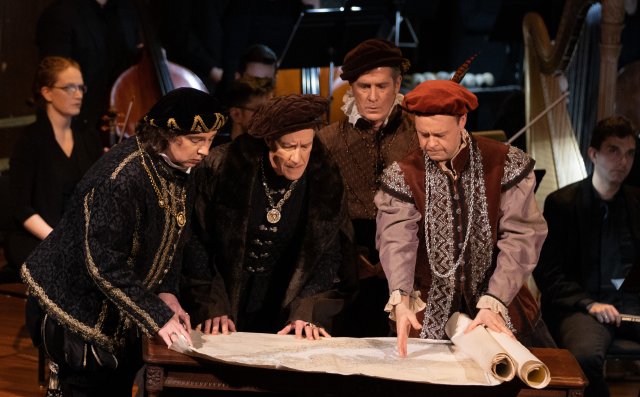 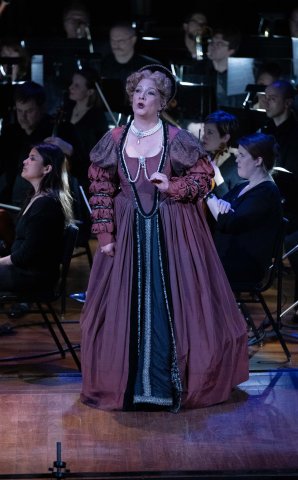 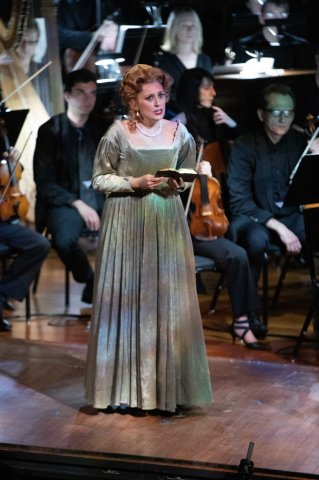 Megan Pachecano combines a winsome confusion and fear in her soprano arias. 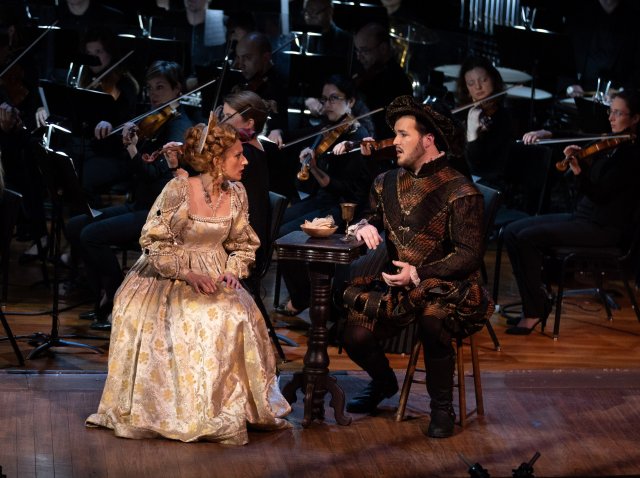 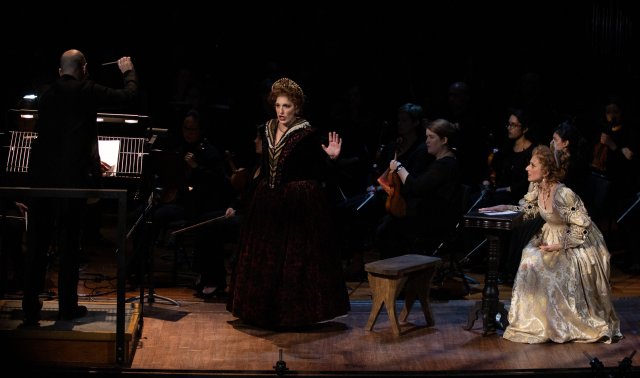 Powerful scene between Mary and Jane, sung by Stephanie Kacoyanis and Megan Pachecano. 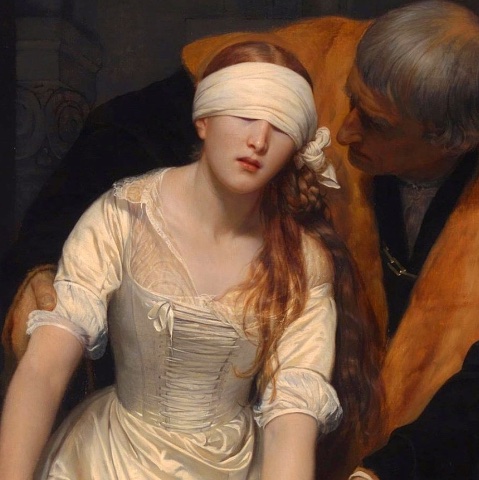 Jordan Hall in Boston was the setting for a concert version of Arnold Rosner’s The Chronicle of Nine.  His only opera for full orchestra is having its world premiere. Gil Rose, recent Grammy winner for best recorded opera, finds treasures in the archives and brings them to our attention.  We are fortunate indeed.

The story of Lady Jane Grey gives Rosner the opportunity to display one of his great strengths, emotional range.  A. teenaged girl is smart enough to know that becoming Queen is not in her interest. Angelic harp notes, the marimba and upper register wind instruments signal Megan Pachecano's presence. She has a sweet soprano, which is often querulous.  Her advisors, and other older palace regulars are tough with horns and drums beating away.  They are rough and ranging. James Demler and David Salsbery Fry stand out as Arundel and Pembroke. The fusion of different instruments and sounds is inviting.  Rosner’s music draws us in.

Each of the three acts begins with a minstrel advancing the story.  First there is a welcome to lords and ladies. Then we learn of the death of Edward and his fatal wish that Lady Jane Grey become Queen.  Finally, we hear that Northumberland is not doing well on the battlefield, and that Queen Jane’s savvy father-in-law is dead.

Dance abounds.  The dramatic scenes show a complex situation and a young woman who is at once bewildered by what is happening to her and fearful that she is crossing Mary, Henry VIII’s daughter, by taking on the crown.

The scene that succeeded was the visit of Mary, now Queen.  The execution warrant for Jane is sitting on her desk. She does not want to sign it. Yet Jane will not admit her guilt in taking Mary’s place.  Mary is played with a cool, lush authority by Stephanie Kacoyanis.  She is surprisingly sympathetic, with a contralto both firmly in control and full of emotion. This is evidenced in her musical line.

While most of the spoken language of the opera is recitative accompanied by a musical line of identical rhythm, here that line is inflected. Rosner is a specialist in the rhythmic phrase, underlining both sensual beauty and violent rage.

A chorus erupted from the back of the stage from time to time, adding color and depth to the music.  Men were joined by women and children toward the end as Jane is lifted to heaven.

Gorier aspects of Jane's ends, such as the decapitated body of her husband paraded before her and other beheadings were not included.  Yet composer Rosner gives us much violence in tuba, drums and clashes.  Gil Rose has a knack for discovering work that deserves performance.