Rafael Mahdavi Trying to Get Home

An Odyssey of Variations on Four Masterpieces 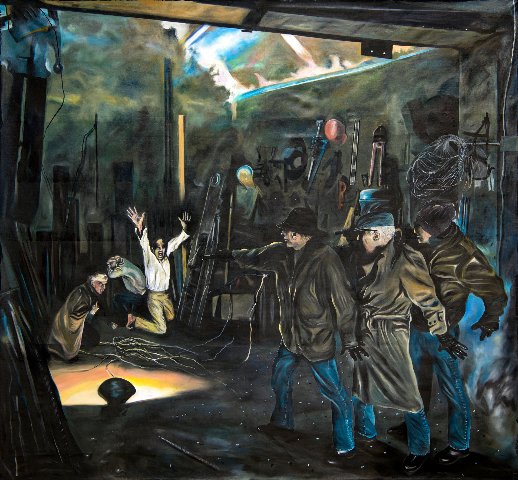 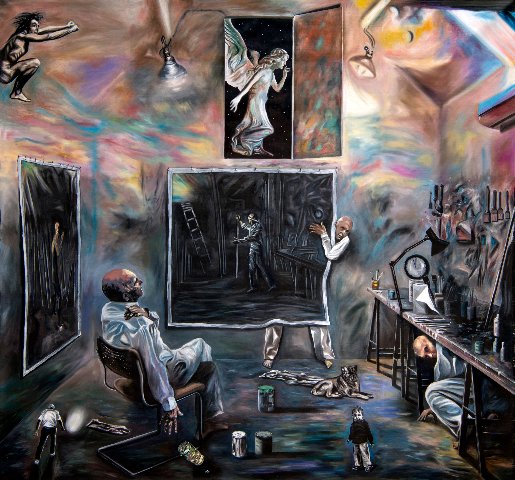 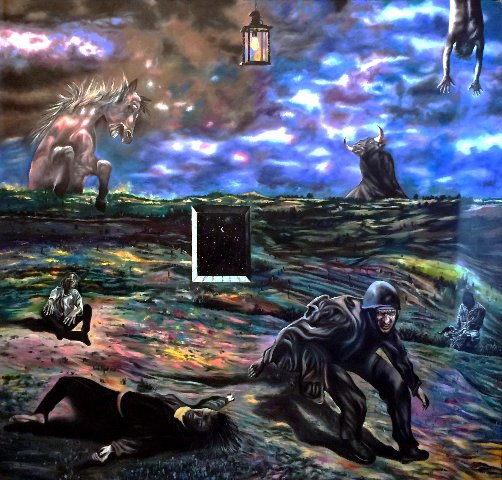 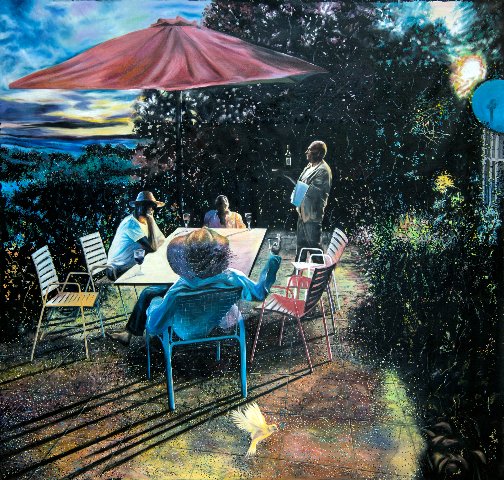 Recently I posted a poem Late Night Diners in memory of some of Boston’s famed after hours eateries.

I knew them as a rock critic, hipster, student, and cab driver roaming the city as it slumbered. There was poetry to empty streets and its stragglers of drunks, party goers, derelicts and working girls.

It was a time of day of shadows and secrets.

To illustrate the poem I selected Edward Hopper’s haunting, austere, evocative Nighthawks. It is a film noir image of a sparsely populated, interior of an all night eatery. There is the foreboding of a Damon Runyon gangster plot. A couple sits at the counter while the server in a diner uniform and cap, leans over to tend to unseen dishes or food.

Not surprisingly, early on, Hopper was an illustrator. That sensibility informs his paintings which are among the most memorable and iconic American works of his generation. They coolly existed with understated neutrality between the agit-prop of social realism, and the frenzy of much abstract expressionism.

Most importantly, they froze in time an essence of the American experience. That’s what led Rafael Mahdavi to select it for a series of four variations of masterpieces, Trying to Get Home, created in 2017 and 2018.

A friend of many years Rafael sent a comment on the poem and attached an image of Inspecting Eternity which is a free interpretation of the Hopper painting.

In the preface to a catalogue for the cycle he states “In many ways these four paintings are about my life long quest, as a painter, to get home to America and Spain.

“I have only spent eight of my seventy-three years in America but because of my mother who was from Kansas, I feel American. My father was Iranian but I have never been to Iran nor do I speak Persian. I feel Spanish too because I spent my formative years in Mallorca. I have also lived in England, Austria, Italy, Greece and France but those countries did not affect me the way that Spain and America did.

“Yet all in all for what it’s worth, I feel like an exile everywhere most of the time.”

While Nighthawks/ Inspecting Eternity is based on an American painting the other three are variations on Spanish masters: Las Meninas/ Shelf Life, by Velasquez; Picasso’s Guernica/ American Guernica; Goya’s The Third of May, 1814/ One Day in May, 2018.

As a critic, there is a particular insight and pleasure in following the work of an artist/ friend over several decades. There is the dynamic interaction of mutual aging, life experience, and the matrix of ever evolving creative projects. For us, that entails the activity of writing books that explore the developing stages of life. It is always exhilarating to touch bases and catch up with the latest iterations of that journey.

The fascination of Rafael is his command of languages and the terroir of constant travel. When we first met there were commutes from the family in Wellesley, to the studio in the Marais of Paris, the farm and sculpture space in Burgundy, or more recently, summers in Greece. In all of these points of the compass he has the chameleon’s ability to reside as a citizen rather than visitor or tourist. He is very much a world inhabitant but with the complex identity that he describes as an “exile.”

Is it an exotic malaise or the multi-valent persona of a war correspondent? That latter inference reflects that a life in art, if pursued with appropriate passion, is an act of combat. I take vicarious pleasure as witness to comprehend how his identity crisis manifests itself. As, for example, in this masterful series of galvanic variations of four iconic paintings. For this project, the intentionality is to probe them as signifiers of nationalism.

In what essence do they signify Spain or America?

Not surprisingly, the works capture fraught moments of historicism. Las Meninas depicts the artist painting the royal family. The painting is noted for complex space and the artist’s decoding of them as signifiers of autocracy. Deflecting that is the adorable, doll-like Infanta accompanied by the discord of dwarf, dog, retainer and prelate. The king and queen are reflected entering the studio in a mirror on the far wall. Next to which is an open door leading to another space.

Both Third of May and Guernica convey Spain at war, with Napoleon and the bombing of German planes under Franco.

The paintings vary in their literalness. The artist is interpreting, deconstructing the sources, rather than depicting and reproducing them. A commonality is that he appears as a character, or player in these variations as though they are the product of dreams or oppressive nights.

This development of figuration and narrative is a marathon away from the subjective abstraction of the earlier work which, decades ago, I curated for Suffolk University and The French Library.

Based in Europe he has been able to look long and hard at works in the great museums. He has described to me how a visit to the Louvre or Prado might entail an extended observation and study of a single work. “They are my buddies” he told me.

That sensibility is palpable in this galvanic suite of mature works.

In Shelf Life, like Velasquez, he depicts himself seated in the studio. But he, rather than a princess, is the central focus. A glass has fallen from his hand seemingly startled by the apparition of an angel, likely of death. The painting is fleshed out with signifiers from Velazquez as well as his doppelganger under a studio table.

Guernica is a painting that he knew initially in New York on loan from the artist and then his estate. When Franco died it was gifted to the liberated people of Spain and now hangs in Museo Nacional Centro de Arte Reina Sofía. I took a group of students to see it in Madrid. While discussing it I got too close. An alarm went off and what appeared to be visitors or tourists proved to be armed guards. It made the symbolic potency of the work all the more palpable.

You would have to know the work well to identify the source of Mahdavi’s interpretation. There is none of Picasso’s grisaille, agonized, horrific cubism. The composition of the foreboding landscape could not be more different. The dominant figure is a crouching soldier with the artist’s features. To his left is a corpse. Picasso’s signifying horse and bull hover on the horizon. From above is a lantern, referencing Guernica’s and a falling figure.

Goya’s The Third of May, 1814, depicts the mass executions of Madrid’s citizens who had fought against Napoleon’s invaders the day before. There is a large lantern illuminating the slaughter testifying that the executions had been carried out from dawn to night. There is a pile of corpses to the left, those about to be shot in the center, and to the right a long line of impending victims. The executioners are massed and seen obliquely from the rear. The artist had made them anonymous.

Mahdavi’s variation is the most literal of the four paintings. We identify the anguished gesture of the soon to be executed man. The three executioners are angled toward the viewer. They and the victim have the artist’s face. They are dressed in long leather coats like WWII fascists. The painting is grim and powerful. It evokes the ennui, despair and darkness of plays by Brecht and Beckett.

He has taken the greatest liberties with his interpretation of Hopper. The film noir scenario has been relocated from an austere, 1940s generic, urban diner to a bucolic, plein air setting. While wonderfully fresh and inventive, arguably, it seems more French impressionist than American. It’s Americana via Paris delightful evoking Renoir’s Luncheon of the Boating Party, from the Phillips Collection, rather than Sam Spade and a moll hunkered down over a cuppah joe.

Here the worker crouching behind the counter has morphed into Mahdavi himself as a waiter, towel over an arm, serving libations to clients seated on yard furniture under a colorful umbrella.

Oddly, it’s the work I most enjoy in this suite of four paintings. My diffidence in this instance is exacerbated by dissociation. Yet again, the critic is derailed by the truism that in matters of aesthetics and creation there are no rules. Mahdavi’s works provoke us but are under no obligation to provide answers. They are what they are and not what we might want them to be.