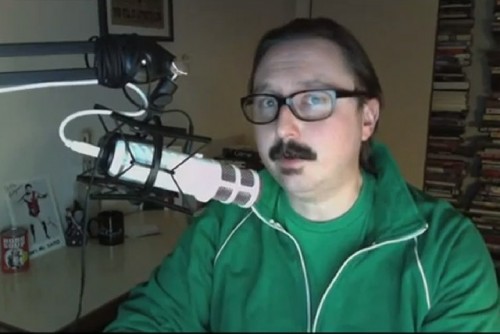 The comedian John Hodgman returns to the Solid Sound Festival.

Tickets are on sale now at solidsoundfestival.com

“I, John Hodgman, born of the Commonwealth of Massachusetts, am once again thrilled and honored to return to curate the comedy stage at Solid Sound,” he said.
“Solid Sound is not only one of our area's most important cultural exchange programs between Chicago and New England, but also it is simply the most vibrant, surprising, moving, and fun festival I have attended and I can only hope to do for the comedy stage what Wilco has done for the festival as a whole: create exciting collisions among the most talented people in one of the most beautiful former factories on earth, while also rocking it down to the bones of the ground.
“To that end,” he continued, “I have invited four incredible personalities to join me at MASS MoCA’s Hunter Center on Saturday afternoon: my Daily Show colleague and senior Latino Correspondent, Al Madrigal; vocal impresario, TED speaker, and cosmic genius Reggie Watts; the incredibly smart and funny author, comedian, and Massachusetts native Jen Kirkman of Chelsea Lately; and Barack Obama, recently re-inaugurated president of the United States. And I am glad to report that three of these people have already said YES.”
In other festival-related news, organizers are excited to launch two special culinary experiences to benefit MASS MoCA’s charitable education programs. Both events take place on Saturday, and each will feature the food and spirits of the Berkshires, prepared by food artisans and sourced from farms and purveyors in the region. Tickets to either (or both) events are available now from MASS MoCA. These dining events are open only to festival attendees and admission to these events requires a pre-purchased festival ticket.
The first event of Berkshire-grown spirits and hors d’oeuvres takes place in an unrenovated 19th-century mill space at MASS MoCA from 5:00 pm to 7:00 pm on Saturday, June 22.  This early evening tasting party (which overlooks the Courtyard D stage) will feature fresh seasonal ingredients from the farms and small craft makers of the region. Cost is $90 per person and includes tapas-style food and drink served casually.  Proceeds will benefit MASS MoCA’s Kidspace and educational programs. $50 of the cost is tax-deductible.
The second culinary event is a midnight post-concert sit-down supper on Saturday evening with members of Wilco and museum director Joe Thompson.  The supper will take place in MASS MoCA’s expansive Building 5 gallery under artist Xu Bing’s breathtaking installation The Phoenix Project. During dinner, the director will talk about this extraordinary work of art and politics, never seen before outside China.  Dinner is $275 per person (wine included) and benefits the MASS MoCA Free Library Pass Program, which makes possible free museum admission to the community through the North Adams Public Library system in Berkshire County. $200 of the cost is tax-deductible.
More details on both food events may be found at solidsoundfestival.com/festival-activities/foodevents.

Tickets to each of these benefit food events must be purchased separately, in advance, from MASS MoCA and are non-refundable. Call 413-664-4481 (x8157) or email rwehry@massmoca.org for reservations or more information. Space for these special events is limited.
Early bird 3-day passes for Solid Sound 2013 are $124 and available now at solidsoundfestival.com. The 3-day pass price will soon increase to $149. 3-day passes for children ages 7-10 are $50 and children 6 and under are free. A limited quantity of single-day tickets will also be made available soon.
In addition to ticketing, solidsoundfestival.com features useful information about area lodging and the expanded official festival campground, Solid Ground.  Tickets for direct Peter Pan bus transportation to and from the festival from New York City and Boston can also be purchased through the festival’s website.
Additional musical performers, entertainment and programming will be announced soon. Signing up at solidsoundfestival.com and liking the festival at Facebook.com/solidsoundfestival are the best ways to stay up to date on all things festival related.
Back to Music Section Home