Year of the Rat Celebration 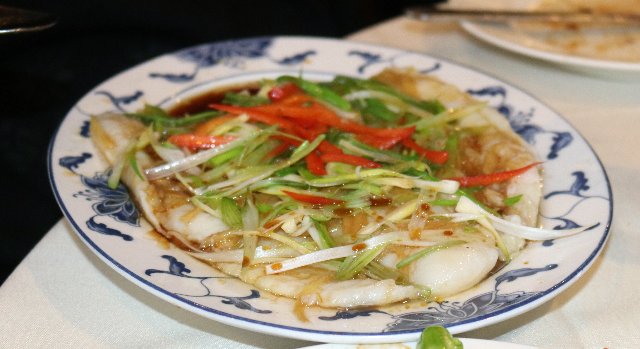 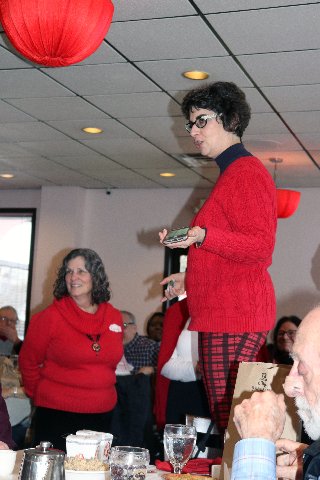 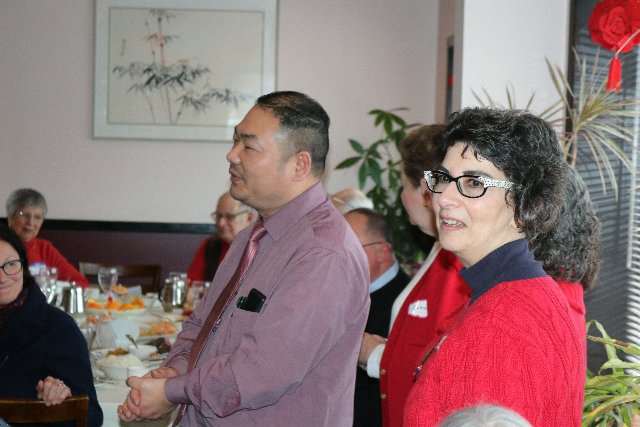 Welcome to Year of the Rat. 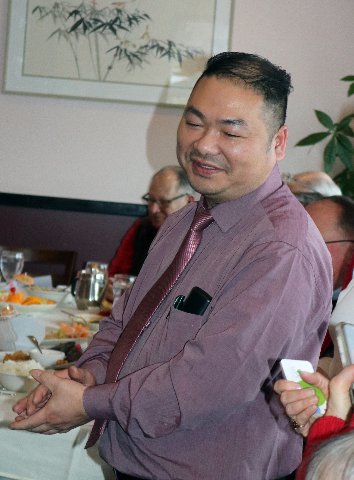 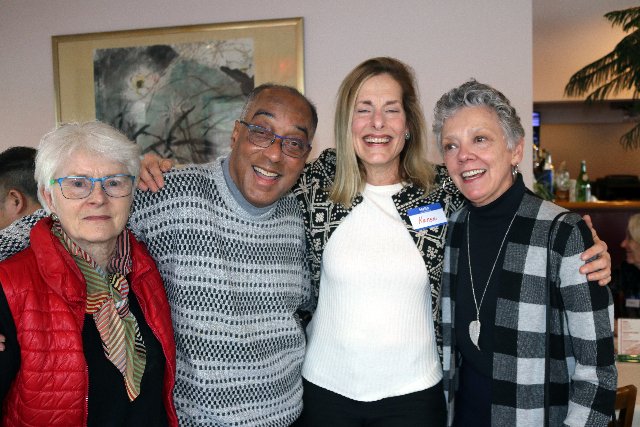 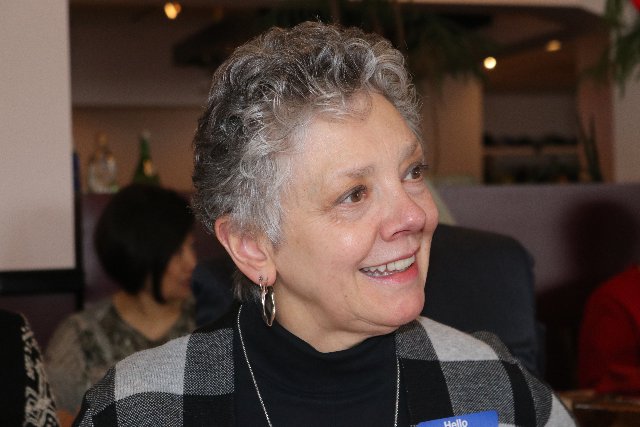 Lisa was celebrating her retirement. 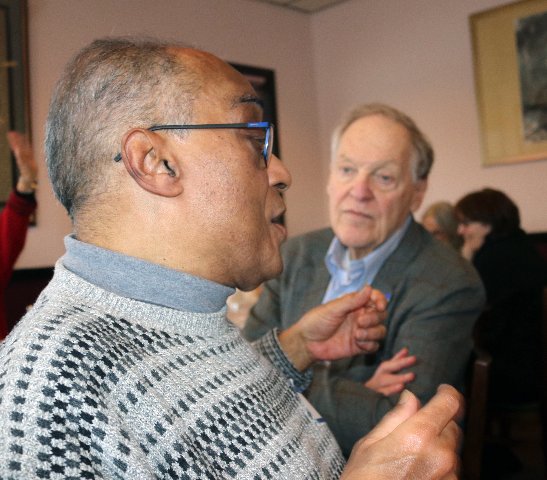 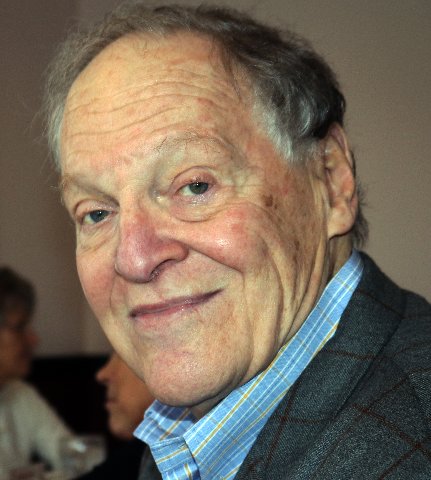 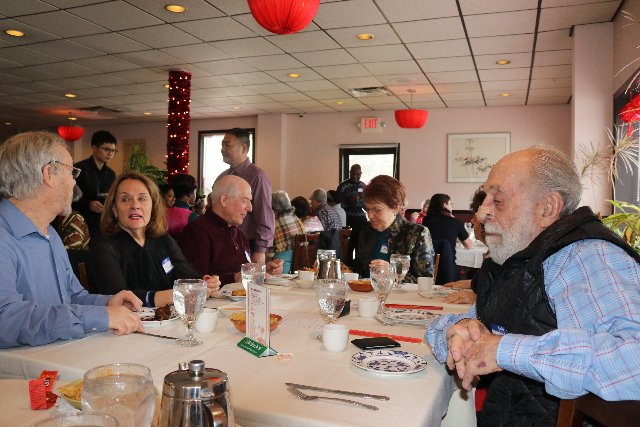 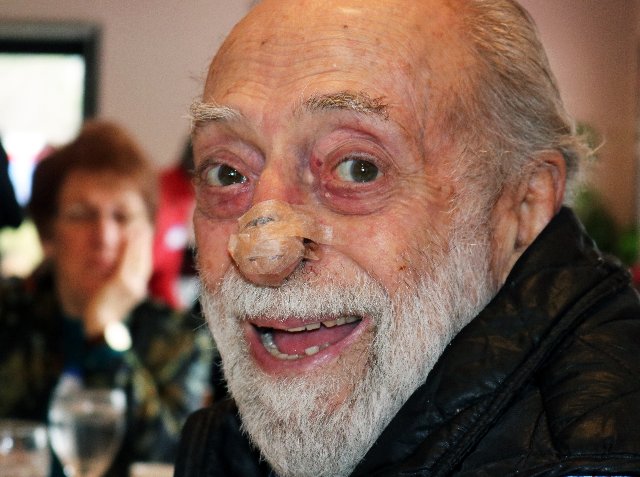 Enrico joked about passing the duck. 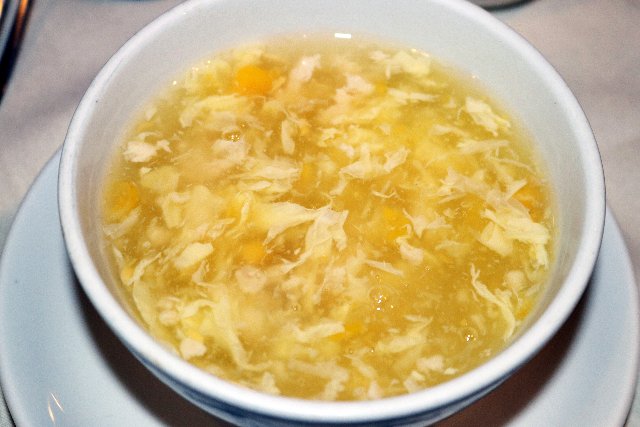 The meal started with soup. 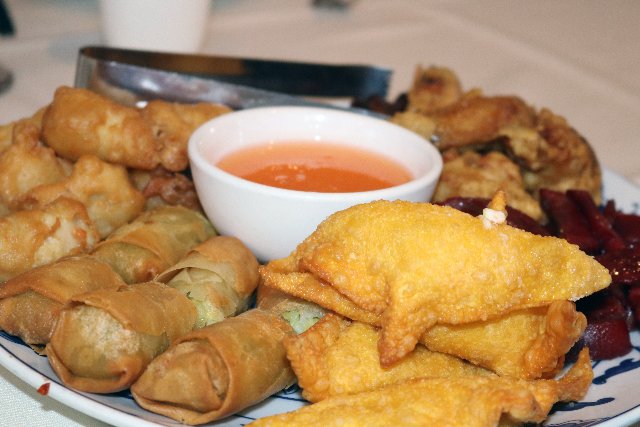 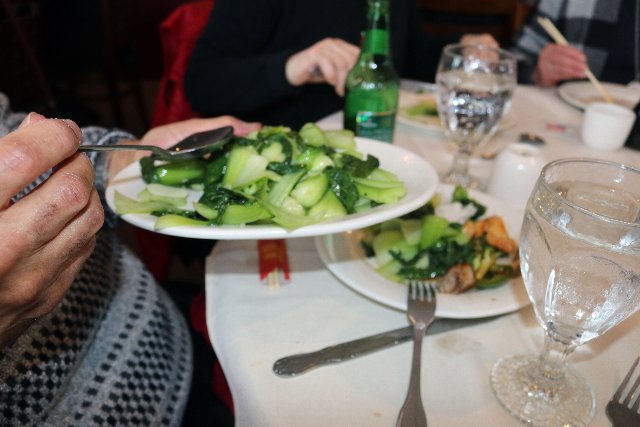 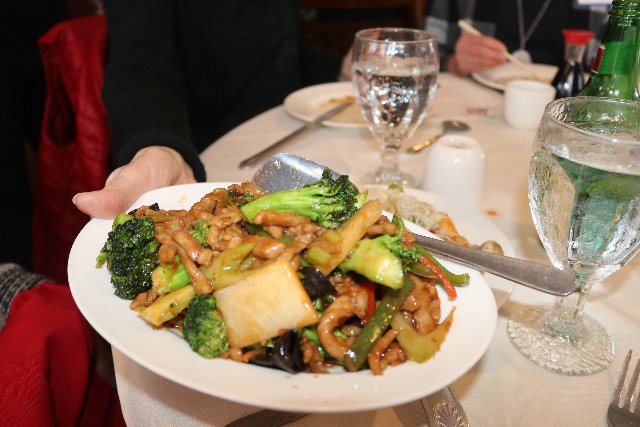 The chicken was indeed Amazing

Some sixty members and guests filled a banquet room at Panda House on the main drag between Pittsfield and Lenox. The popular restaurant is just up the road from the landmark Guido’s.

We were greeted by club president Ellen Croibier. To reach the four corners of the packed room she was perched precariously on a chair. Next to her was the owner of the restaurant who welcomed us with a thirteen course feast.

She has an engaging and casual style that generally entails banter with members of the club. That usually means exchanges with Enrico who is known to burst into song on just about any occasion. This time, however, appearing a bit banged up he was uncharacteristically subdued.

“This is Year of the Rat” our esteemed leader announced.

“You mean the Year of Trump” someone shot back in a raucous manner. That got a response of roaring laughter. Although a criminal presidency isn’t a humorous or light hearted matter.

Croibier, however, emphasized that the Berkshire branch of a global organization of women’s clubs is strictly social and has no religious or political affiliation. The members meet to celebrate diversity of culture and cuisine.

With that we settled into a sumptuous feast. That started with soup followed by Pu Pu platters. The trick is pacing as there were ever more dishes. A staff of waiters had a difficult time squeezing through a series of tables. You also had to be quick to respond as dishes were passed.

Our round table for four proved to be an annex to a longer one. The coveted platter of crispy duck was vacuumed clean and was running on vapors by the time it reached us. As waiters came with bok choy and steamed vegetables I harangued them.

“Hey what about our duck? We never got any,” I asked relentlessly.

“It’s coming” was the perfunctory response. It was clear however that they were on to the rest of the menu with an emphasis on vegetables. Which were quite nice. But, what the heck, where’s the duck?

Enrico generously passed the bok choy saying with a tease “Here’s your duck.”

Late in the game it did eventually arrive. By then no doubt a refire. The squeaky wheel got the duck it seems. It was quite nice and worth persistence and pursuit. There was just enough for the four of us at the annex table.

Other highlights that got favorable comments were the aptly named Amazing Chicken and Salt and Pepper Shrimp. I’m not sure we ever saw the Shredded Pork with Garlic.

Coming last the small platter of Steamed Fish Fillet was glorious. By then most of us were full and half the serving went to waste. Or ended up in someone’s doggy bag. Our foursome vowed to meet soon at Panda House for Steamed Fish, and Crispy Duck.

It was a nice occasion for a tasting of the diverse menu. There was, however, little authenticity compared to a traditional holiday feast.

In every sense this was a Berkshires Chinese New Year. We drove home full and satisfied. My friend Robert said he was planning on Indian takeout that night. Quite contented I had a piece of cheese. Which, come to think of it, is quite appropriate for Year of the Rat.