Tickets to the 2014 Tanglewood season, priced from $10 to $121, go on sale, Sunday, January 26, at www.tanglewood.org, through SymphonyCharge at 888-266-1200, and at the Symphony Hall Box Office (301 Massachusetts Avenue, Boston, MA).  The 2014 Tanglewood season, June 27-August 30, features more than 100 performances, including concerts by the Boston Symphony Orchestra, Boston Pops, and Tanglewood Music Center (the BSO’s prestigious summer music academy); chamber music, recital, and concert opera presentations in Ozawa Hall; and a series of Popular Artist concerts.  Founded in 1937 as the summer home of the Boston Symphony Orchestra, Tanglewood, locatedin the beautiful Berkshire Hills of western Massachusetts, is widely known as one of the world’s most beloved summer music festivals.  For further information, visit www.tanglewood.org.

In some of the most eagerly anticipated concerts of the 2014 Tanglewood season, Andris Nelsons will lead four programs in his first festival appearances as BSO Music Director Designate (7/11, 7/12, 7/19, and 7/20); among the repertoire Mr. Nelsons will conduct are excerpts from Strauss’s opera Der Rosenkavalier, Brahms’s Symphony No. 3, Beethoven’s Symphony No. 5, Ravel’s Bolero, and music of Rachmaninoff, Tchaikovsky, Christopher Rouse, and Rolf Martinsson. The 2014 Tanglewood season will shine a spotlight on a wide variety of American music, starting with the BSO’s all-American opening night program featuring opera star Renée Fleming in an evening of music ranging from opera arias to popular song (7/5).  Season highlights include a BSO concert performance of Leonard Bernstein’s Candide (8/16); Maher’s Symphony No. 2, “Resurrection,” with Christoph von Dohnányi conducting (7/26); a movie 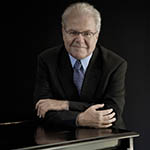 presentation of “The Wizard of Oz” with orchestra accompaniment by the Boston Pops led by Keith Lockhart (8/22); the ever-popular Film Night with John Williams (8/2); an all-Tchaikovsky program with cellist Yo-Yo Ma (8/10); a return appearance by the Grammy Award-winning band Train (8/29); and the greatly anticipated return of James Taylor for two concerts July 3 and 4. The BSO welcomes Emanuel Ax performing Beethoven’s extraordinary Piano Concerto No. 5, Emperor (8/15); Charles Dutoit leading the BSO, Tanglewood Festival Chorus, and cast of acclaimed soloists in Beethoven’s Ninth Symphony for the orchestra’s last concert of the season (8/24); Ellis and Delfeayo Marsalis in an evening inspired by the American ballad (8/17); The Kenny Barron Trio featuring the famed pianist (6/27); and Josh Groban joining the Boston Pops for the Tanglewood season finale (8/30). 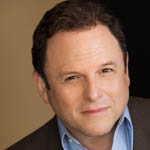 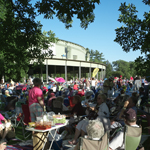 Other unique offerings at the 2014 festival include the first-ever Date Nights at Tanglewood (7/18, 7/25, 8/8), which includes a pre-concert dinner for two at Highwood and two tickets to a concert, and Microbrewery Beer Tasting at Tanglewood (8/15). Family Day at Tanglewood (7/27) includes a host of fun activities including arts and crafts, face painting, musical demonstrations, and a gift bag for every child.

Tanglewood is family-friendly, with free lawn tickets available for young people age 17 and under, and a 50% discount on Friday-evening lawn tickets for college and graduate students among the many options for discounted tickets. Tanglewood also offers a variety of special programs for children, including Kids’ Corner, Watch and Play, and the annual Family Concert, this year featuring the Boston Cello Quartet (8/23), as well as a wide spectrum of education options for adults, ranging from pre-concert talks to One Day University (8/24), the latter featuring professors from prestigious universities offering in-depth lectures on music and beyond. On Friday, June 27, families are invited to enjoy the beauty of the Tanglewood campus for the Tanglewood Family Fun Fest. This event is free and includes an educational scavenger hunt, live performances, and an Instrument Playground.

2014 FESTIVAL OF CONTEMPORARY MUSIC AND 20TH ANNIVERSARY OF OZAWA HALL
The 2014 Festival of Contemporary Music, July 17-21, under the direction of John Harbison and Michael Gandolfi, will present programs featuring works by American composers, with a special emphasis on music from a younger generation of Americans, many of whom have been Fellows at the Tanglewood Music Center, the BSO’s prestigious summer music academy. Along with several of this country’s most prominent composers—John Adams, Steve Mackey, George Perle, Bernard Rands, and Roger Sessions—the festival will also feature several rising stars in the world of composition: Anthony Cheung (TMC 2005), Hannah Lash (TMC 2005), Eric Nathan (TMC 2010),and Kate Soper (TMC 2006).  In addition to works by Mr. Harbison (TMC 1959) and Mr. Gandolfi (TMC 1986), the festival will also feature works by American composers Martin Boykan, David Dzubay, Keeril Makan, James Matheson, Andrew Waggoner, and Anna Weesner.  The 2014 Tanglewood season will also celebrate the 20th anniversary of Ozawa Hall, with in-depth programming and a wide array of musical performances, including the new chamber version of American composer Jack Beeson’sopera Lizzie Borden.

TICKET INFORMATION IN BRIEF AND SEASON DATES
Tanglewood’s 2014 season opens on Friday, June 27, and closes Saturday, August 30. Tickets, priced from $10 to $121, go on sale Sunday, January 26, and are available through Tanglewood’s website, www.tanglewood.org, through SymphonyCharge at 888-266-1200, and at the Symphony Hall Box Office at 301 Massachusetts Avenue, Boston MA. Information about the July 12 Gala Concert in honor of Andris Nelsons— including details about the pre- and post-concert festivities and gala-priced concert tickets—is available by contacting Kathleen Pendleton at 617-638-9391 or kpendleton@bso.org.

Two special discount ticket offers introduced last season will be available again in 2014:  $20 tickets for attendees under 40, one of the BSO’s most popular discount ticket offers, will be available for select BSO and chamber music performances in the Shed and Ozawa Hall; Tanglewood will also once again offer the BSO's popular college card ($25). In addition, Tanglewood continues to offer free lawn tickets to young people age 17 and under and a 50% discount on lawn tickets to college and graduate students, as well as a variety of special programs for children, including Kids’ Corner, Watch and Play, and the annual Family Concert, this year to take place August 23. For ticket information and details about the Tanglewood Wine and Food Classic please click here. Additional ticket information appears near the end of this press release.

BRIEF OVERVIEW OF TANGLEWOOD, THE BSO’S SUMMER HOME SINCE 1937 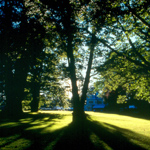 One of the most popular and acclaimed music festivals in the world, Tanglewood—the Boston Symphony Orchestra’s summer home since 1937—is located in the beautiful Berkshire Hills between Lenox and Stockbridge, MA. With an average annual attendance of more than 300,000 visitors each season, Tanglewood has a $60 million impact on the Berkshire economy each summer. Tanglewood presents orchestra concerts by the Boston Symphony, Boston Pops, and visiting ensembles, featuring many of the greatest classical musicians of our time; recital and chamber music concerts in the intimate setting of Ozawa Hall; programs highlighting the young musicians of the Tanglewood Music Center; and performances by some of today’s leading popular artists. Introduced last year—$20 tickets for attendees under 40—will be available for BSO and Boston Pops performances in the Shed.  Tanglewood is family-friendly, with free lawn tickets available for children and young people age 17 and under, a 50% discount on Friday-evening lawn tickets for college and graduate students, and a variety of special programs for children, including Kids’ Corner, Watch and Play, and the annual Family Concert, this year to take place on August 23. Tanglewood is also the home of the Tanglewood Music Center, the BSO’s preeminent summer music academy for the advanced training of young professional musicians, and Days in the Arts, a multi-cultural arts-immersion program that gives 400 fifth-, sixth-, and seventh-graders from communities across Massachusetts the opportunity to explore the arts throughout each week-long session of the summer. These are just two of the BSO’s many educational and outreach activities, for which more information is available at www.bso.org—the largest and most visited orchestral website in the country, receiving about 7 million visitors annually and generating over $80 million in revenue since its launch in 1996. The Boston Symphony Orchestra is online at www.bso.org.