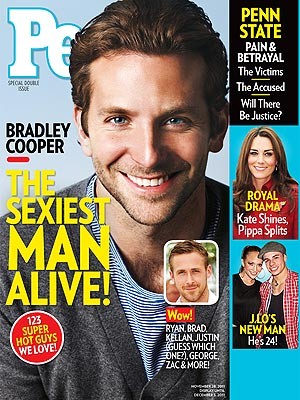 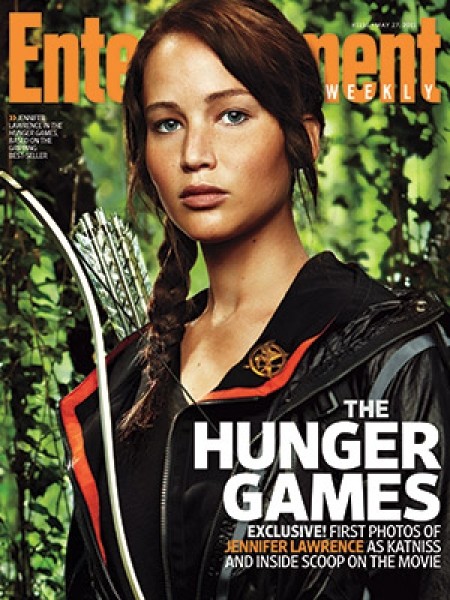 And the most stunning and gifted actress of her generation. 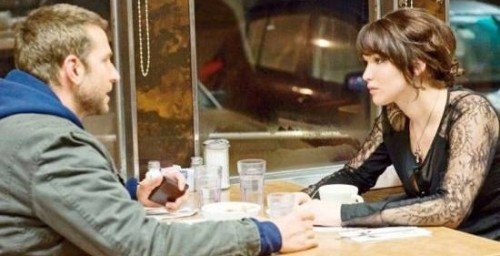 Put them together for a date gone bad. 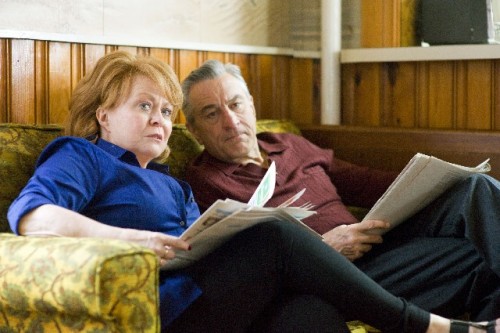 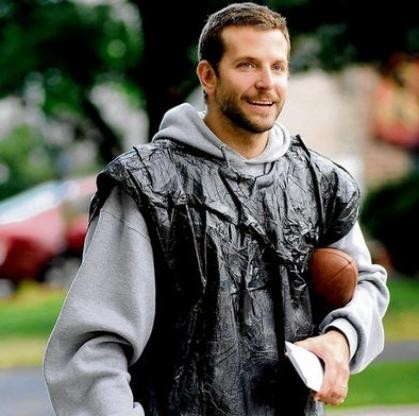 Have him jog about the neighborhood. 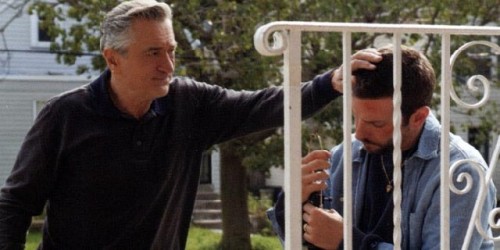 Get some advice from his dad. 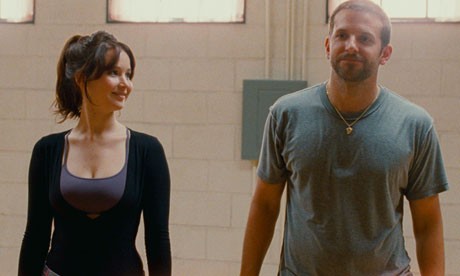 Work on a dance routine. 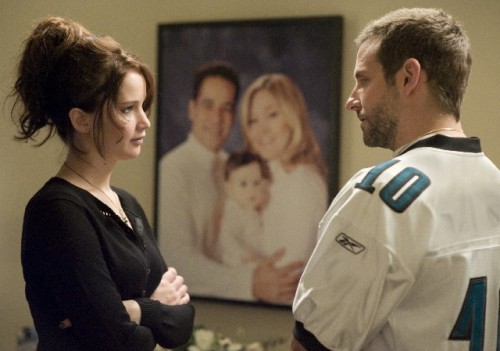 Face off at his home after being stood up for a rehearsal. 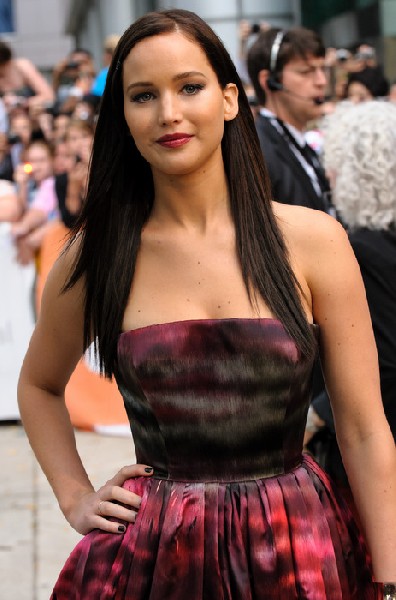 The sexiest man on the planet, if you follow the hype, is 37-year-old Bradley Cooper as Pat Solitano. In the romantic comedy Silver Linings Playbook, he is paired with the ravishing, and ferociously gifted, 22-year-old Jennifer Lawrence as Tiffany Maxwell. She may be the finest screen actress of her generation.

Lawrence first popped up on the 2010 Oscar radar screen for her stunning turn in the grim, hard scrabble, Appalachian themed Winter Bone. Now she returns to the red carpet as the feisty, sarcastic, moody, petulant, widowed, recovering nympho, Tiffany. Her performance is richly nuanced, subtle, complex, hilarious, galvanic, charming, sexy, vulnerable and wise beyond her years. Often all at once.

Between Oscar nominations she was the best, perhaps the only redeeming virtue, of the Sci Fi epic The Hunger Games.

Uber hunk Cooper is no stranger to the Berkshires. In 2008 he appeared at the Williamstown Theatre Festival in Theresa Rebeck’s superb The Understudy. He returned to WTF last summer in one of the finest performances of the season as The Elephant Man. Cooper discussed the the challenges of that role which may reach Broadway in the fall.  Those  WTF roles affirmed his bona fides as a serious actor. That’s not always evident in his screen parts prior to this Oscar nominated comedy.

Similarly, it is remarkable that Maxwell, a gorgeous young woman, is so mature and versatile.

In general, comedy is more challenging for actors and less appreciated. When it comes to handing out awards tears more often prevail over laughter. The field of nine films nominated for Best Picture is top heavy with psyche shattering gravitas.

Hunkered down at the local cinema, on a bitterly cold winter night, Silver Linings Playbook was a heart warming escape.

For the past eight months Pat had been hospitalized by court order. He became unhinged  coming home  from his high school gig, to find his wife Nikki (also a teacher) in the shower with a bald, tenured dude. Pat snapped and beat the crap out of him. That glimpse of Nikki is the last we see of her other than a cameo near the end.

Sitting in on a hospital therapy session we are convinced that Pat is bonkers but less so than his pal Danny (a nice cameo by Chris Tucker) who has a hang-up about his hair. Yes, that’s right. He shows up now and then in key scenes as the film evolves.

Pat’s Mom (Jacki Weaver) has come to release Pat against the wishes of his therapist. He has served the court's designated sentence. Once home, his Dad (Robert De Niro), who didn’t know or approve of the release, conveys misgivings. They are soon affirmed.

Pat is determined to win back Nikki who sold their house and moved. There is a restraining order. He is obsessed to prove that he is in control, losing weight, and reading through her English lit syllabus, the better to know her.

Until at 3 AM, reading in his attic bedroom, Pat is enraged by the ending of Hemingway’s A Farwell to Arms. He tosses the book breaking a window. Then charges into his parent’s bedroom to continue a rant. Disturbing the neighbors in he dead of night lights go on in the neighborhood leading to a cop knocking on the door.

In a hilarious encounter with his Indian therapist, Dr. Patel, (Anupam Kher) he proclaims why he is off prescribed meds. They just slow him down.

He is invited to dinner by his pal Ronnie (John Ortiz) whose wife Veronica (Julia Stiles) hates him. She has invited her messed up, widowed sister Tiffany. Pat has shown up to a dinner party wearing a Philadelphia Eagles football sweater. Veronica is not amused.

Soon Pat and Tiffany zone out their hosts while comparing meds. She is being treated for excessive promiscuity. After a blowup with Veronica a steaming Tiffany announces that she is tired and will Pat walk her home?

On the way she states in a matter of fact manner that “You can fuck me if we keep the lights on.” Holding up a hand with its wedding ring Pat insist that he’s married. She responds in the same way.

When he is out jogging (wearing a garbage bag to produce more sweat) she, guess what, runs by. This will happen repeatedly. It’s her neighborhood she insists.

This “chance” encounter leads to an offer to meet for dinner at a diner. The “date” goes badly. He orders raisin bran to show that it’s not really a date. She counters by ordering just tea. This initiates the moves/ counter moves, that equate to a dissident, convoluted, inevitable, and utterly charming romance.

During their ersatz “date” she reveals sleeping with all the guys in the office. That led to her being fired. How many he wants to know? Eleven. And girls? Yeah, that too.

Unlike the other guys he doesn’t just want to hop in the sack. That intrigues and challenges her. He is obsessed with winning back Nikki. She offers to help by slipping her a letter. With her sister Tiffany now and then they hook up with Nikki.

In a quid pro quo she agrees to help him only if, unlike her deceased cop husband, he will partner in a dance competition. Their rehearsals and final performance are enthralling. They are no better than average but bet on them showing up on Dancing With the Stars.

He’s a dolt for not sensing that she’s falling for him big time. Guys never seem to get it. Duh. Who wouldn’t toss the ex to hook up with the smart, feisty, funny and stunning Tiffany? What is Pat? Like stupid or something?

How Lawrence plays this is masterful, for my money, the best performance of the year.

Sure Pat’s a bit unhinged. Hey. Seeing your wife in the shower with a bald, tenured, high school teacher (anti-social sciences) would freak out any guy. But he’s relatively stable compared to his old man, a compulsive gambler, and Philadelphia Eagles fanatic.

For the past decade the menopausal tough guy De Nero has elided into playing a range of middle aged chumps. Hopefully, the money is good.

Since losing his gig Pat Sr. is bringing home the bacon making book on games. For the most part doing OK. But now he’s hell bent on doubling down to make a killing at the end of the season. Win and he starts his own restaurant. Loose and a season’s earnings evaporate.

He’s a bit superstitious. Like wearing Eagle’s gear and holding onto a lucky green hankie. The remotes are arranged just so. He’ll get his mojo back if Pat will sit on the couch during the games.

That never happens. Now Pat is committed to work on final steps of the dance routine with Tiffany. He’s promised. Made a solemn oath. In exchange for getting that verboten letter to Nikki.

The big game and Pat Sr. is all in. He's banned from the stadium for bad behavior. Pat Jr. suits up and, you guess it, gets popped for a brawl in the parking lot. Something about Dr. Patel, also a fan, and a bus load of Indians attacked by football thugs.

Tiffany waits in vain in her dance studio. We feel her pain.

For most chicks that would be it. The last straw. She busts into the Solitano home and gets into his face. This is one tough broad.

Total gonzo mayhem ensues. Seems that having lost it all Pat Sr. doubles down with an insane parlay. Confident and anxious to gamble he spots his betting friend five points on the Eagles' playoff game. No, make that ten points. For the dance competition a side bet is that Pat and Tiffany score at least five out of ten.

To ensure that Pat holds true to his commitment Tiffany promises that Nikki will be there. Then, cripes, she actually shows up. Tiffany freaks, wanting to quit, knocks down a couple of vodkas.

Despite being a bit juiced their dance routine is fabulous, hysterical, and for the finale totally, hilariously messed up. Compared to the other couples they are rank amateurs.

Jump for joy when they score that awesome five.

Pat breaks for Nikki to win her back.

Bad news dude as Tiffany turns into a pumpkin and flees the joint.

Coming to his senses Pat bolts after her declaring true love.

They live happily ever after.

It was cold outside as with smiles on our faces we drove home.

There's nothing like movie nights in the dead of winter.