The Hunt to Kill Bin Laden 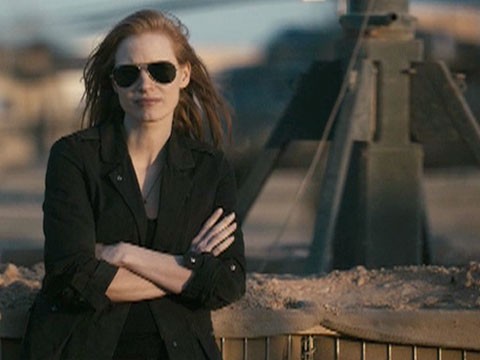 Jessica Chastain is Oscar nominated for her role as agent Maya. 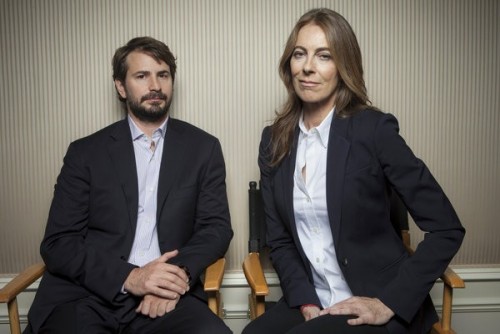 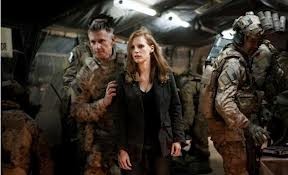 The hunt for Bin Laden. 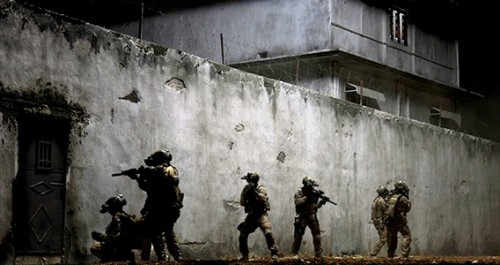 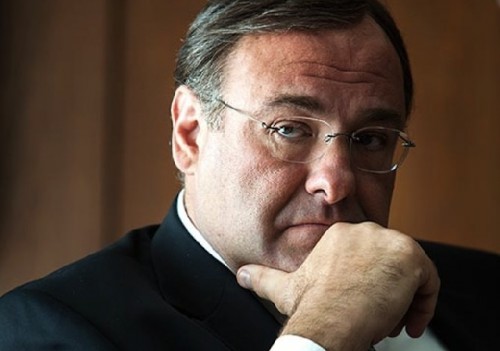 James Galdofini in a memorable cameo. 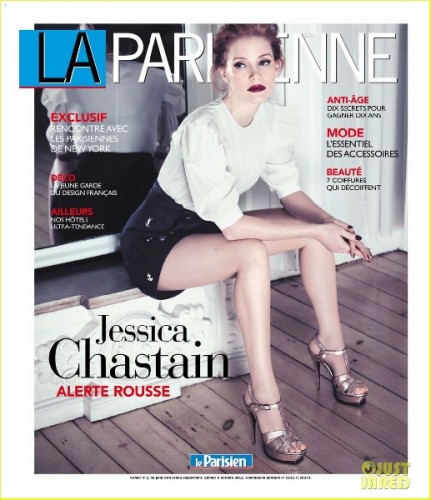 Chastain on the cover of a fashion magazine.

Bigelow is a long shot to repeat with Zero Dark Thirty, a nail biting, docu-drama about the successful effort to eliminate the high value target, Osama Bin Laden, AKA “Geronimo.”

Arguably, the currently nominated film is as good if not better than the previous winner. It is Bigelow’s tenth film as a director.

The film takes a long tense build up to the actual final assault by several state of the art choppers and their team of Navy Seals. The gathering of intelligence through inhumane, punishing techniques proceeds so methodically that it seems to unfold in real time. It is a reflection of the screenwriter and Bigelow collaborator, Mark Boal’s, intent to tell the tale as factually as possible.

Significantly, Boal previously pursued a career as a journalist embedded in the field. It has been reported that the producer and director were briefed  by the military during the process of assembling the film. It has been debated that they disclosed sensitive intelligence.

They are very frank and unapologetic about graphically depicting the torture of “detainees” through combinations of beatings, water boarding, sleep and food deprivation, sexual insults (nudity) and any means necessary.

There is a brief clip of a televised President Obama denying that such techniques were used. After the exposure of Abu Ghraib there has been no deniability that our military engaged in torture that we abhor when used against our captured troops and intelligence operatives.

The argument is compellingly made that the gamut of black ops, the stuff of so much mainstream entertainment, entails extracting information from terrorists, foiling plots, and saving American lives.

The ultimate prize was to decapitate the serpent of evil Osama Bin Laden. As we have seen, to quote Macbeth, “We have but scotched the snake not killed it.”

To consider Zero Dark Thirty for awards begs that we view it as a work of art. The content and its graphic violence are too immediate and visceral to comprise the objectivity that art demands. The subject matter is too close for comfort.

There has not been enough time to distance ourselves from the events depicted. Compare this film, for example, to such epics as Spielberg’s Saving Private Ryan or Eastwood’s Flags of Our Fathers and  Letters from Iwo Jima.

Those and other war films bathe the screen in blood. I found the first fifteen minutes of Saving Private Ryan utterly unbearable. It was an amazingly horrific and realistic depiction of the carnage of the first wave of the landing on Omaha Beach during D Day in Normandy. The window of tolerance was that the director was revealing the history of the Great Generation, our parents, and grandparents.

There is no such moat of time and history that separates us from the violence of Zero Dark Thirty. It is the norm to see such carnage in contemporary cinema. What we see in this film is mild by comparison to Tarantino’s slaughter scenes in Django Unchained. But that is presented as a danse macabre, a ballet of death, and even a comedy as in the rolling heads of his earlier Kill Bill.

The exquisite difference is that when we see Jason Clarke as Dan tell the detainee that “Every time you lie I’m going to hurt you” it is all too nauseatingly real. Before being rotated back to a desk job at Langley he reveals to the newbie agent Maya (Jessica Chastain) that he has done this a hundred times before. He is tired of “seeing naked men.”

One has to wonder about the soul, sanity, and humanity of any man who water boards another. It entails inverting a detainee, placing a cloth over his or her face, and pouring water to simulate drowning.

Maya, a beautiful, redheaded young woman is tough, committed, and anything but squeamish. In a feminine way she is every bit as hardened as Dan. There are sparks between them but no flame. She is asked about that or any other romantic interests by the other woman on the job, Jessica, wonderfully played by Jennifer Ehle. It may be a man’s world, as is conveyed throughout the film, but the women hold their own.

Later, Jessica and several other agents are killed in a meeting with an “asset” which goes wrong when he turns out to be a suicide bomber who has played them. Maya speculates that she has survived to complete the mission to take down Bin Laden.

As Maya the Oscar worthy performance by Chastain is measured, meticulous, understated and totally credible. Stepping back one wonders why a beautiful young woman would pursue such a brutal and gut wrenching profession. In one scene her car is riddled with bullets by would be assassins. But perhaps such misgivings, like those of male co-workers and supervisors, are indicative of sexism. My bad.

It is admirable that Bigelow and Boal opted to hint at, but not write in, a love interest or romantic story line for an attractive leading lady. As must be common for individuals who purse such dangerous and emotionally damaging professions, she appears to have no private life. Maya thrives on the vapors and adrenalin of the pursuit of the highest value targets.

We see her relentless determination (some seven years) coming head on against the brick walls of superiors with career interests, the suits back at Langley, vacillating cabinet members, National Security advisors, and even the President.

Through dogged field work and brilliant sleuthing Maya headed the team that identified the compound which was the likely hideout of Bin Laden. It was revealed that he resided within walking distance of Pakistan’s equivalent to West Point.

The film does not explore the theme of likely complicity between Bin Laden and the government of Pakistan. How else to comprehend his long residence in an urban environment? It is argued that he could not run the complex Al-Qaeda from a cave.

For security no cell phones were used in the compound. The Achilles heel entailed identifying the trusted courier. He was tracked to an operative long believed to be dead. That proved to be his brother. Through the bribe of a $200,000 sports car to a Sheik the cell phone number of the courier’s mother was tracked.

Maya’s relentless focus and “realistic” behavior begs comparisons to that other high profile operative, the brilliantly deranged agent Carrie Mathison played by Emmy winner Claire Danes. She co stars with the traitor Nicholas Brody (Damian Lewis) in the compelling but over the top fiction Homeland. Their  approaches to similar but different agents is fascinating.

Back at Langley Maya arrives early for a meeting. At first she takes a seat at the table. But then is told by her superior to sit in the back of the room. There is a group assembled to brief  Defense Secretary Leon Panetta (played by James Gandolfini). When she does eventually speak up he asks who the heck are you? The only woman in the room answers “I’m the motherfucker” who found Bin Laden.

If you wondered why Bin Laden was able to slip away from a hideout in Bora Bora, and a near kill several years before, the following scenes explain why.

Days of inaction turn into weeks and months. The President wants proof that it is Bin Laden. Might it be a big time drug dealer? Or some other high value target?

Going round the table Panetta wants to know the probability that Bin Laden resides in the compound. The suits in general state between 50 and 60%. Including Dan, now riding a desk back at the ranch. When finally asked Maya responds “100% no make that 95%.”

Because of the uncertainty factor it is decided to risk the lives of a Seals team in a covert mission rather than take out the compound with a drone strike.

It is a priority to confirm a kill.

After endless delays, and multiple risks that he would simply escape, the attack is finally initiated.

The actual raid, dramatically and cinematically, is after the fact. We know the end result so there is  an element of tedious voyeurism in seeing it executed.

The mission is completed but the film offers no closure. Maya conveys emotional release. It’s the only indication of her true feelings during a long film. But we are given no clues about the collateral damage or her life after the mission. Maya is likely a composite of individuals who comprised the actual team.

That intel, of course, is classified.