Show at XVA Gallery in Dubai 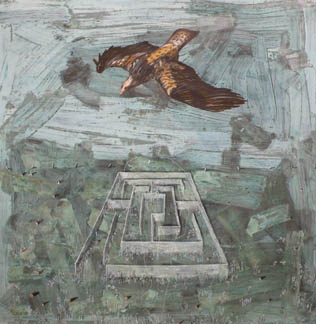 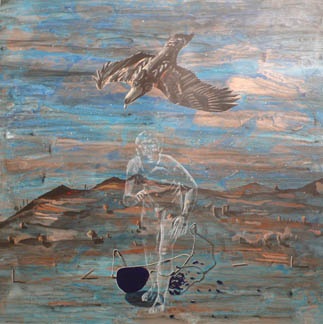 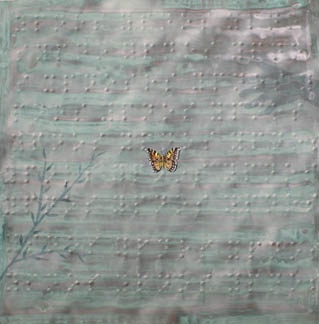 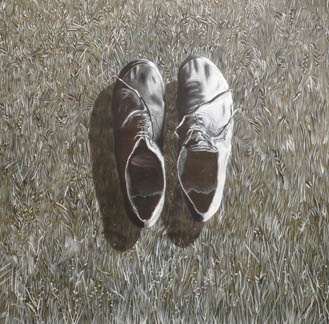 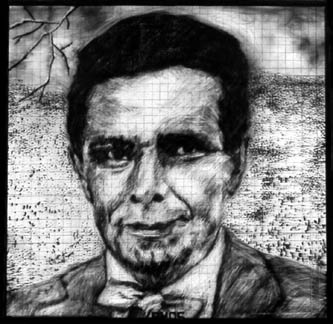 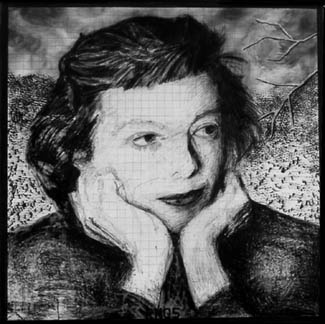 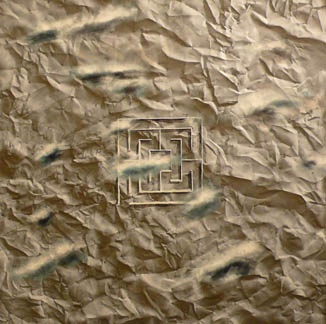 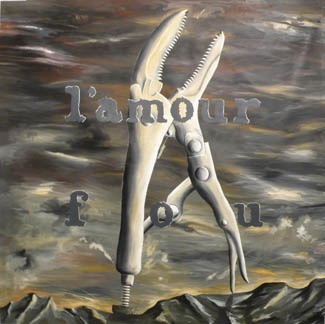 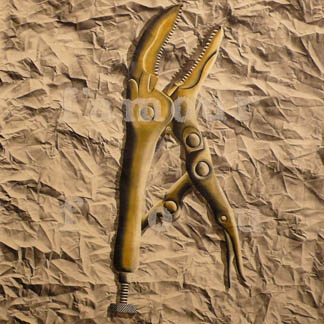 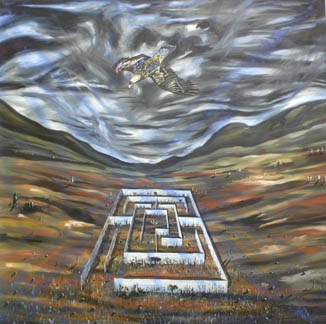 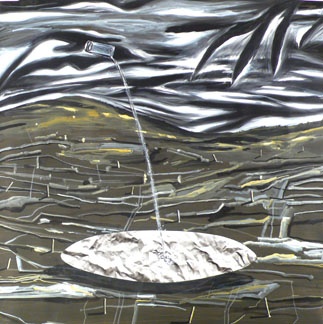 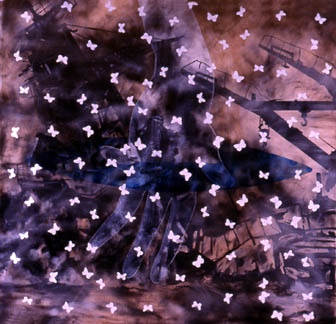 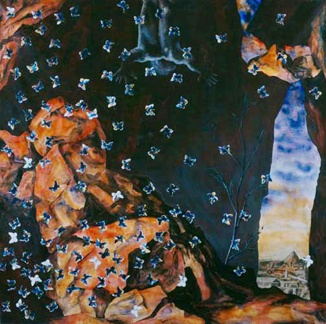 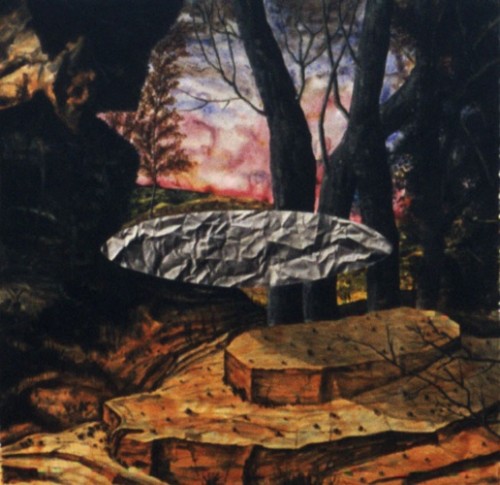 The Paris based artist, Rafael Mahdavi, offers unique dimension to the notion of Globalization. He was born in 1946 in Mazatlan, Mexico of an American mother from Wichita, Kansas and a Persian father from Mashad. From Mexico his parents then lived and worked in Paris, Vienna, and New York eventually settling in Majorca, Spain where they earned a living by writing novels and short stories. Rafael was home schooled until the age of ten and then attended boarding schools in England, Madrid, and Vienna where he earned a baccalaureate degree. His education continued in the U.S. with two years at the University of Rochester and then Cranbrook Academy of Art for a B.F.A. In addition to painting and making sculpture, since 1982, he has been a professor at the Parsons School of Design in Paris. He also teaches drawing at the Ecole Superieure d'Art et Design in Amiens and at Strate College of Design in Issy-les-Moulineaux.

Mahdavi has exhibited on several continents including, in 2000, a simultaneous, two venue exhibition in Boston, at the New England School of Art & Design, and the French Library, curated by Charles Giuliano. He is represented by Joan Guaita Gallery in Mallorca, Spain and by Odon Wagner Gallery in Toronto. During February, 2008 Mahdavi will have an exhibition at XVA Gallery in Dubai. In 2006 he exhibited at the Museum Xie Tan in Fu Shan, China and, in 2007, at the Museum Gunshanyue in Canton, China.

The large format paintings of Mahdavi have evolved with a complex use of textures and symbols. In the dream like iconic canvases there are evocations of the senses including touch. The canvases are occasional punched and scored with scratches and markings as well as the use of the Braille system which allows the blind to read. The iconography is drawn from both his life experience as well as constant study of the masters of art. He describes frequent visits to the Louvre, in Paris, where he will spend time contemplating just a single work by "One of my buddies." In earlier work he often created variations of their paintings but these sources and influences have now been so absorbed and filtered that Mahdavi has derived his own highly unique vocabulary of icons and markings. Today his paintings have achieved a remarkable degree of intensity, resonance and sublime beauty.

Between the Brush Strokes

Sometimes I use the opposite of what I mean to make the meaning stronger. I use Braille to imply the gift of sight, and the sense of touching, which is what a blind person does when reading Braille. In my painting here the Braille repeatedly spells the word Hypnos (in Greek letters), the god of sleep. In the British museum a few years ago I saw the winged head of Hypnos and fell in love with it.

Other images, for the same reasons, break the sunglasses you are wearing. Blind people sometimes wear dark glasses, and are more sensitive to touching or being touched, as in the soft brush of a butterfly on your skin. When you are touched you are not alone. The body becomes a potential Braille landscape.

The butterfly implies migration and exile. When you are in exile and have nothing your shoes are your home. They're your shelter from the ground, in your shoes you are where you are. I first used the shoes in my painting in New York, where many people are from elsewhere. And when you paint a landscape outside a cityÂ–Â–and that means land, sky and horizon for meÂ–Â–you are, by your vantage point, letting the viewer know where you, the painter, are situated. You can't paint a landscape and not be somewhere. I then added posts to delineate areas, the way one might stake out a property or pitch a tent and call home.

Being somewhere is important to me because it can also mean not being lost, perhaps being in a place where you belong, even if only temporarily. You may be lost in a labyrinth, but again here using the idea of contradiction, you know at least where you are lost.

The labyrinth conjures up notions of losing oneself or finding something, and getting out too, hopefully. Being somewhere and yet nowhere. My labyrinth in a landscape, seen from the sky, is abandoned and slightly weedy. An Iberian eagle, observer, protector, predator, hovers in the sky. The eagle's eyes are powerful, much better than yours dear viewer and reader, and the bird has been seeing landscapes from the sky for thousands of years. But for us, seeing landscapes from the sky, a common occurrence today, is a modern possibility, a new and recent vantage point whether from a satellite or an airplane.

The first thought of wrinkles occurred when I saw mountain ranges from an airplane. It seemed to me as if the earth's skin was wrinkled. In a similar way, you can imagine the relief dots on a page of Braille as rows of tents seen from a great height. The other way around you can see a pair of pliers, a tool the size of your hand, which can help construct or destroy, looming like a giant on the horizon.

At times tools seem alive to me, as if they had a mind and a life of their own. The pliers can be seen as comical or dramatic, depending on your experience or idea of insane love. And then water comes from a glass in the sky, water, tasteless and colorlessÂ–Â–one of the four elements in ancient philosophyÂ–Â–but for me implying tasting colors.