The Pioneering 1960s Art of USCO

Looking Back at Early Art and Technology 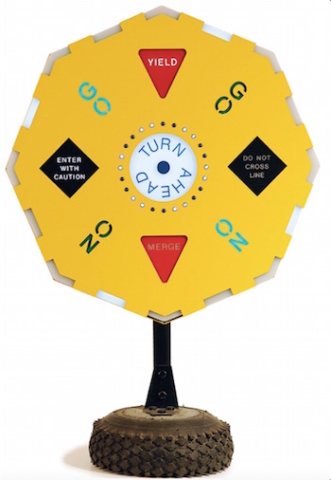 Contact Is the Only Love by Gerd Stern and Michael Callahan, Mixed Media and Electronics, 1967. 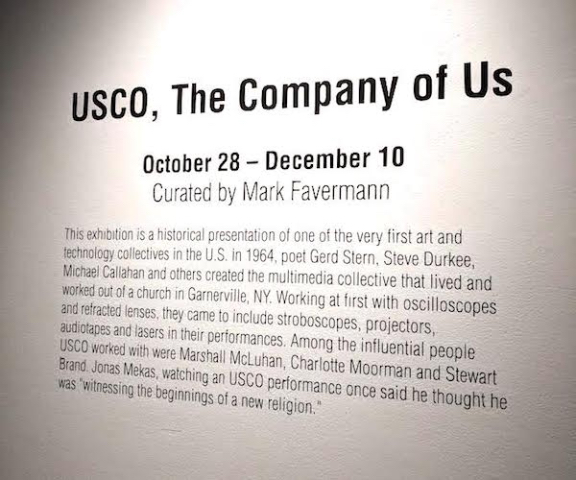 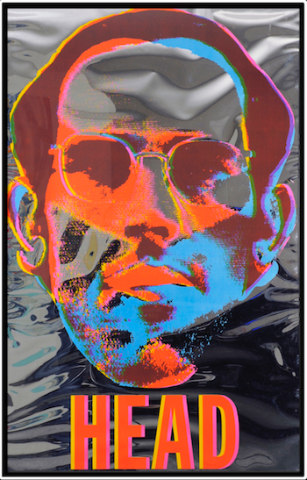 Poster for the Monkies' movie “Head” 1967 by Judi Stern and USCO, in the collection of the Museum of Modern Art. 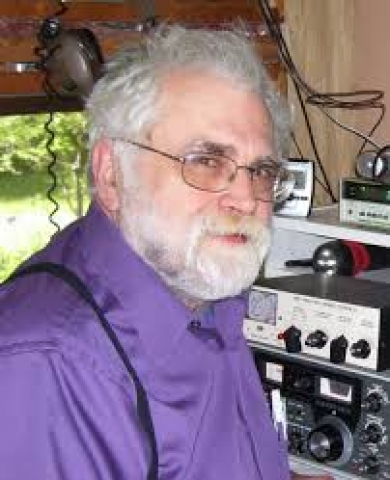 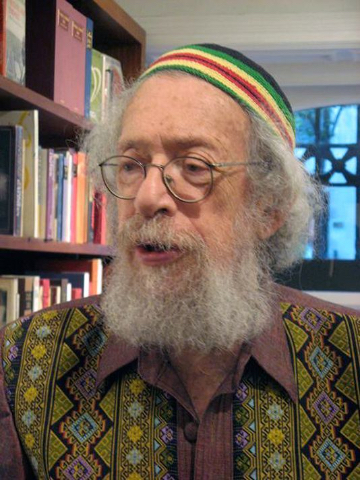 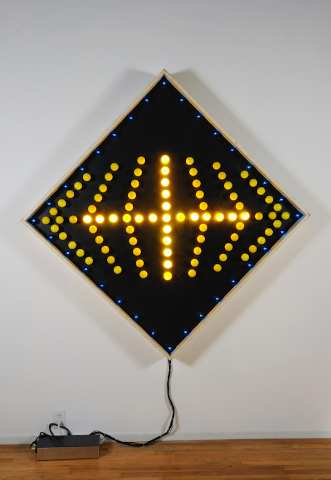 At a meeting of the Boston Visual Artists Union at its gallery in 1974, I met and almost immediately befriended a seemingly near-Biblical character with a flowing dark beard and a stentorian basso profundo voice. He was/is Gerd Stern, a Beat poet who morphed into a multimedia artist who somehow touched the lives and careers of almost all the major cultural players and institutions from the 1940s through the 1970s.

Through Gerd, I met Michael Callahan, a combination of Back to the Future’s Doc Brown, Mr. Wizard, and MacGyver. He had and has the talent to make the creation of complicated mechanical,electrical, and digital gizmos look easy. This has been his skill set since his early teens.

Starting in the San Francisco area, Callahan has successfully collaborated with Gerd since the early 1960s. A decade before our meeting, Stern, Callahan, and painter Steve Durkee founded the art and technology collaborative the Company of Us or USCO. Located in a former Church in upstate New York, USCO was deeply involved in the creation of multimedia art throughout the 1960s, in the process pushing the period’s technology to its limits. The group and its work was featured on the covers of Look and Life Magazines.

By the time that I met them, they and a number of Harvard Business School-trained backers had formed a multimedia corporation—Intermedia. The business’s mission: to turn USCO’s artistic tools and skills into commercial projects, and to explore how multimedia could be used as tools for communication and education for companies, institutions, and even governments. At Gerd’s home and in the Intermedia’s offices in Cambridge’s Central Square, I saw examples of USCO’s art. These included large paintings, sculptured word collages, and kinetic pieces.

One of Intermedia’s cutting-edge projects at the time was to create two different laser shows for the Boston Museum of Science’s Charles Hayden Planetarium. I remember my friend, the late Kenworth Moffat, the first Curator of Contemporary Art at the Boston Museum of Fine Arts, giving me holy hell for bringing him to the show. He was one of those light-sensitive individuals who reacted badly to bright, flashing, and intense lights and colors. However, most of the other Intermedia projects generated wonder and joy rather than discomfort.

Unfortunately, following a major commitment to projects in Venezuela, which was shaken by governmental change, financial crisis, and political turmoil, Intermedia was forced to declare bankruptcy. This was in the late 1970s and early 1980s. Gerd joined his family’s business in New Jersey, becoming an international cheese-broker. Staying in the Boston area, Michael taught classes on technology at Harvard’s Carpenter Center for Visual Studies for several years; he also set up a company, Museum Technology Source Inc, to provide technology for museums.

Over the following years, Gerd mentioned Michael in many of our conversations. Eventually, after many adventures, Gerd left the cheese business. In the last decade, he accepted a series of artist-in-residencies both in Europe and the US. Michael continues to consult with museums. Both Gerd and Michael kept in contact over the years, as well as with many of their longtime artworld colleagues. Occasionally, Gerd would be asked to jury a show or speak on a museum panel.

Organized by the Tate Liverpool, The Summer of Love: Art of the Psychedelic Era exhibition explored the unprecedented explosion of contemporary art and popular culture brought about by the civil unrest and pervasive social change of the ’60s and early ’70s. Opening at New York’s Whitney Museum in 2007, the show underscored the new psychedelic aesthetic that emerged in the arts. The show placed special emphasis on man-made environments as well as on film, video, and multimedia installations, including works by Jordan Belson, USCO, Stan VanDerBeek, and James Whitney.

Gerd and I visited the exhibition together to see several USCO pieces. The exhibition was a kind of time machine. The artwork was an interesting mix of strong graphics, kinetic art, and multimedia pieces that reflected the Age of Aquarius. It displayed Flower Power and Psychedelic art in a time of revolution and free thought, as well as sex, drugs, and rock ‘n’ roll.

In this area, the Boston CyberArts Gallery’s first historical art and technology exhibit took place in 2015. Otto Piene & Electronic Art in New England examined the work of former MIT Center for Advanced Visual Studies Director Otto Piene, delving into his role as a founding figure in art and technology. After the success of that show, CyberArts Director George Fifield  embraced my idea of celebrating USCO’s pioneering work as another historical exhibit. But he told me I had to curate it.

Initially speaking with both Gerd and Michael, I determined that the show would focus only on mechanical or analog art. None of USCO’s early paintings or collages would be shown. This approach would emphasize what most keenly differentiated their art from what was else was being done at the time.

I focused on several pieces that I thought would be both visually entertaining and provocative, as well as works that would underscore the art of the 1960s through its available technology. The exhibit included not only objects, but a slide presentation that was used (in-part) to illustrate lectures that Marshall McLuhan gave in the ’60s, early documentation of USCO members working on creative projects, and some of the period’s short experimental films. Thanks to the wonderful resources of the Boston CyberArts Gallery space, USCO’s art was displayed in its visually compelling best.

This article was previously published in Arts Fuse and is republished here by their permission.