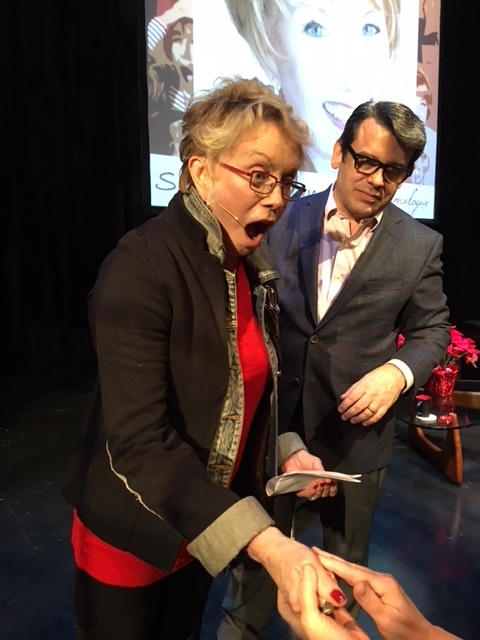 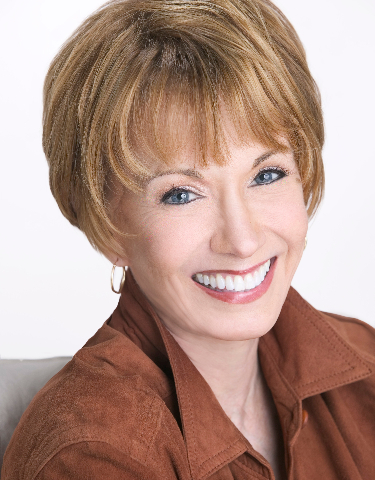 She may no longer fly, but Sandy Duncan can still move abruptly. And she knows how to make a hard landing.

The 71-year-old beloved star, with a quick, charming smile, arched eyebrows and glasses has begun performances in A.R. Gurney’s 1988 romantic play Love Letters. She’s portraying the free-spirited Melissa Gardner through Jan. 21 at the Duke Energy Center for the Performing Arts in downtown Raleigh.

But before she headed to North Carolina, Duncan stopped, er, landed at West Palm Beach’s Palm Beach Dramaworks theater company as part of its “Dramalogue” series. The series featured Duncan a little more than 37 years after she ended her Tony-nominated run as Peter Pan in the 1979 Broadway revival of that musical.

The live Q&A with Palm Beach Dramaworks’ Sheryl Flatow featured a variety of topics. The roughly 80-minute session revealed, among other things, how Duncan felt flying up and over audience members, her dancing career, and her feelings toward those with whom she’s worked.

At the beginning of the sessions, all indications were the interview would start smoothly. Then Duncan strode on stage and the actress, not Flatow, spoke first.

“I’m sorry, I got schmutz on my glasses,” Duncan said apologetically. She showed an audience member the “schmutz” before heading back offstage to grab a cleaning cloth.

She emerged back onstage.

“I have to see; there’s only one eye to go with,” Duncan said, referring to the fact she can see out of only one eye due to an operation for a tumor.

Finally, Duncan plopped down on a chair opposite Flatow and exhaled. The performer, clad in a black sweater and red blouse, crossed her legs.

“You have questions?” she jokingly asked Flatow.

Through them, Duncan revealed she began her performing career as a young child taking tap, ballet and acrobatics lessons. The born and bred Texan also recalled that her dance teacher took her students to audition for summer musicals in Dallas. Duncan said she was 4-years-old when she earned a part in The King and I.

Duncan still remembers how she felt on that stage.

“I saw that audience and I loved it,” she said, uttering the last three words in a quiet tone, suggesting she relishes the experience to this day.

Duncan’s mother cried while watching her little girl – performing is something Duncan would do for most of, if not the rest of her life.

She continued to take dancing lessons.

Throughout her career, Duncan has worked with many greats. They included the American dancer and choreographer Agnes de Mille.

Duncan recalled auditioning for the role of Louise in Carousel. At first, she thought she didn’t get the part. However, she soon received a call-back and had to read from a scene. Duncan said de Mille came “stomping down” the aisle. She criticized the young performer not for her performance ability, but her weight.

“You gotta take 10 pounds of that lard off!,” Duncan recalled the choreographer saying. “I was skinny, skinny when we opened.”

There was an exactness that characterized the choreography. Duncan said de Mille insisted her performers dance “from an actor’s point of view.”

“That made it doubly hard,” Duncan said.

She also recalled interacting with composer Richard Rodgers while she played Liesl in The Sound of Music.

“I’ll depend on you,” she recalled him telling her.

Rodgers dedicated a weakness in her singing.

"You’re flat, honey,” she recalled him telling her. “Just move your vowels.”

Duncan made her film debut in the flick Midnight Cowboy, directed by John Schlesinger and starring Jon Voight and Dustin Hoffman.

The director told Duncan she seemed “perfectly right” she recalled.

Many apparently thought the same of her performance as Peter Pan. Playing the flying boy who refused to grow up earned Duncan her third Tony nomination in 1980.

"What did it feel like to fly," Flatow asked Duncan.

“It’s the best!,” the legendary performer responded enthusiastically. “I really thought I could fly after a while. You really think you can.”

Audience members at the Q&A watched several clips of Duncan in various shows. During a Peter Pan clip, Duncan resembles a carefree, acrobatic bird. She spins in the air and makes swimming motions with her arms. Every night for three years, flying over children was a thrill, Duncan said.

“I would push off the light poles on the wings,” she recalled. “It was just thrilling.”

Mary Martin, one of the other famous women to play Peter Pan, saw Duncan perform. Martin came backstage to greet Duncan after one performance.

“She was just so sweet and she hugged me and said ‘You’re my Peter Pan,’” Duncan fondly recalled.

Not all went smoothly during Duncan’s life. She estimated she was in her early 20s when she began experiencing headaches. One time, “everything went white.”

She yelled for her mother, who called a doctor. Eventually, Duncan learned she had a benign tumor. She lost vision in one eye. Duncan would like to clear up a misconception regarding her condition.

Duncan has shown the ability to bounce back after setbacks. While rehearsing for the role of Roxie in the musical Chicago, she fell off a ladder and broke her foot. No problem; Duncan continued to dance for another week before a doctor finally put her foot in a cast. She remained out of commission for six months.

Duncan never missed a performance as Peter Pan – even when her voice was hoarse.

“You don’t miss your shows,” she said. “It’s your responsibility to do it.”

Duncan is currently fulfilling her responsibility to the Duke Energy Center for the Performing Arts’ production of Love Letters. To see Duncan in action, visit www.dukeenergycenterraleigh.com.

Meanwhile, Palm Beach Dramaworks’ Dramalogue series continues at 2 and 7 p.m. Feb. 6 with a presentation about the poet Emily Dickinson. She’s a character in PBD’s upcoming world premiere production of Joseph McDonough’s Edgar & Emily, which will run from March 30-April 22.

Following the Dickinson presentation, actor Bill Pullman will take the stage at 2 p.m. and 8 p.m. March 6, hosted by J. Barry Lewis. Finally, at 2 and 7 p.m. April 3, a “Designers Roundtable,” featuring PBD artists is slated for 2 and 7 p.m. April 3.,

Tickets for these and PBD’s upcoming productions are listed at www.palmbeachdramaworks.org.