A Perfect Future At SpeakEasy Stage

30something Angst in the 21st Century 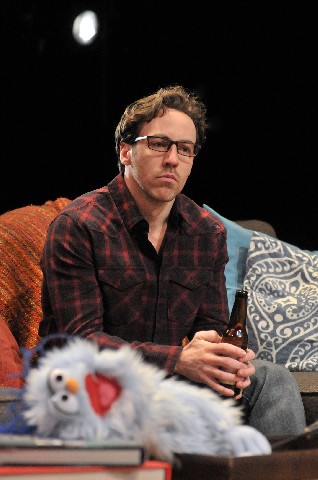 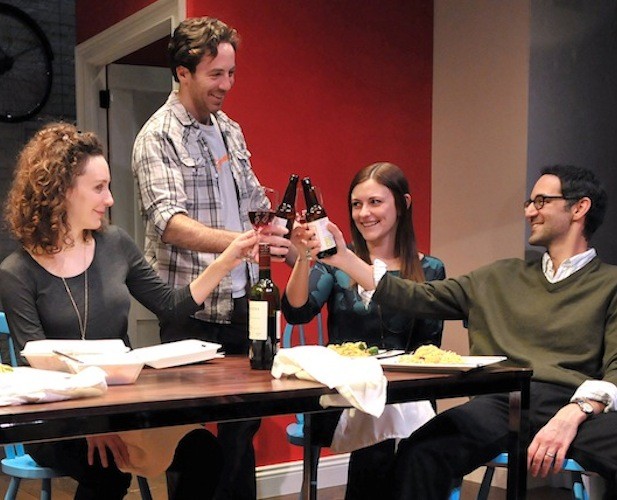 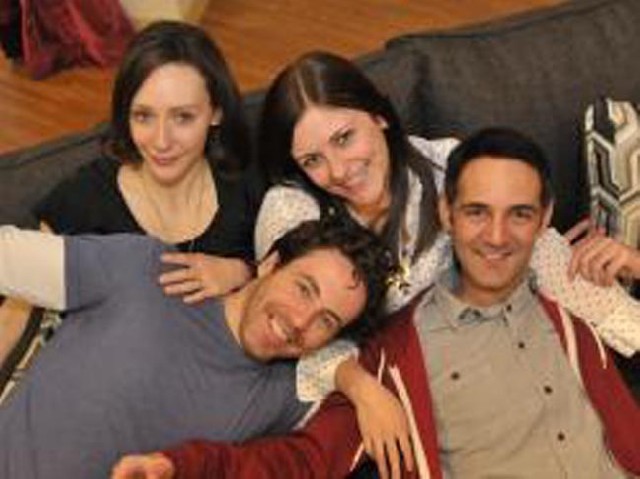 Contemporary society can be a bitch. Trying to have it all in terms of career, family, relationships and personal attainment ain't easy in the 21st Century. Was it ever easy? Gen Xers have attempted to do these superior multitasking performances. But having all is just not it is said to be.

Born between 1965 and 1984, the Gen X generation grew up in an era of emerging technology and political and institutional incompetence. Watergate, Three Mile Island, Bhopal, the Iranian hostage crisis, long gas lines, Iran-Contra and the Clinton-Lewinsky scandals underscored this early-on jaded generation.

With the economic decline at the end of the 1980s, competition for jobs was tight and the American dream had changed. This generation was being told that they would not be able to surpass or even replicate the lifestyles of their Baby Boomer parents.

It is this generational background that colors the lives of the four main characters in SpeakEasy Stage Company's world premiere of  "A Future Perfect," the latest work by former Huntington Playwriting Fellow Ken Urban. Set in Brooklyn, New York in the recent past, this is a play of manners and missteps. Hard edges instead of smooth curves seem to outline the narrative. Another title for the show could be "Friends Agonistes," the pain of friends evolving into adults.

Tense this play is not. Nor does the story have much nuance or thoughtful ambiguity where and when it could.  Except for Brian Hastert as Max, the characters are not very compelling, but a bit cardboard cutouts. And though well-performed, Hastert's PBS children's show puppeteer Max is a disappointing wimp most of the time.

Actually, each of the actors is very good. The writing is not. Marianna Bassham as a certified Type A on the way up ad exec Claire is initially fascinating enough to want to hear what awful things she will blurt out in a truth-telling defensive/jealous way. But the trick gets old fast. Her speeches/dialogues are full of clichés. However, this is the fault of the playwright, not the actor. Trying to do it all could be an interesting premise. But not here. With better content (storyline/writing), her characterization would have better dramatic quality.

The newcomer/outsider to the other three close college friends, Chelsea Diehl's Elena is fine, and her portrayal is more believable than the other characters. Elena has passion and emotion--things the others greatly lack. Nael Nacer's insurance salesman (insurance salesman?) Alex is wooden and almost, but not quite sympathetic. His and Max's passion for music and playing the electric guitar are unrecognizable as emotionally uplifting or even just pleasurable. And why doesn't Max just substitute teach for a while?

On the totally positive side, the set by Cristina Todesco and costume design by Elisabetta Polito are both well-done. Polito even found or made an appropriate t-shirt for Max. And Uatchet Jin Juch as the precocious Annabelle is wonderful.

And to be fair, there were a number of clever lines, mostly by Max. My favorite was a reference to getting older when he said "Many more things that I eat make me fart!"

Friends over for dinner is a now familiar theatrical format, but, and a big but, in order to work, more has to be brought to the situation than just a discussion of seemingly meaningful topics and awkwardly bad behavior.

Thirty-somethings angst without a real story is just not theatrically dramatic. Unfortunately, here the characters do not seem to evolve at all. And this is a function of the narrative. Though even with earnest performers and fine stagecraft, this is a play in search of a clear purpose.