A Violent and Graphic Look at West Bank 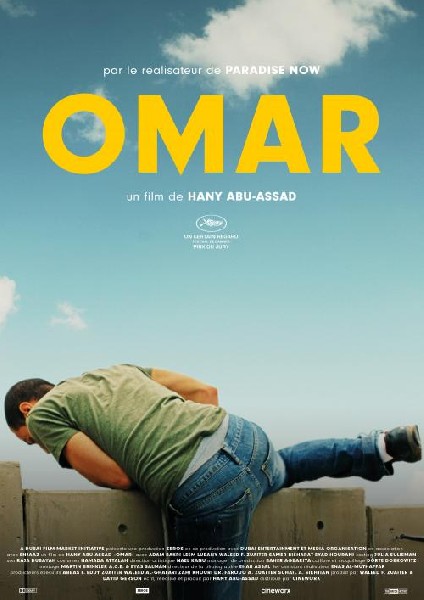 The Palestinian film was screened in Palm Springs. 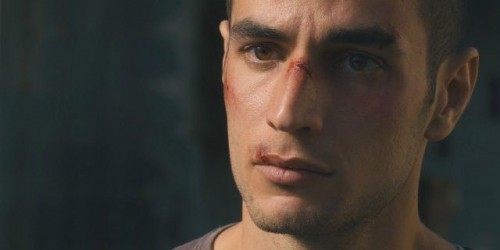 Caught up in conflict.

It’s dangerous living, working, or just being in an occupied country.  The film “OMAR”, now screening at the Palm Springs International Film Festival, is the Palestinian Territories’ Official Submission for the 2014 Oscar for Best Foreign Language Film.  It is  a very violent and graphic look into such an existence.

As in all spy thrillers, it’s a difficult world where one is trying to tell the good guys from the bad guys.  It’s a story of counter-intelligence agents (the Israeli’s) trying to be a step ahead of the local Al-Aqsa Brigade, in the West Bank, and in this case, three radicalized young Palestinian men: Tarek (Iyad Hoorani) Amjad (Samer Bisharat) and Omar (Adam Bakri) who grew up together as boyhood friends.

Written and directed by Hany Abu-Assad, “Omar” is an intense action-fueled movie of street chases in, over, and around narrow-lined streets and buildings in the on-going cat and mouse game of counter-intelligence.  The scenes of interrogations are brutal and graphic.

When an Israeli soldier is killed in a guerrilla attack one night, Omar (Adam Bakri) is arrested and tricked into an admission of guilt by association.  Before he knows it, he’s pressed into work as an informant.  Now the cat and mouse game begins in earnest.  Omar knows the identity of the shooter (Amjad) whom the Israeli’s want.  But he’s conflicted.  Tarek has a beautiful sister Nadia (Leem Lubany), who is love with Omar, and when the time is right Omar must ask for Nadia’s hand from her brother Tarek.  How can he betray her brother and his friends and expect win Nadia in the process?

The story and the dilemma concerning young lovers is as old as Shakespeare.  It’s “Romeo and Juliet” all over again except we’re in the modern Middle East instead of Renaissance Italy.  Omar and Nadia write letters to one another every day.  And every day Omar climbs over the wall separating the West Bank from the Territories to meet and deliver his replies to her letters.  That has the ring of Rostand’s “Cyrano de Bergerac” delivering letters, every night, to Roxanne from the battlefield.  But, seriously the issues involved in Hany Abu-Assad’s movie about the moral and political dilemmas are, not only very real, but compelling and vexing, and are likely to be with us for years to come.

The performances are intense, riveting, and first rate.  Writer/director Abu-Assad has a genuine, hit on his hands, despite the radioactive subject matter as well as the locations and the setting of his film.  He already has a distributor for the film, which goes into selected theatrical release sometime in late February.