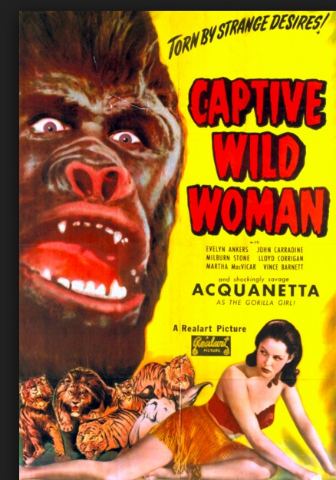 Acquanetta holds three minutes of a 1943 B movie still, as we listen to the angst caused by animal emotions. 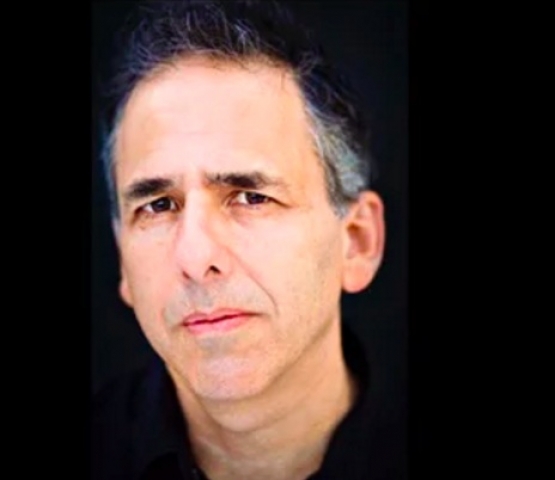 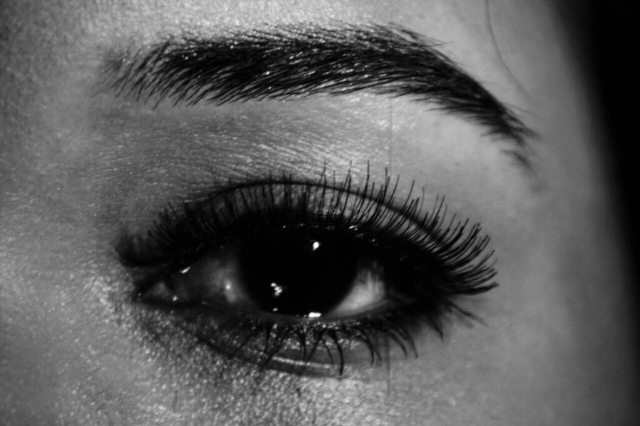 In the eye of the beholder, Mikaela Bennett as Aquanetta. Photo credit Maria Baranova-Suzuki. 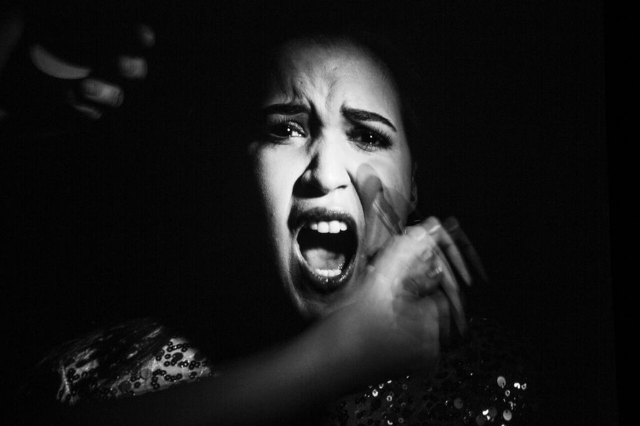 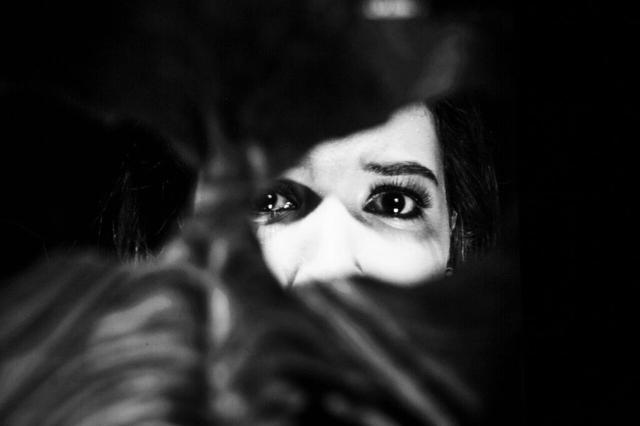 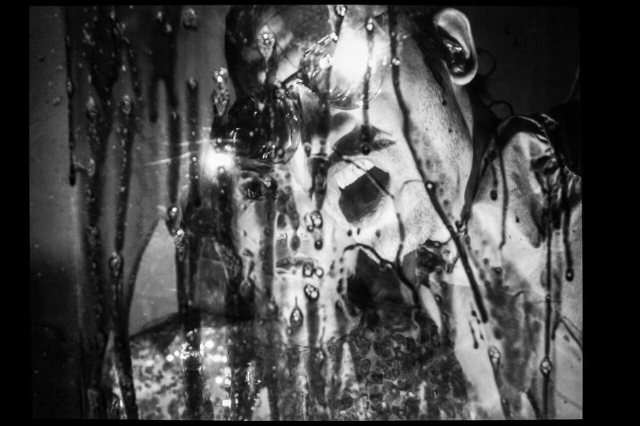 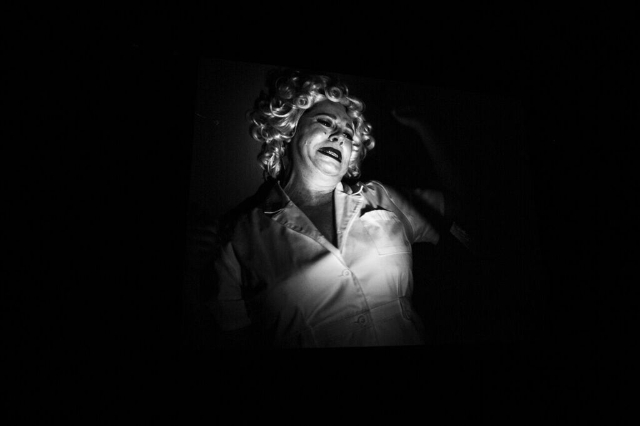 The world premier of the chamber version of the opera Acquanetta opened the Prototype Festival in New York. The work composed by Michael Gordon with libretto by Deborah Artman, is smashing.

A large screen on a stage forms the ‘curtain’ before an audience seated in steeply raked bleachers. The music begins as we watch an extreme closeup on an eyeball. Then lashes flicker to the beat of the bass. They look like denuded stems of cattails, but do not wave in the breeze. Up and down they go. So too does the music. Hallucinogenic textures emerge from its incessant pulse.

This is a musical work in which concept, story, vocal performance, and mystery all come from the same place and move forward together. Three minutes from the 1943 B movie, Captive Wild Woman, are extended to seventy. Time stands almost still as an invisible camera examines in detail the machinations of a mad doctor who manipulates endocrinal structure in humans to produce the intense and uncontrollable emotions of lower animals.

The film actress who plays this ape/woman is Acquanetta, herself a mystery. No one is sure whether she was born in Ozone, Wyoming or Norristown, Pennsylvania. Hollywood christened her the Venezuelan Volcano.

Mikaela Bennett is extraordinary as she plays both the actress and the role as the star.  She has a pure voice which is inflected with underlying currents of bestial passion. The music she sings is embedded in harsh, big sounds which reveal her new emotional character as she turns from woman to hairy ape. Pulse-based sensuality turns into rage. Spoken words are melodic but by and large on one note, or constructed on a short phrase whose notes are often repeated. This is only one of the many musical devices which enthrall us and also keep us in suspended time.

When the animal trainer declares his intention to marry his secretary, the character Acquanetta goes ape. Her emotions have been tampered with under the knife of the mad doctor Sigmund Walters,  performed by Timur with an evil gusto.

The role of the brainy beauty/nurse is played by Amelia Watkins, a blonde Betty Boop type with a belting voice and a touching sense that the doctor's experiments may not be ethical.

During the opera’s opening, everything that happens before us is on screen, but the voices sound live. We cannot see where they are coming from. Acquanetta’s hand tries to get out of the screen operating room, and we sense that there may be more to this production than meets the eye. Rhythmic richness disguises the origins of the music.

How can this be, we wonder, as we watch Acquanetta move in a circle inside an outer circle of operating room personnel, sung by the Trinity Church choir.  They step out of their customary choir stalls and into the more complex evils of the operating room. Their voices are compelling, and their acting is full of apt surprises.

The piece is beautifully produced. Bennett's costume is modeled on the film outfit of silver sequins dotting shorts and long sleeved, deeply decolletage top. The other costumes are medicinal. The set by Amy Rubin and Jim Findlay is couched in mystery and full of surprises. Daniel Fish directs to give us character and retain the mystery.

The reveal in the last part of the opera is a source at first of questioning, then suspicion, and finally satisfaction for the audience.  If you listen hard, which is a treat in this case, you may guess sooner rather than later.  In any case, this intriguing opera is not so much about identity as it is about angles of vision.  Certainly the producers of Prototype Festival demonstrate acute and entertaining vision.