A Note to Nihilists You Know Who You Art 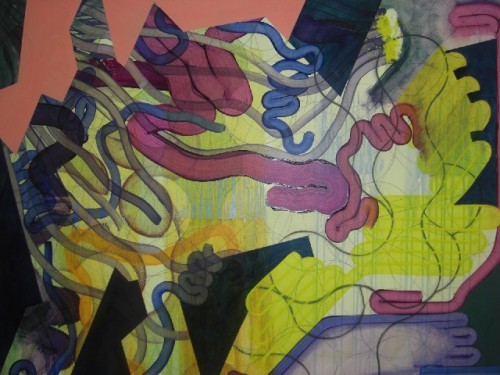 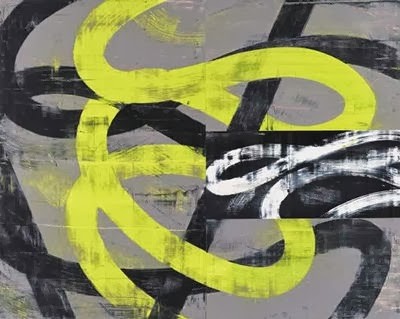 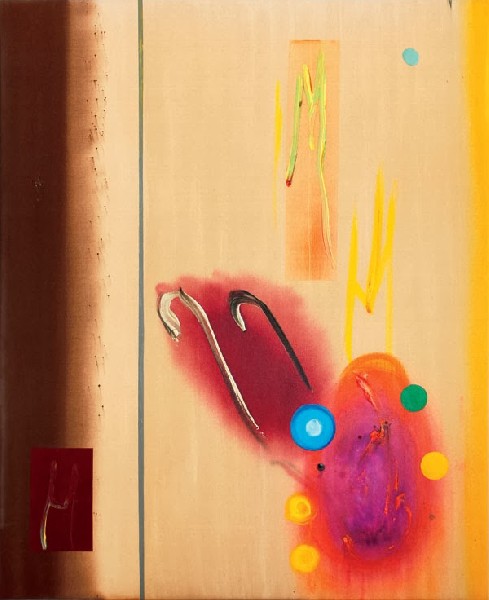 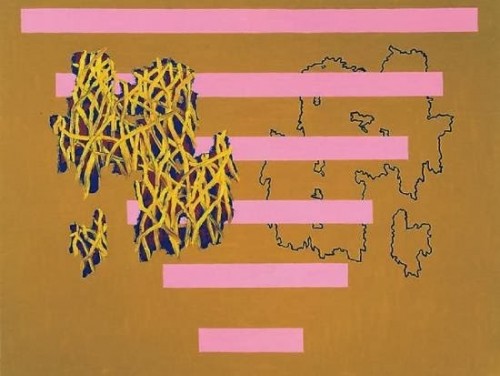 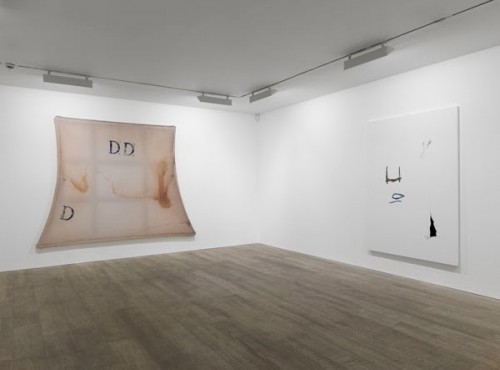 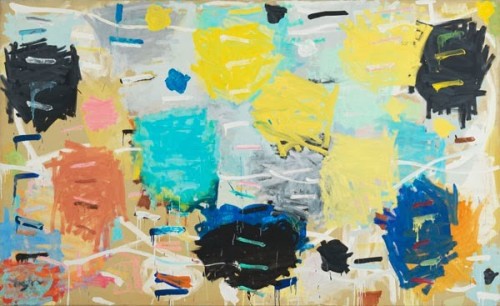 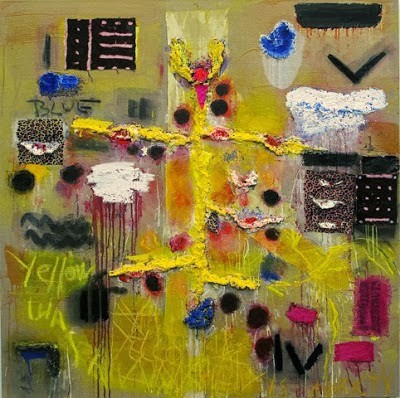 Flannery O’Conner stated that you could not understand the modern world without understanding nihilism’s central role in moving and shaping modernity. She said it was the air we breathed. As a Catholic, I assume she felt that one cannot base the way we live on either the positivism of science or superficial societal strictures of what is good and bad. I am not very knowledgeable about Catholic doctrine but I know unlike the Protestants they believe in original sin and from what I recall of St Augustine’s “Confessions” you can only overcome it through the grace of God. To say that we are all nihilists is tantamount to saying we start out our lives as fallen from grace.

That a devout Catholic living in the conservative 1950’s South should find herself as Andy Warhol’s intellectual bedfellow only proves the pervasiveness of the nihilistic strains that permeate our world. These nihilistic experiences seem to hit us from different directions but genealogically have the same origin. Warhol’s fame as an artist was due to his understanding of the role that mass media played in our perception of self; that we are no longer individuals relating to a small community but have been abducted by alien forces as it were into the universe of the electronic media.

If O’Conner can acknowledge the nihilism of society and express it fallenness then could it be that Warhol shares with her the same sense of our fallen condition and sees our mediated condition as a false transcendence?

So how to connect the dots that place O’Conner and Warhol in the same nihilistic world. Warhol picked up that mass media provides a sort of transcendence to the ordinary. On the one hand to be lifted up out of one’s existence and forced into the media is like being reburied in the human condition, a double dose of nihilism and fallenness. The fifteen minutes of fame implies transcendence of our mortal coils but only for a moment before we fall back into the banal. Is Warhol a theologian?

When I wrote about Guyton and Kassay in my article on Zombie Art, who produce ice-cold replicas of High Modernist art, I detected that the only way to get a grasp on these artist’s success was to see the correspondence between the nihilist air we breathe and their total lack of anxiety about being a simulacrum of another person’s style. I threw in some gratuitous rhetorical flourishes that painted these artists as being a sort of cultural dead end. But if you are a nihilist then dead ends are where you want to be. Especially when you take Stella’s work, which is part of the scientifically based positivist strain of modernism that looks for building blocks, “sine qua non”s and relation of parts to the whole and bleed it dry so that the copy looks like the real thing.

What is intriguing is that there are contemporary artists who paint images similar to Guyton, but who are descendants of the positivist line of Held, Stella and de Kooning. David Row and Craig Stockwell are two artists who come to mind. In the case of Row his work has its origins in Held, Murray, de Kooning. In Stockwell I see Brice Marden. I think they want the viewer to visually and intellectually experience an event, a movement of rhythms in time and space, painting that still captures the energy like the events in science that are caught on an x ray in a scientific experience. It is very Aristotelian. Concepts like energy, time and movement are crucial to its self-understanding.

But the art scene moves quickly and although these descendants of High Modernism are successful, they are not at the center of the cultural radar. The name of Raphael Rubenstein comes up often as an apologist for a new movement he calls “Provisional Painting”. Around the end of the last decade, he noticed a distinct artistic style when he made the rounds of galleries and artist’s studios in New York. It was abstract (Mary Heilmann, Aldrich), mildly ironic (Christopher Wool) and unabashedly derivative (Stanley Whitney) and in no way wanted to surpass its influences. He curated a show on the abstraction of the 80's this past year at Cheim and Read to convey that this movement was more than just a recent phenomena, but had its antecedent  in the work of for example Joan Snyder and Jonathan Lasker, although some of the antecedents such as Snyder are incredibly earnest and only look provisional.

I suspect that like Greenberg’s ideas on abstraction in the Fifties, it got codified and became a of self -fulfilling prophecy, where the artists outside of the movement (if you can call it that) start to think that this is the new wave to emulate and its ideas begin to infect the academy and its MFA mills.

What I find astonishing is there is no reference to nihilism in the samples of his writing that have appeared on line. If he had read Vattimo, a contemporary Italian philosopher, who came up with the notion of weak thought or weak ontology, he could have jumped out of his inductive reasoning, where he takes his observations of what is happening in the NY scene and extrapolates a larger premise and could have seen deductively, that what was happening in NY, in front of his eyes, was already part of the nihilistic universe that Flannery O’Conner observed. The post–modern condition has its source in Nietzsche’s vision that God is dead, which takes on more meaning if you see that he also goes after metaphysics as well as the Christian God and any vision of the world where there are absolute truths.

As a hermeneutician Vattimo thinks that thought is backward looking as well as forward looking, so that it will never abandon the metaphysical tradition completely. The metaphysical past will always haunt us as something that is still embedded in our language and institutions. Is not this what is happening with “Provisional Painting”? The edict, that was handed down from on high that painting is dead, came out of the notion that painting as embodying metaphysical absolutes was past. But can we stop painting? Can we stop interpreting the past? Is the will to say something about one’s experience of the world at an end and is not abstraction in its manifestations in the 20th century full of bits and pieces of language that we can “bricole” with.

You don’t have to espouse the absolutism of Held or Stella to borrow from their playbook. Vattimo says that there lingers a trace of that metaphysics that is absolutely crucial to our existence. We can still believe in the power of the self to have a vision of the world without espousing a powerful sense of Being and Truth, hence “weak thought”.

I think working inductively creates problems for Rubenstein, when he tries to extrapolate back to Matisse, Bonnard and Giacometti the provisionality of his acolytes. He sees an erasure in Matisse and assumes he is only problematizing what he is doing. But Matisse’s work grew out of a quest for scientific truth where color has power to push and pull optically. He created positive visual events as does Row and Stockwell, and, if he erases something, it is only to bring him closer on his path to a cognitive whole. Genealogically, the late cutouts of Matisse lead right into Rothko and on to the minimalsim of Ellsworth Kelley and minimalism.

Giacometti struggles to pin things down from his existential point in space .The more he tries to capture what he sees, the further away it moves from him. Nothing provisional about that. He is a phenomenologist of the experience of man under the Lacanian gaze of the other. The world provisional sounds so flaccid. How can you not feel the deep anxiety and sense of failure in Giacometti’s work? Some of the contemporary artists thrown into this bag of provisionalism tell Rubenstein there is nothing provisional about their work. But little of Giacometti’s angst is to be seen in the artists that Rubenstein espouses.

Vattimo’s “weak thought” would be a perfect concept to encapsulate where painting is in Rubenstein’s provisional world. Vattimo sees a weak connection to Being in a positive light as a sort of enlightened nihilism. As in Richard Rorty’s world we at best bounce off of each other interpretively and creatively, to establish horizons of meaning without insisting that our values are superior. Vattimo even claims that these are the characteristics of Nietzsche's Superman. When taken in the context of what Malcolm Bull sees as Vattimo’s misunderstanding of Nietzsche, we can see that the problem with provisionalist painting today is the ironic weakness it espouses.

For Nietzsche interpretation is evidence of the will to power.” It is a means of becoming the master of something.” Bull says: ”Interpretive failure occurs when someone ‘no longer has the strength to interpret’ for ‘exhaustion changes the aspect of things, the value of things’. For Nietzsche interpretation and value creation are inseparable. Whereas the strong ‘involuntarily give to things and see them fuller, more powerful and pregnant with future… the exhausted diminish and botch all they see-they impoverish the value’. It is hard to knock a movement that controls the gallery scene and gets top dollar for its work but it is only in the context of galleries with high ceilings that the work takes on any heft. As T.S. Eliot said: “This is the way the world ends. Not with a bang but a whimper.”

In a “Brooklyn Rail” interview Rubenstein sees the provisional movement as a reaction to the slickness of work by Currin, Koons and Murakami. I have observed this sort of reactive event in the New York scene several times over. Chuck Close comes to New York looking to stand out from the minimalist crowd, and, according to  an urban legend, espouses photorealism as a means to this goal.

Neo- Expressionists react to minimalism and some of them like Schnable survive to be part of the provisionalist reaction to world wide corporate slickness. So it goes the agonic battle between generations. To know that it all functions under the umbrella of nihilism would be a good critical tool that would help critics understand the different strains of nihilism and maybe put the fire in the belly of the next generation to overcome the shadow it casts on all we do.

Reposted from the blog of Martin Mugar with his permission.