Hiphopera, Tap, Berkshires and Beyond 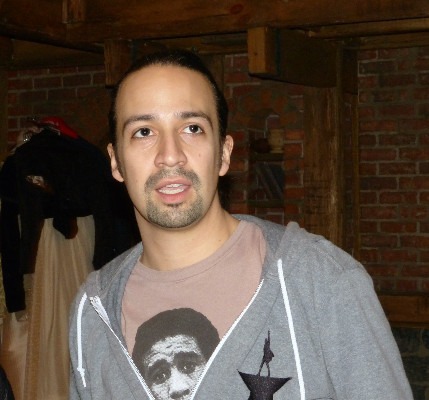 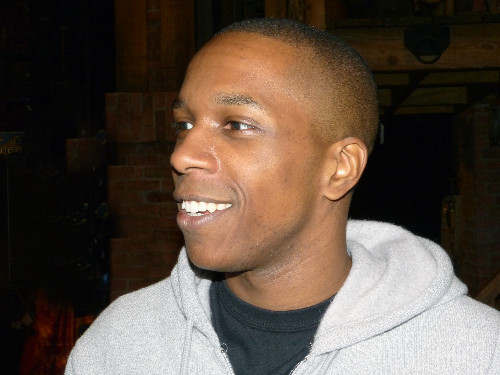 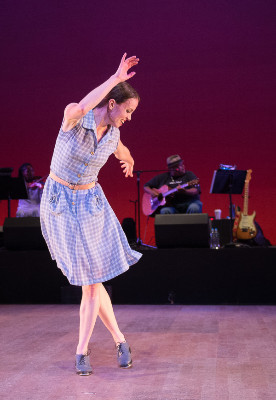 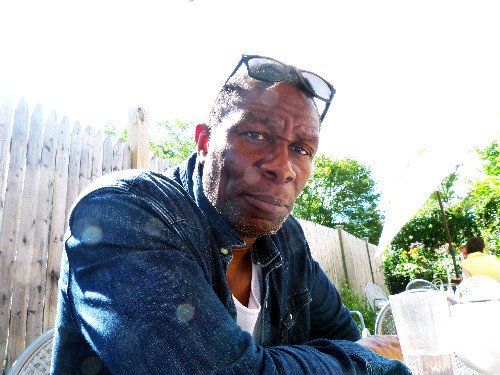 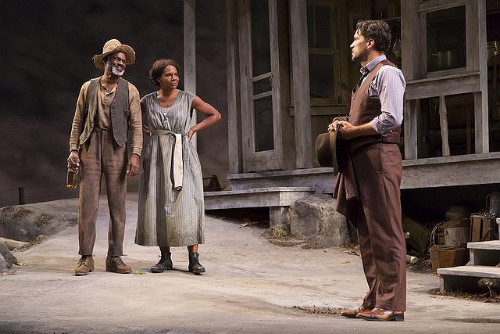 Williamstown production of O'Neill's "Moon for the Misbegotten." WTF photo, 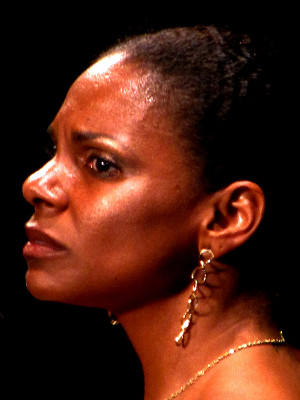 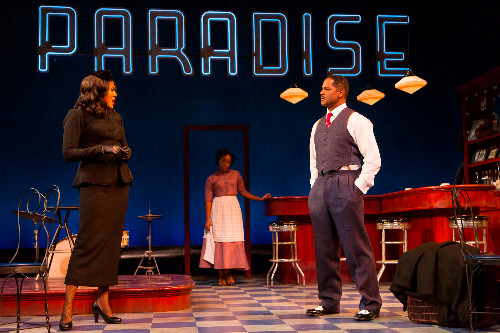 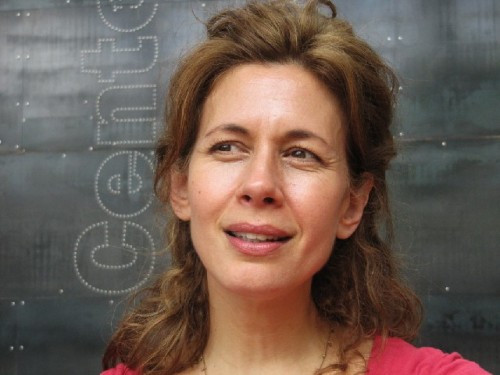 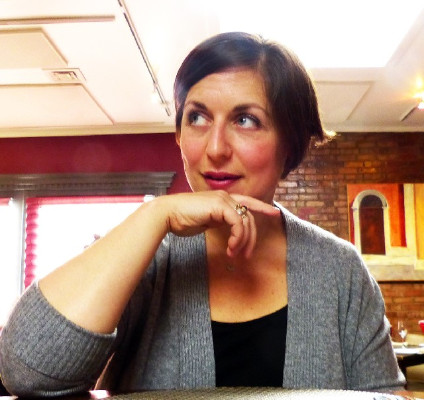 This was the first season for Mandy Greenfield as artistic director for Williamstown Theatre Festival. Giuliano photo. 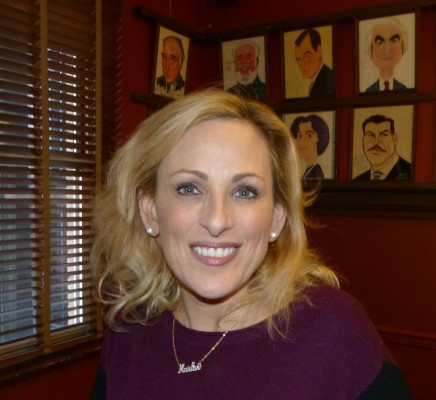 Marlee Matlin on Broadway for the first time in a production of the musical Spring Awakening. Giuliano photo. 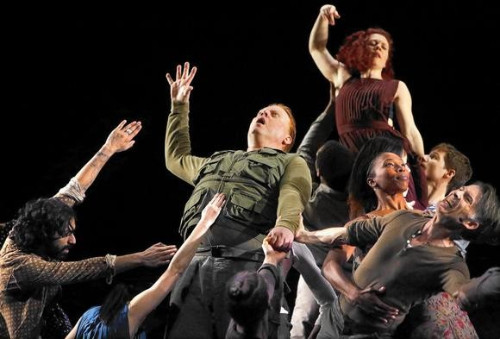 Rite at the Williams College '62 Center. 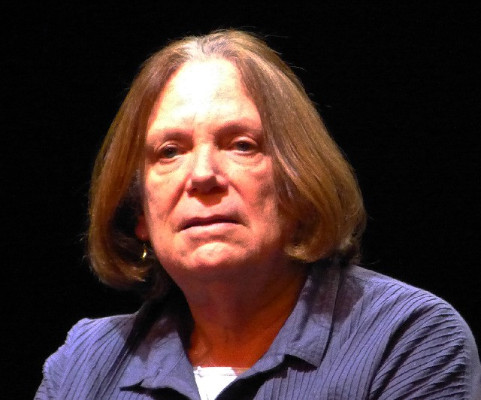 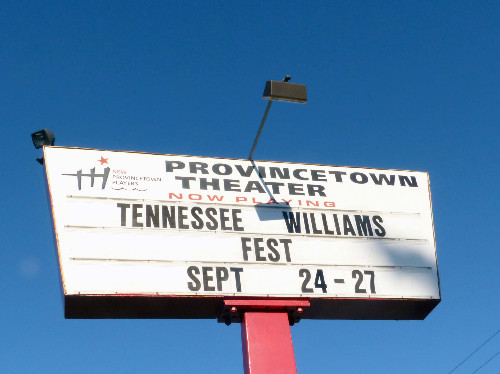 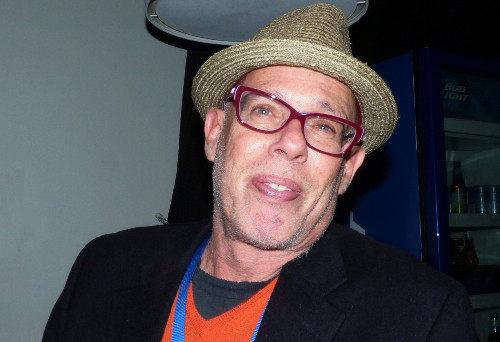 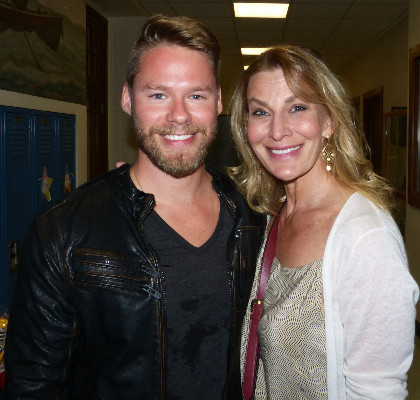 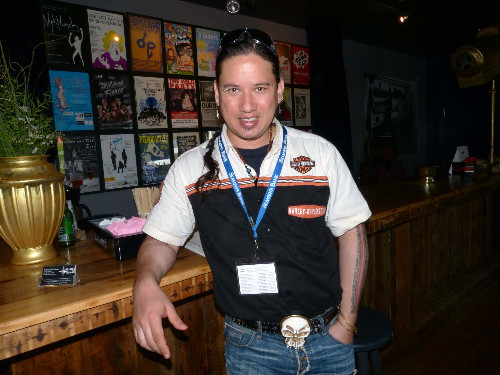 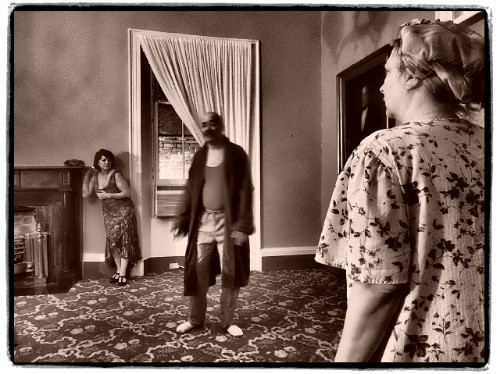 Hamilton's photos of the New Orleans production of The Hotel Plays. 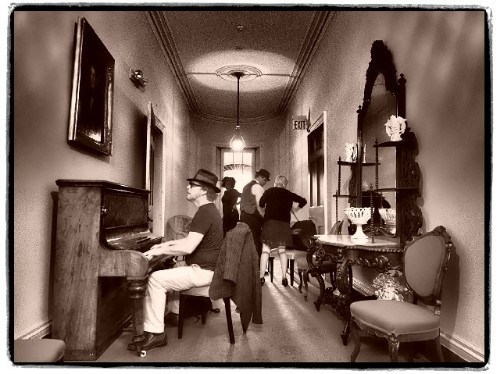 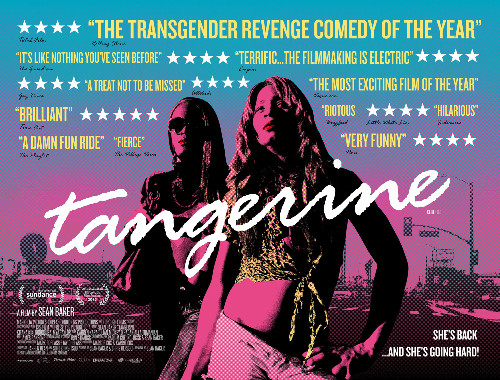 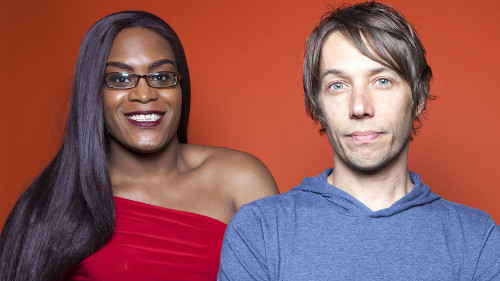 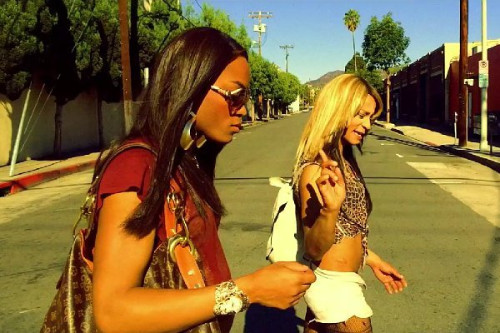 In "Cat on the Hot Tin Roof" there is a scene when Big Daddy asks his son Brick why he drinks. Balancing on crutches Brick answers that he drinks until he feels the "click."

That may well describe what a singular experience in the arts feels like. There are definitely times when you feel the click. In psychology this is described as a peak experience. It's that phenomenon of the divine and sublime that keeps us coming back for more. Or puts us on airplanes and in  cars seeking out an epiphany like Knights of the Round Table on quests to find the Holy Grail.

For those who cover the arts and culture the terrain separates into genres of high culture including classics and standards of the canon, middle brow or popular culture comprising productions and performances pitched to the broadest possible popular audience, and kitsch which generally means low brow or vernacular art forms that foment from the marginalized, poor, ethnic or regional art forms.

In some of the most exciting developments of the past year there have been efforts to combine and disrupt those categories. What happens, for example, when street culture in the form of rap, hip hop and break dancing are the backbone of a Broadway musical? When tap dancing results in the most astonishing company  at venerable Jacob's Pillow. As has long been anticipated, the most cutting edge film of the year was entirely shot on I Phones.

There is a long tradition of reconfiguring Shakespeare, to update or modernize the Bard by retaining the language but changing the era and context. But what happens when there are truly fresh and inventive approaches to Tennessee Williams, Arthur Miller, and Eugene O'Neill with productions that explored new paradigms for iconic theatre.

It is the risk taking of the most ambitious and innovative contemporary work that results in the ennui of productions that aim to please, fill seats but fail to challenge, educate or inspire audiences. Annoyingly even the most ordinary performances get pro forma standing ovations. In the land of  the blind the one eyed man is king.

Unquestionably 2015 will be remembered for the hiphopera "Hamilton" the creation of Lin-Manuel Miranda that has redefined the possibilities for Broadway musicals. It has been that rarest of events when critics and audiences agree that something truly remarkable has happened on stage.

Yet again popular art has evolved into the mainstream. Combining hip hop, break dancing, rap and street culture "Hamilton" will sweep the Tony awards this season.

Even before the confirmations of awards an open ended production is scheduled for Chicago and another is being discussed for Washington, D.C.

The New York production is sold out for the coming year and will surely be on Broadway, with cast changes, for years. This is the show that everyone wants to see.

We lucked out during a week of New York theatre while attending a conference of the American Theatre Critics Association. Our California colleague and BFA correspondent, Jack Lyons, provided several prime tickets at "house" prices.

Talking with Leslie Odom, who plays Burr, after the performance we asked about the diverse casting. He commented that in the script next to many characters there is a note specifying  a "non white" actor.

This proved to be true for several productions in the Berkshires this season.

Yet again John Douglas Thompson was remarkable as Ira Aldridge in "Red Velvet" for Shakespeare & Company. He depicted the efforts and rejection of the first African American actor to perform as Othello on a major London stage. The 19th century pioneer was shut down after just one performance. There were vicious, racist reviews although he was well received by the audience.

Thompson delivered the most outstanding performance by a male lead in a drama. The foremost female lead in a drama was the sublime Audra MacDonald in an edgy reinterpretation of Eugene O'Neill's "Moon for the Misbegotten" at Williamstown Theatre Festival. It was directed by Gordon Edelstein. This was a production that deserved to transfer to Broadway. The New York Times review, however, did not agree.

For her first season as artistic director, Mandy Greenfield, further pushed the envelope on the main stage with an all black cast for "Paradise Blue" by Dominique Morisseau directed by Ruben Santiago-Hudson. While ambitious I had mixed responses to the production particularly a disappointing performance by the often superb Blair Underwood. In a supporting role De’Adre Aziza provided the sizzle in the steak.

The Berkshire season traditionally opens with back-to-back musicals in Pittsfield. Jeff McCarthy was just about all that was memorable about "Man of La Mancha" at Barrington stage. "Bells are Ringing" was a similarly dated musical but with a superior production at the Colonial Theatre. Kate Baldwin was just fabulous paired which her husband, Graham Rowat, who was quite fine as the lead male.

There were a number of memorable performances during the Berkshire season.

As always Jessica Hecht was astonishing in "Legacy" at WTF. We have been spoiled by seeing her so many times at Williamstown. Her performances as so unique that they deserve their own category.

There was much to like about the production of "Lost in Yonkers" for Barrington Stage. I just loved everything about the wacko musical "I Saw My Neighbor On the Train and I Didn’t Even Smile" by Suzanne Heathcote, directed by Jackson Gay with composer, Ryan Kattner on the Unicorn Stage of Berkshire Theatre Group. Kudos also to BTG for Pinter's "Homecoming."

On Broadway Ivo Van Hove brought a dramatic new, minimalist interpretation to Arthur Miller's "A View from the Bridge." Both deaf and hearing performers brought fresh energy to a revival of the musical "Spring Awakening." It was heart warming to see the elderly actors James Earl Jones and Cicely Tyson bringing energy and life experience to "Gin Game." There was much food for thought in the intimate and poignant musical "Fun Home."

On average we cover six or seven performances each season at Jacob's Pillow. We were blown away by the inventive work "The Blues Project" by tap innovator Michelle Dorance and her remarkable company. The musical score was provided by singer/ composer/ guitarist Toshi Reagon and her band BIGlovely. Dorrance Dance will return this summer in the final program of former artistic director, Ella Baff.

Of all of the art forms, arguably, dance is the most compelling abstract, sensual and cerebral. It is difficult and challenging to write about. Unless you are trained in the medium most writing is by default descriptive. Former dancers evolved as critics  provide technical information but often as an alternative to engaging the evocative emotion of what happens on stage.

During an ATCA conference during the Human Festival in Louisville, for the most part, our peers were flummoxed by a production of "Steel Hammer." It deconstructed the folk legend of John Henry with a confluence of dance, movement and text by the avant-garde Tadashi Suzuki method Siti theatre company directed by Anne Bogart.

Interacting with senior critics several insisted that "Steel Hammer" was not theatre. With decades of background in performance art, contemporary dance and theater Astrid and I were fascinated by the hybrid production which was indeed challenging.

We were eager to experience more of the company when it performed at the '62 Center of Williams College in "A Rite" which was developed in collaboration with the Bill T. Jones/ Arne Zane Dance Company. In recent years Jones has often created works with dancers reciting text in ever more literal narrative works. The entropy of these experimental companies converging in a free form interpretation of Stravinsky's "Rite of Spring" was intuitive and perhaps inevitable.

Our New York critic colleague and friend, Edward Rubin, sends out daily blasts. Months ago he raved about the independent, low budget, over the top, total gonzo film 'Tangerine."

It is the kind of cutting edge indy that has a brief run in a handful of art houses in major cities and then, poof, is gone. While intrigued by Rubin's comments, who is spot on when reporting on new work, there was little or no possibility that the film would come to the provincial Berkshires.

Imagine my surprise when it showed up on Netflix. I warned Astrid that it was going to be rough, and how, but utterly absorbing, hilarious and insightful. The game changing film, directed by Sean S. Baker and written by Baker and Chris Bergoch, focuses on trash talking transvestite prostitutes in LA.

Much of the dialogue is ad libbed by real life "actors" which play themselves. "Tangerine" is essentially a docudrama. Just released from a stint in the slammer Sin-Dee is hell of wheels. Her pimp and lover Chester (James Ransone) has been cheating with a "fish" (slang for a biological female).

It’s Christmas Eve, and Sin-Dee is a train wreck on a mission as we learn perhaps more than we want to about the LA sex trade. This is not a film for the prim and squeamish.

The content, format and style of the film is so outrageous that one assumes it's a bit of a mess. Beyond the slice of life shock impact the film is remarkably well crafted. There is a galvanic sub plot entailing an Armenian-American cab driver named Razmik (Baker regular Karren Karagulian, also an associate producer here) who puts money on the dash board when paying to go down on  trannies. He has abandoned his family to "go to work" but is hilariously pursued by his mother-in-law who doesn't believe him. Oh my.

In the past few years we have visited a number of cities to attend the well organized conferences of ATCA. In April we met in New Orleans and this year it's Philly and after that San Francisco.

During our time in NOLA there was an overlap with the annual Tennessee Williams Festival. One of the most remarkable experiences was a performance of his "Hotel Plays" in which the audience was shuffled about in rooms of a French Quarter mansion that provided a remarkable ambiance. We heard former New Yorker theatre critic, John Lahr, who lectured on his dense, 600 page book on Williams. It inspired both Astrid and me to read it.

The "Hotel Plays" were directed by David Kaplan who is the curator of the Provincetown Tennessee Williams Festival. We attended the festival in late September which was staged all over town including a performance on the beach and another on the deck of the motel/ club The Boatslip. We were on the move day and night with a busy schedule.

It was great again to interact with NOLA photographer, Ride Hamilton, who generously offered to share his stunning images. While in P'Town we viewed and wrote about his exhibition at Berta Walker Gallery.

Kaplan's festival provides an edgy exploration of the dark and experimental side of our greatest and least understood giant of American theatre. We plan to return and hopefully make it an annual event on our busy arts calendar.

For now we are hunkered down with projects. Baby it's cold outside as we recharge batteries and get revved up for another season.