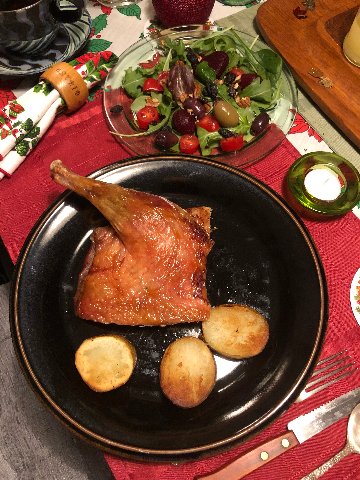 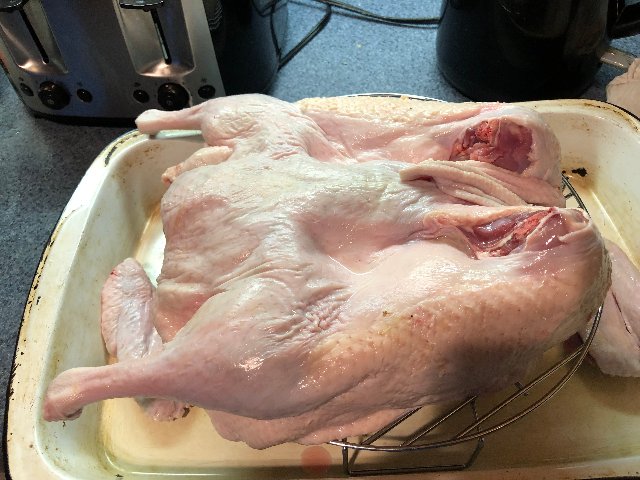 The raw duck spatchcocked and placed on a rack. 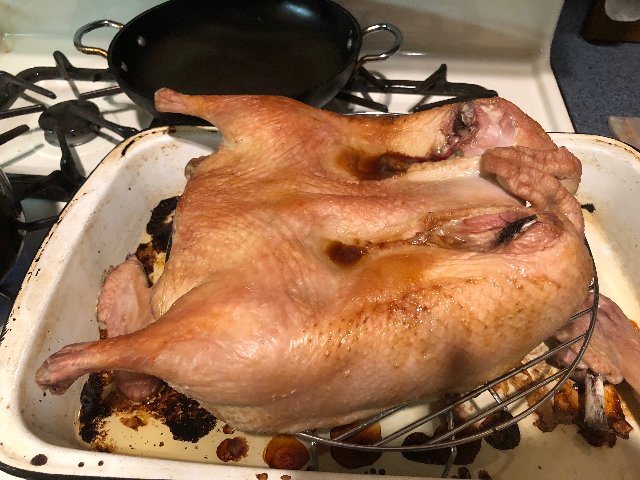 Basted after half an hour. 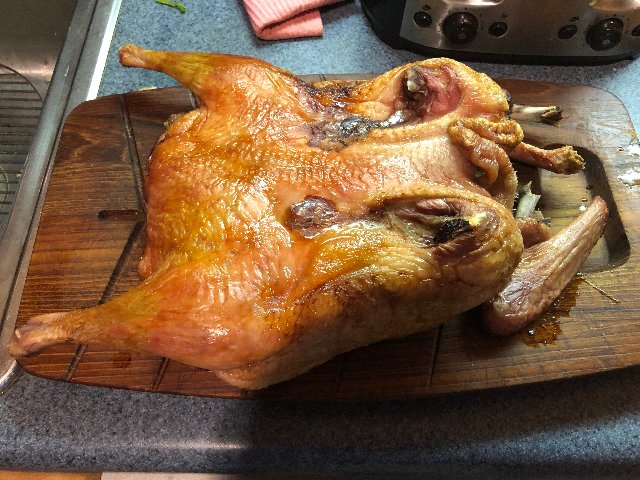 Resting on a cutting board. 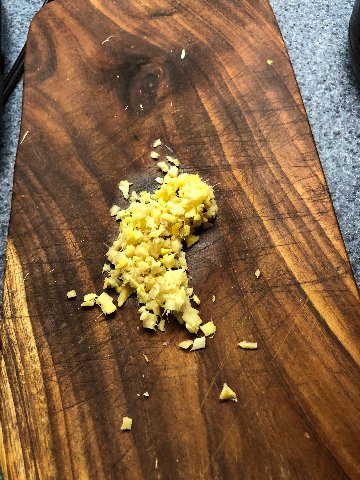 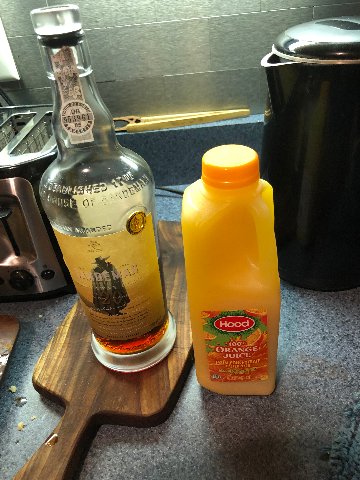 For New Year’s Eve, entering the third year of Covid, we opted to hunker down and watch the ball drop in Times Square. Just the two of us with a toast of cranberry juice at midnight. We had already enjoyed small glasses of vintage Sandeman port.

Opting for a festive meal I spatchcocked a duck.

The fowl was washed, patted dry and had its innards (packaged) removed. I had to cut free the neck with was boiled to create stock for the sauce.

Using kitchen shears the breast was cut and the duck butterflied.

It was spread out on a grill elevated over a roasting pan. That meant not sitting in its own copious fat drippings. It also allowed for even heat and cooking.

The fowl was covered with soy sauce.

The oven was set to 350 and the duck was checked and basted after half an hour. Then again after another thirty minutes.

A thermometer was inserted in the thickest meat and registered 165 degrees. Some 175 is recommended but we found that the meat was perfectly cooked and juicy.

Removed from the oven the duck was allowed to rest as the sauce was prepared.

The fat was carefully decanted until the pan had the darker meat drippings. This was added to a sauce pan with the broth boiled from the neck. This was set to boil and allowed to reduce.

To make a sauce a nice chunk of ginger was minced. To that was added an equal amount of minced garlic.

I tend to eyeball rather than measure ingredients. Let’s call it a cup of orange juice and a generous pour of port. Brandy or some other liqueur works just fine. To this were added a good amount of soy sauce and for fun a splash of maple syrup. A bit of honey also works.

We reduced the sauce but on other occasions I have thickened with arrowroot. The idea is to make enough for two dinners. I prefer to serve it over rice but we had pan fried potatoes.

Using kitchen shears it was easy to quarter the duck. The wings had been removed when the duck was originally prepped. That meant more even cooking and the wings were cooked under the rack.

The meal was completed with an arugula salad and a fine bottle of burgundy.

The good news is that we have half a duck to share for another fine meal.